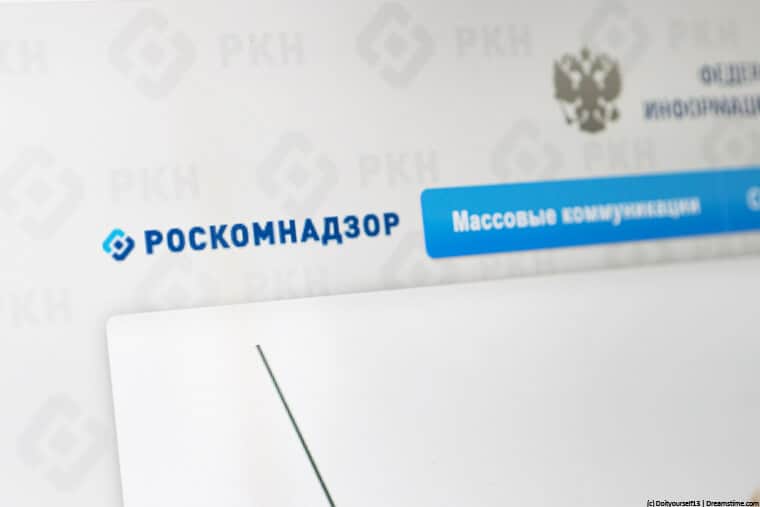 Russia has stepped up its crackdown on internet freedoms and VPNs in particular by blocking six VPN providers that it deems to be enabling the Russian people to access illegal content online.

According to the Roskomnadzor, Russia's official communications regulatory authority, it has blocked some of the biggest names in the VPN industry. Their official statement can be read here [in Russian].

Why Roskomnadzor is really blocking VPNs

The official statement includes some quite remarkable claims.

It says that the use of VPNs in Russia allows internet users to access prohibited information and resources and ‘creates the conditions' for illegal activities, including those related to the distribution of drugs, child pornography, extremism and suicide.

Needless to say, it makes no mention of the main reason that most Russians make use of VPNs, which is to access content that has been blocked for purely political reasons.

This includes websites and news content from Russia and from outside which is critical of the regime of the Vladimir Putin government and of the endemic corruption that it oversees.

Virtual Private Networks (VPNs) not only allow Russians to bypass this political censorship of the internet, but they also keep political opponents of Putin, human rights activists, and others safe from Russia's draconian internet surveillance systems.

While it is, of course, possible that some Russians use VPNs to access content that is illegal for reasons other than political ones, they will number very few and this is an unashamedly political move.

The Roskomnadzor's may be trying to imply that this is not a political move, but its other recent activity suggests otherwise.

It regularly fines western-based social media companies for allowing posts that encourage people to attend anti-Government protests and also recently accused Google and Apple of election interference for the heinous offence of not taking down an app created by Kremlin critic Alexei Navalny.

Why the Roskomnadzor VPN block is doomed to fail

Perhaps the biggest question the Roskomnadzor will now face is whether it actually has the technological capabilities to deliver the blockade it has announced.

It claims in its statement that it does have the ability to block all six of these VPNs across Russia. But many experts question this.

OONI, an open data resource on internet censorship around the world is currently showing little signs of any blockades against the websites of the services in question. However, continual monitoring in the coming days is required to paint a broader picture.

ExpressVPN and NordVPN in particular have a hugely impressive record of keeping their service online despite the best efforts of authoritarian regimes and internet behemoths to stop them.

Both of these VPNs still work inside Communist China which has the most sophisticated online censorship system on earth. If even China, with its seemingly bottomless pit of resources can't block them, what chance does corruption-ravaged, impoverished Russia have?

Their track record of blocking services is not great either. Just take a look at the Roskomnadzor failed attempts to block Telegram as one high-profile example of this.

ExpressVPN has not publicly commented on the block in Russia at the time of writing but are expected to take steps to ensure that Russian subscribers are still able to access their service as usual.

NordVPN responded to the developments stating “Russia already has a long list of websites, messaging apps, and other digital services that are blacklisted, as well as a series of laws that threaten the prosecution of bloggers and allow authorities to ban websites without a court order.”

They continued, “Social media websites are under constant surveillance as well. Plans to block VPNs are just another move to strengthen governmental control over online communications.

If you are a NordVPN or ExpressVPN user in Russia and have experienced service issues, our advice at the moment is to be patient and give these providers a chance to get their workarounds in place.

If Russian readers are concerned about being able to access their service, don't worry.

We will keep you fully updated on developments. If you do want to consider some alternative VPN providers, here is our up-to-date and detailed rundown of the best VPNs to use in Russia right now.

The Roskomnadzor has a pretty dire record when it comes to actually enforcing bans on services it doesn't like. There is few reasons at the moment to think that these bans will be any different.