Chen Yuzhen and the risks of using a VPN inside China 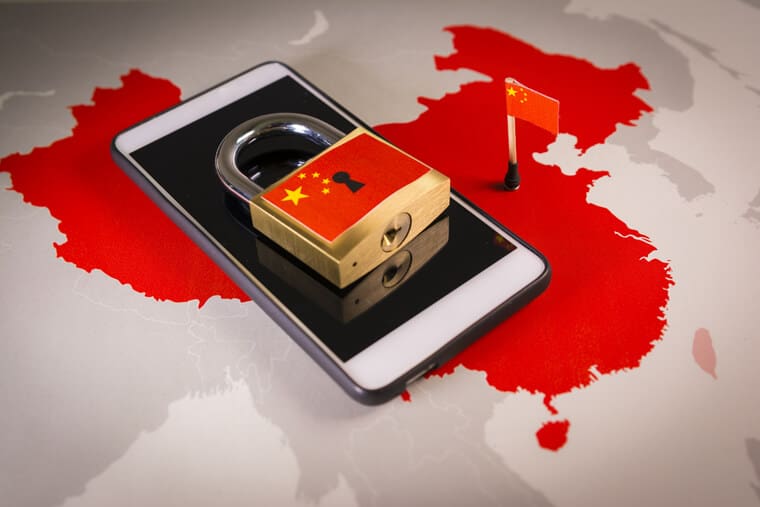 A Chinese student has been forced to flee the country after being targeted by Chinese Communist Party (CCP) authorities for sharing details of his VPN account with friends and contacts online.

The story of Chen Yuzhen is a cautionary tale for anyone who is considering using a VPN inside China to bypass the Great Firewall and enjoy uncensored access to the internet.

It also teaches us all a valuable lesson about the importance of discretion when using a VPN in a totalitarian state like China.

Chen’s story, which he shared with Radio Free Asia begins as with many Chinese youth – he grew up in Anhui province, a good, loyal, brainwashed party supporter. He describes himself as being a “little pink”, a term commonly used for a vocal online supporters of CCP policies.

But as with so many Chinese, it only took one visit to a democratic state for Chen to realise the massive flaws of his own countries regime. In his case, it was a spell studying in Taiwan, a thriving independent democracy which China still hopes to annex.

Chen revelled in the freedoms of Taiwan and when the time came to return home, he was reluctant to give them up. So, he signed up for a VPN, explaining that “I got a paid VPN service because many of the free services were blocked [by the CCP regime]”. 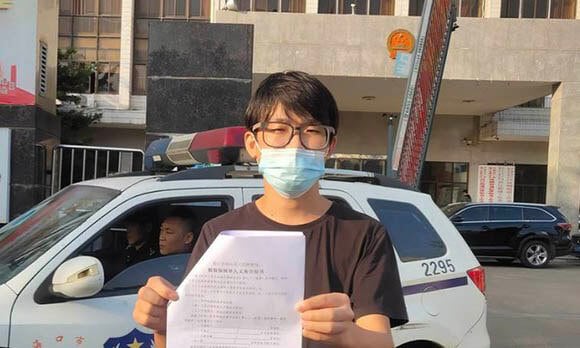 A lot of paid VPNs are blocked inside Communist China too but if you choose the right one, it is possible to evade the censorship and surveillance that is prevalent on the internet in China and access the web freely.

If you want to find a VPN that works inside China, out guide to the Best VPNs for China is a great starting place.

However, since 2018, VPN use in China has been technically illegal and if you are caught using one, you are at risk of being fined or even worse. As a result, discretion is crucial.

But Chen instead chose to share his VPN login with his friends and classmates at Hainan Tropical Ocean University. He reason for doing this was simple. He knew how great the internet without restrictions was and wanted his friends to enjoy the same benefits that a VPN was giving him.

It is a laudable approach but in Communist China, a very dangerous one, as Chen was to find out.

“In the beginning, I just shared it with my friends, and then with many more internet users as time went by,” Chen explained to Radio Free Asia. “I found it useful, and I had paid for it, so I recommended it to them.”

Communist China is a surveillance state and being so open about the fact that he was using a VPN was always going to put Chen at risk.

Whether he was betrayed by a friend or the CCP’s online surveillance picked up his messages is unclear. But what is clear is that in the early hours of June 2020, CCP police officers broke into Chen’s apartment and arrested him.

He was held at Haikou City Police Station and interrogated for two days. His mobile phone was seized and examined and he was repeatedly asked about ‘foreign friends’ and whether he had joined any organisations.

Then Chen got a break. He was going to be sent to a detention centre but they refused to take him as he had a high temperature (this was during the COVID-19 pandemic) so he was instead released on bail.

“They asked a lot of the same questions in many different ways, then gave me a document [with the charges], saying I was on bail pending trial,” Chen explained.

Having posted bail of 10,000 yuan, Chen was constantly harassed by the Chinese authorities and in the end decided that he had no future in China. He applied to study in democratic South Korea and left China on December 31st 2020.

Chen now runs a YouTube channel promoting the benefits of freedom and advocating Chinese democracy. Such activities mean it is likely he will never return to China while the CCP is in power.

His story is a powerful one and has lessons that all VPN users can learn from.

Firstly, yes a decent VPN will help you to get around the Great Firewall and enjoy uncensored internet access in China. Our guide recommends the best VPNs for this job on the market at the moment.

But it also teaches us that there are serious risks if you are caught using a VPN in China. You could face long-term detention, police harassment, significant fines, and worse.

If you are going to use a VPN in China, be discreet. Keep it to yourself, hide the app on your device or carry a burner phone to give to the authorities, and use features like the kill switch to hide what you are doing.

VPNs are essential for many people in Communist China, but it is important to remember that there are risks associated with using them.