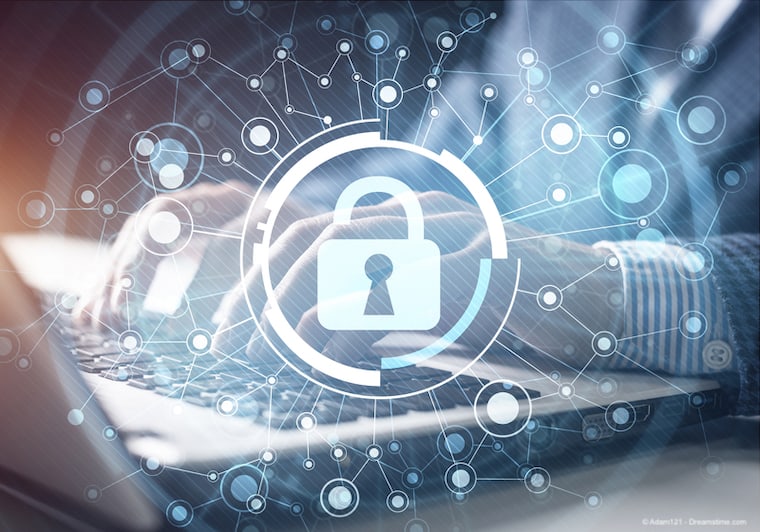 A new survey has revealed that since the coronavirus lockdown forced many office workers to begin working from home, there has been a big spike in the number of suspicious emails and actual cyber-attacks they have encountered.

For a lot of workers, this is creating a great deal of stress, not least because of the insecure corporate devices they are having to work on.

But the survey also found that a majority of remote workers are using a VPN to keep themselves safe online, although the rollout of other online security tools seems to have been much less comprehensive.

The survey was carried out by the UK cybersecurity software company SentryBay. They asked 1,550 British people currently working from home a series of questions about their cyber-security experiences with some extremely troubling results.

A huge 42% of those remote workers surveyed reported that they had received a suspicious email, while almost one-in-five (18%) had actually had to deal with an online security breach.

Social media has also apparently come under sustained attack too. 42% of respondents reported that either they or someone in their family had seen a social media account hacked or an attempt to hack it being made.

It is clear that these cybersecurity attacks are causing increased worries for remote workers, many of whom are probably used to just picking up the phone to their company’s IT department and then letting them solve any problems they have.

Almost half of those asked (49%) reported feeling vulnerable as a result of using insecure corporate devices to connect with their corporate networks.

One question that this survey doesn’t answer is whether this data represents an overall increase in the number of attempted cyberattacks taking place. Remote working means more workers are having to deal with these issues themselves but it doesn’t necessarily mean they are happening more often.

The roll-out of online security tools

With more people working from home and using devices outside the office IT infrastructure, we are also seeing an increase in the use of online security software and tools. The question is whether this is keeping pace with the increase in remote working and growth of threat experiences.

According to this survey, just 21% of respondents said they either hadn’t been given additional online security software or tools or were unaware of them if they had.

That is an encouragingly low number but it does still mean that 1 in 5 remote workers remain unprotected on their remote working devices.

More than half of those surveyed (56%) said they had been given access to a VPN. This is crucial as a VPN will encrypt all of their data to keep them safe from hackers and enable them to access sensitive corporate content in a secure way. A VPN also protects users online privacy too.

VPNs as part of a suite of online security tools

A lot of companies and remote workers seem to have got this message if this survey is anything to go by. 41% of respondents claimed to have been issued with standard anti-virus software but only 28% said they had received protection specifically for the endpoints and applications they were using.

But these figures still mean that less than half of remote workers have been equipped with these basic online security tools to keep them safe online and that is a big concern.

As Dave Waterson, the CEO at SentryBay, said in response to his company’s survey, “The endpoint, or device, is often the weakest link in the security chain, and data has shown that it is where 70 per cent of breaches originate. Enterprises need to wake up and extend the security perimeter so that it encompasses all the devices that employees are using.”

Now is the time to secure remote workers

With the lockdown and enforced remote working looking like it is here to stay for a good few months more at least, there is no time like the present for companies and remote workers themselves to take steps to secure themselves and their devices.

Indeed, this survey also found that 63% of respondents want to keep from home at least some of the time after the lockdown has lifted. 23% want to do it all the time.

This suggests that even after the coronavirus crisis has ended, we are likely to see a fundamental change in the way people are working with remote working becoming increasingly common.

Workers and company should, therefore, take the time and invest the resources to create a secure remote working environment now. Our exclusive guide to secure and safe remote working is the ideal place to start.