Home » Guides » Articles » Proxy.sh is Dead: The Story of a Vanishing VPN

Proxy.sh is Dead: The Story of a Vanishing VPN 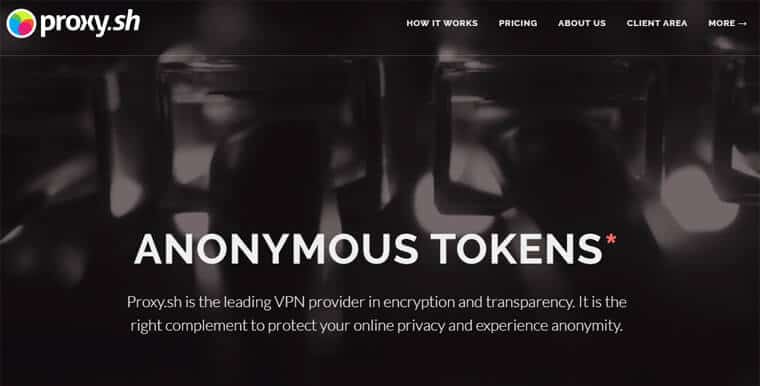 If you had been using Proxy.sh until recently, you have been part of a rapidly dwindling group of people. And now, you will find yourself VPN-less, since Proxy.sh appears to have disappeared without a trace.

Proxy.sh was a small VPN which launched back in 2013. Some once viewed it as being right at the cutting edge of VPN technology. The service innovated in its infancy but it wasn't without controversy from the outset.

It was around the time that Proxy.sh first launched that tech publications first began to take a serious look at VPNs and the companies behind them.

An analysis of the privacy policies of Private Internet Access by the website Arstechnica led to Proxy.sh doing an industry-first and announcing that it planned to become the first VPN to issue a transparency report.

They pledged to publish details about abuse notices they received and how they responded to them. In fact, in the years that followed, these reports gave an insight into interesting communications between law-enforcement, copyright holders and VPN services.

However, this promise quickly unravelled under scrutiny and led to Arstechnica taking a closer look at their own privacy policy with the help of the Electronic Frontier Foundation (EFF).

“No exaggeration,” he continued. “Seriously. The very worst government requests are exactly the only ones that they'll honour.”

The policy states that Proxy.sh would comply with third party data requests in relations to a long list of possible offences. Those offences are precisely the ones that authoritarian regimes are likely to cite as a reason to chase down and persecute a person who disagrees with them.

If this wasn't enough, the policy was a tacit admission that the no logs promise that Proxy.sh made a big deal about on their website at the time was utter rubbish. The Arstechnica debacle was a learning curve for the start-up provider and things gradually improved.

Another incident that harmed Proxy.sh's reputation in 2013 when it readily admitted to using Wireshark to spy on one of its own servers.

They apparently took this decision after a complaint from a family that one of their daughters had been abused by a user of one of their Chicago servers. For some bizarre reason, Proxy.sh decided to take it upon themselves to deal with this issue.

When challenged about whether this was how a VPN should behave in light of widespread user anger at the move, Proxy.sh staunchly defended their actions.

Even though Wireshark was only in place for a very short amount of time, the incident did their reputation for user privacy a massive amount of damage.

Fast-forward to 2016 and VPNCompare.co.uk broke the news that Proxy.sh had announced out of the blue that they were removing one of their French servers from their warranty canary.

“We would like to inform our users that we do not wish any longer to mention France 8 (85.236.153.236) in our warrant canary until further notice,” they announced with the clear implication that this server was subject to a warrant that they were complying with, but a gag order prevented them from saying as much publicly.

As we pointed out at the time, this action was far from satisfactory because “the France 8 server coupled with their French servers in general continue to be some of the most utilised of their network.”

To this day this is one of very few incidences of a VPN provider having their warrant canary triggered and we will never know the full details why.

From that point forward it was far less vocal and innovative than it had tried to be before. By 2019, we started to hear the first rumblings of discontent from Proxy.sh users.

There were complaints about connection issues and reports that communication with the Proxy.sh customer support team going unanswered.

In November of 2019, we attempted to make contact with Proxy.sh in an unrelated matter. This proved hard work and it took until Christmas Day of the same year to receive a response.

When a reply did finally arrive, Proxy.sh admitted there had been some recent issues.

However, their response should explain what happened to the service, “one of our team members died and this hugely impacted our operations, as well as our overall motivation.”

We obviously have no way of verifying these claims but have no reason to disbelieve them. The implication of the statement was that Proxy.sh was run by a tiny team indeed, with possibly just one primary ‘key holder'.

Sadly the passing of any significant figure in a small tech company raises the complicated question of what happens to our digital responsibilities and assets after we have left this world.

It's a question not just for business owners, but for all of us moving forward in our technology driven world.

Proxy.sh was always very closed about who owned the company or who it was run by.

Staff were always listed on the website using their first name only – Paul, Pauline, Boian, Vicki and Lou. In our communications with them over the years, we never got any more personal details than this.

The company that was listed as owning Proxy.sh is called Three Monkeys International Inc. An entity thought to have been registered in the Seychelles but a past investigation by Arstechnica couldn't confirm or deny this.

Their website claims that “our portfolio comprises more than fifty companies or start-ups”.

Proxy.sh has claimed in public statements that they are not based in an English-speaking country. However, as with many VPN services, they are registered in off-shore jurisdictions but none of the staff actually work there, instead finding themselves dotted across the globe.

A name often linked with owning the company was Pauline Morel but this appears to be nothing more than a nominee director used to set up the company in the Seychelles and keep the real owners' details private.

The only real person who can be categorically linked to either Proxy.sh or Three Monkeys International is Boian Mihailov who was listed as the ‘senior network engineer' and who regularly signed their warrant canary.

Boian is still active on Twitter and is listed as being part of another company (vpnwholesaler.com) that creates VPN apps for different companies. It is not clear whether he was a hired techie or actually involved in the ownership of the company.

Two websites for Three Monkeys International Inc. (3mi.co & 3monkeysinternational.com) are still operational but nothing more than lander pages that have changed very little since Proxy.sh's inception.

Despite the assurances we were given back in December that Proxy.sh was back in business, things went from bad to worse and last month, the VPN stopped working altogether and their website was taken down.

We attempted to contact Boian Mihailov through his Twitter account in early September to find out what has happened to Proxy.sh but despite him being active on the account since, he has not replied to us.

We also emailed Three Monkeys International at the same and reached out via their last known Skype account to ask them for a statement but at the time of writing have received no response.

As a result, the only conclusion we can reach is that Proxy.sh has vanished into the ether and will never be heard of again.

The risk of using smaller VPNs

Proxy.sh are not the only example of a smaller VPN that has disappeared from view in this way.

Back in 2018, we wrote about EarthVPN, which suddenly appeared to shut down without a trace. EarthVPN does actually remain active but is essentially a ghost VPN has it has not responded to anyone about anything for at least two years.

They are definitely one to avoid but these two examples alone do raise questions about how much people can trust smaller VPNs. If you are spending money on long deals with your VPN, you want to be sure they are going to be around to honour those contracts.

While Proxy.sh certainly did good giving free accounts to NGOs, journalists and other good causes they did once run a limited “lifetime” deal. That would now be useless along with any user who has remaining subscription time on regular length accounts.

Larger VPNs, one would hope, generally have a back-up plan and enough staff to not rely on one key member. But that is not the case with smaller VPNs and anyone who still has a contract with Proxy.sh is likely to now find themselves out of pocket.

The best advice we can give is to shop around carefully when considering a smaller VPN. Read our reviews and if you have any doubt at all, don't sign up for more than a year to be sure you don't end up losing money.

While we considered Proxy.sh to be one of the better VPN services, instances such as these can crop up unexpectedly.

As we extend our condolences to those responsible for Proxy.sh who passed, it is now left to users to attempt to recover any remaining funds for subscription time owed.