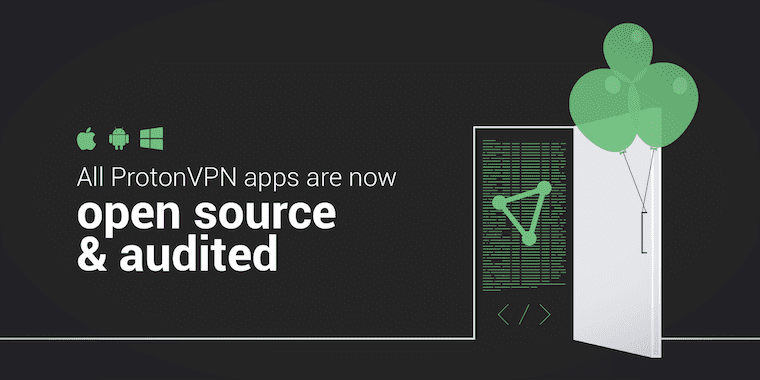 ProtonVPN is the Swiss-based VPN run by the people behind the highly regarded ProtonMail encrypted email service.

It has been a welcome addition to the VPN marketplace since launching in 2017 and despite its relative youth, it has hit the ground running in a way not too many other start-up VPNs have managed.

Now, the guys behind ProtonVPN have taken two big steps which are likely to cement their reputation as one of the most dependable providers on the market. They have gone fully open source and submitted to a full independent security review.

Firstly, ProtonVPN has become the latest provider to submit itself to a full security audit. As part of their partnership with Mozilla, their technology and organisational structure had already been closely scrutinised by an independent third party. But now ProtonVPN has gone one step further.

They have hired SEC Consult, a leading information security consultancy to inspect all ProtonVPN software before it is released to the public.

In their blog post announcing this move, ProtonVPN makes a point of emphasising that such security audits are an expensive and time-consuming process to go through. But at a time when the threats posed to VPNs by both hackers and state actors has never been greater, they are increasingly being seen as necessary across the sector.

All of the security audit reports are available to read on the ProtonMail website.

In announcing this move, ProtonVPN is the latest in a long line of premium VPNs to submit themselves to such detailed independent scrutiny. Last year, ExpressVPN announced its plans for an independent security audit and after a minor security incident, NordVPN followed suit later in the year.

With VPN users having to trust their provider to handle their data and their connection securely, an independent security audit is a great way to prove that a VPN can be trusted to deliver the security and privacy levels it claims.

While opting for an independent security audit is becoming increasingly standard practise for VPNs these days, ProtonVPN’s other announcement is, as far as we are aware, a first.

They have announced that they are making all ProtonVPN apps on all platform open source too.

There are a handful of VPNs that have signalled their intention to do this and a few have made the odd app available. But ProtonMail is the first provider we know of to make all their apps open source.

By putting the entire app source code in the public domain, ProtonVPN is opening their apps up to the entire global security community.

Anyone can take a look at the source code behind their apps and scrutinize it for vulnerabilities and security risks that could put ProtonVPN users at risk.

It is commonly accepted that open source code safer and also makes the companies behind it, ProtonVPN in this case, more accountable to their users.

If there is a vulnerability in their software, it is there for all to see.

There is no chance of ProtonMail denying an issue or hiding a problem from their users. ProtonVPN users can be absolutely sure that their provider is being open and transparent at all times.

It is likely that, in the long-run, all major VPNs will end up going down this route. But someone always has to go first and it says a lot for ProtonVPN that it is the first to take this particular leap of faith.

ProtonMail is shaking up the sector

When ProtonVPN launched, most people assumed it was a tool they would try to package together with the well-established ProtonMail service. There are a few companies in recent times that have launched their own VPN alongside another more-established product. Ookla was the most recent only last month.

But in the two years since, ProtonVPN has managed to establish a reputation in its own right.

These latest announcements are sure to improve its credibility within the VPN sector and it is fair to say that ProtonVPN is now a major player in the VPN market, not just an add-on to their encrypted mail service.

They still have some way to go before ProtonVPN is competing on a level playing field with the likes of ExpressVPN and NordVPN. But they are definitely closing the gap and by taking a lead within the VPN sector, as they are with this open source announcement, that gap is only going to get narrower.

This is good news for the whole sector. Competition drives innovation and keeps the market competitive.

At a time when it is tough for newcomers to take on the big boys, there is no doubt that ProtonVPN is bucking this trend. And that is something that will keep every VPN provider on its toes.