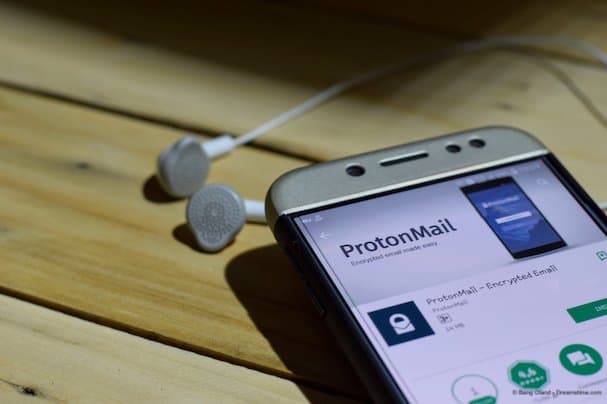 At the same time as Russian people took to the streets in their thousands to campaign for internet freedoms, the regime of President Vladimir Putin was stepping up its online censorship programme once more.

This time it was the encrypted email service ProtonMail which had fallen into their crosshairs. The Federal Security Service, formerly known as the KGB, was the government body that issued the instruction for ProtonMail to be blocked after Russian police received a number of hoax bomb threats from ProtonMail accounts.

In the advice being circulated to ProtonMail users in Russia, the first recommendation is that they use a VPN to circumvent the block. By connecting to a VPN such as ExpressVPN or IPVanish, Russian internet users can still access, send, and receive emails from their ProtonMail account.

This is important because the way that Russia has blocked ProtonMail is very unusual. Indeed their CEO, Andy Yen, has described it as “particularly sneaky”.

Russian ProtonMail users have still been able to access their Inbox as usual. But the two ProtonMail servers which have been blocked are their back-end mail delivery servers. These are the servers that ProtonMail uses to receive emails.

The fact that ProtonMail was one of the few private and secure communications tools still freely available in Russia and the fact that it was almost certainly used to organize the protests which took place last weekend, seem far more likely to have triggered this action.

Along with the two ProtonMail servers blocked were another 24 servers, including several used by the Tor network. This would appear to suggest that rather than a reaction to a terrorist threat, this is a further attempt by Russian authorities to shut down encrypted communications they are unable to monitor.

What is ProtonMail doing?

Yen has confirmed to the media that ProtonMail is already taking steps to make the service available in Russia again. There are mixed reports about how functional their service is at the time of writing.

He also said that any ProtonMail users still experiencing issues should use a VPN to circumvent the block and ensure that they can enjoy full, secure and unrestricted access to the service.

ProtonMail will do everything in their power to keep their service up and running in Russia. If the experiences of Telegram last year are anything to go by, they are likely to succeed.

Russia has, of course, also banned VPNs across the country too. But again, this has had very little effect and just about every major VPN remains fully available in Russia at the time of writing.

The importance of encryption in Russia

The truth is that while the Putin regime aspires to exert the level of control over the internet that the Communist regime in China has, they have neither the technical ability nor the resources to do so.

This is good news for those who oppose the regime and advocate for individual rights in Russia.

While services like Telegram and ProtonMail are sometimes used by criminals and terrorists, they are also used by a great many others too. These include journalists, human rights activists, and politicians opposed to the Putin regime.

The punishments for standing up to the Putin regime are severe and people in Russia need encrypted communication tools to organize protests and oppose the regime without fear of reprisals.

Services like ProtonMail and Telegram are therefore essential in Russia and the same is true of VPNs. Encrypted tools such as these are playing a vital role in holding back authoritarianism in Russia and we all have a duty to the Russian people to keep up that good fight.

Update: ProtonMail have contacted us to note that they have now found a workaround and their service should now be fully functional in Russia once more.