Home » Guides » Articles » Protect your Privacy with a VPN 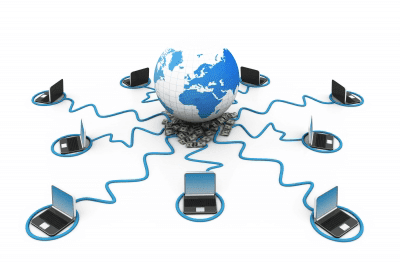 If you're concerned about your online privacy and wondering what to do about it then never fear, you're not alone. Many internet users are now concerned about how what they do and access online allows companies and governments the ability to build profiles of your likes and habits.

Today I'm going to look at the best solution for protecting your online privacy and that is a simple VPN.

The term VPN stands for Virtual Private Network and alone it sounds like a scary tool used by techies and other computer boffins.

Thankfully that isn't the case and although you may be wary of delving into the world of a VPN I can assure you that you'll be pleasantly surprised at how easy they are to use and access.

In a nutshell, a VPN creates a secure connection from your device to another computer known as a VPN server located elsewhere.

A VPN creates a privacy layer between you and the web.

A VPN server can be anywhere, it can be in the same country as you, the next country or even on the other side of the world.

This secure connection is encrypted meaning all the data passing between yourself and that server is scrambled so no one else can read it. In essence, it puts a cloak of privacy over your internet use.

When your data reaches the VPN server it is then decrypted and passed onto the internet as normal.

The way this increases your privacy is it puts a middle man between yourself and what you do and access. So rather than Facebook or Google or whatever other company seeing your home connection accessing their website or service it sees that of the VPN server.

As most VPN services share connections between other users it makes a tangled web like spaghetti of who is accessing what and when.

VPN services are sold by VPN providers and take the form of a small piece of software for your desktop or app for your mobile device which takes care of the technical side of things.

All you as a user have to do is run their software or app, select a country you want to connect to, press connect and the software or app takes care of the rest. Once connected you now assume the identity of that country and any website or service you access will assume you are located where the VPN server is and not where you really are.

What should I look for in a VPN service?

As people are rightly so more concerned about their privacy more now than ever before there are now thousands of companies selling VPN services. Unfortunately, not all VPN services are created equally and while they all cost around US$10 (approx £6.76) or less per month what you actually get for your money can vary widely.

If you're thinking of signing up for a VPN then a few considerations you should think about are:

Server Locations will be listed on a VPN provider's website so ensure they have connection points nearby in countries not too far away, the further away the more it will affect your internet speed.

Speed and Reliability are two more difficult areas to consider because you won't know how fast they perform or how reliable they are until you sign up. A good place to start are our monthly server speed tests and you can find the latest by typing the current month name into our search box up on the right hand side.

If you're unsure where to start when choosing a VPN provider then I've put together three of my most highly rated providers that offer a good amount of server locations, great speeds and are reliable enough to use all the time. They also support Windows, Mac, Android and iOS (apart from LiquidVPN that doesn't support iOS easily).

If you want to find out more about VPN services and what they offer then take a look around our website.

A good place to start is our What is a VPN: An Ultimate Beginner's Guide which takes a more in-depth look at some of the added benefits a VPN can bring and other uses outside of the standard ones.

You may also want to check out our How to choose your first VPN: A Beginner's Guide.

If you want to compare the differences of up to 20 of the leading VPN providers then take a look at our VPN Comparison Guide.