Protect Yourself From Public Wi-Fi Cryptocurrency Mining Using a VPN 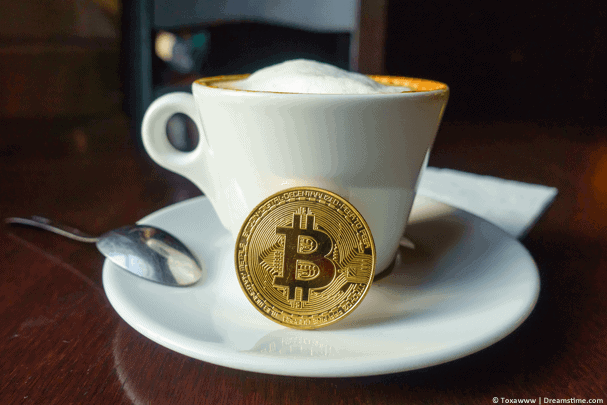 As the value of Bitcoin and other cryptocurrencies have skyrocketed it makes perfect sense that more ne’er do wells are looking to get into the act of making money quickly.

Like anything in life that involves money there are always people who will use unscrupulous means to get a slice of those riches.

In probably one of the most ingenious ways to date reports have surfaced this year of public Wi-Fi hotspots in places like coffee shops being used to quietly steal patrons computing power to mine for cryptocurrency all while they slurp on a skinny caramel latte unaware.

Mining? Cryptocurrency, what’s that all about!

If you’ve had your head in the sand for the past few years and managed to avoid all things cryptocurrency then let’s take a quick step back to understand the foundations.

Cryptocurrency is a new form of virtual currency that is not linked to any bank or government. It was originally reserved solely to realms of techie types but as the values of cryptocurrencies such as Bitcoin and Ethereum have increased it’s peaked the interest of everyone from investors to everyday mums and dads hoping to gain a few extra dollars (or pounds) on their investment.

Unlike regular currencies it’s possible to generate the currency essentially “free” by carrying out the process of “mining”. In simple terms mining is using a computer to solve complicated maths equations which result in being awarded a couple of virtual coins (or bits of coins) in your chosen cryptocurrency.

There are many different types of cryptocurrency just like Dollars, Pounds and Euros etc. The most popular is Bitcoin but others doing well include Ethereum, Monero, Dash, Litecoin and Ripple.

How your computing power can be stolen to mine for Cryptocurrency

Logging into a public Wi-Fi hotspot may seem like an innocent enough action. We’ve all done it and some of us do it on a more regular basis than others.

Unfortunately using public Wi-Fi without some form of protection such as a VPN can lead to either your personal details being stolen or in this case, your computer or other device resources being used to mine for cryptocurrency.

Some smart arse has developed a way to harness the power of your laptop (or <insert any other type of device>) while you’re connected to public Wi-Fi and put it to work mining for cryptocurrency.

In a recent case in South America a user noticed that upon logging into the Starbucks network there was a delay of 10 seconds which was used to mine for the cryptocurrency Monero.

Since the revelation a software developer by the name of Arnau has released proof-of-concept code aptly named CoffeeMiner that shows this type of hack can be performed more efficiently. Rather than stealing your computing power for a few seconds it can be used to steal your computing power for nearly the entire time you’re connected to the Wi-Fi connection.

If you’re enjoying a coffee while browsing the web that could potentially be 30-40 minutes or longer per customer.

How to protect yourself from being used for Cryptocurrency mining

While the code was released for educational purposes it wouldn’t be too difficult for someone of average skill to harness the power of it and put it to work.

When you visit any website that starts with HTTP (not HTTPS) the exploit injects a small one line piece of code that will run a cryptocurrency miner. Essentially stealing your computer, tablet or phone power and using it to do other things.

The result is your device will be slower and use more of its power than is needed. In extreme circumstances it could depreciate the life of your device, especially if you use the same Wi-Fi hotspot on a daily basis over a long period of time.

The way to protect yourself is to use a VPN app which encrypts all of your data as it passes to the Wi-Fi network which means it’s unreadable and as such will block anything from being added to your connection.

This stops the code of the cryptocurrency mining script (or tool) from being injected into your connection. The result is even if the Wi-Fi hotspot you connect to has been changed to carry out such an attack, you’ll be immune by using a VPN.

A VPN for ease of explanation is a small app that you can install on almost any device from laptops to tablets and mobiles to protect your online privacy.

They cost a few dollars per month (or pounds) and operate on a subscription basis. The longer you subscribe for the cheaper they become. They’re probably cheaper than one coffee in that expensive coffee shop and you get access for a full month for that price.

You can also usually use the service on more than one device, so with one account you can protect your range of devices including laptop, tablet and mobile. It’s common to allow it to be used on 5 devices at the same time.

Any data coming back to you follows the same encrypted process, it’s passed in encrypted state from the internet to your Wi-Fi hotspot to yourself where only then is its encryption removed.

This stops you becoming a victim of cryptocurrency mining without your knowledge on public Wi-Fi hotspots.

VPN services are available from hundreds of different companies, some are good and some are bad.

We recommend signing up to one of the following three. In our recent VPN reviews we’ve found them to offer some of the best services available.

They’re all competitively priced and will allow you to avoid having your device used to mine cryptocurrency when you connect to any public Wi-Fi network.