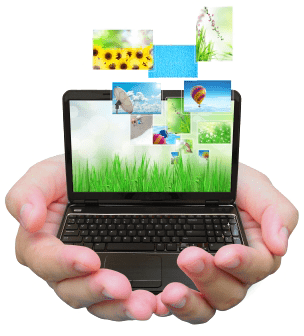 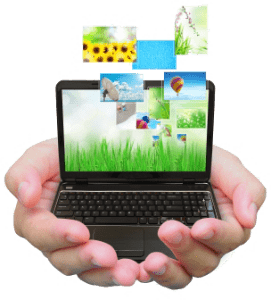 For years the entertainment industry (both music and movie) have been battling with UK ISP’s in an attempt to introduce a similar system to what is available in the United States and France. In both countries systems exist which if you are caught downloading copyrighted material you will first receive a letter informing you of your copyright infringement. Subsequent times may yield more letters which can increase in the severity of language used and warning not to repeat offend. Depending on the country you live in or the ISP you use the amount of letters received can vary but the end result is unfortunately the same. Repeat offenders will find themselves cut off from the internet.

The bodies who represent the entertainment industry have been pressing for similar measures to be introduced in to the UK and have finally made some headway to making this a reality. Luckily for anyone who makes use of downloading less that legal material is the agreement is a highly watered down version of the original requirement. The major ISP’s, BT, Sky, TalkTalk and Virgin Media will be required to send out educational letters to users who are thought to have downloaded material that is consider illegal or infringes upon copyright. Repeat offenders will receive repeat letters which increase in “guidance” informing users on how they are infringing on copyright and also alternative legal avenues of downloading.

The saving grace is the entertainment industry will not have access to a database of users accused of downloading illegal material which was one of the original goals of such an agreement. The fallout of such a move would of been felt far and wide and no doubt lead to numerous high case court cases to make an example and scare users in to not downloading material of questionable origin. Another measure which appears to have been avoided is for the letters sent out to contain information about possible repercussions of downloading illegal material, this would no doubt use scare tactics to include information on fines, prison sentences and the maximum penalties available to be imposed by law.

Although this most recent announcement is good news for anyone who is big on downloading it has a more sinister side which may make starting to consider making use of a VPN which is “torrent friendly” a wise move. Part of the fallout of the system will be that if it does not make a large impact on piracy figures it will allow the entertainment industry to use such figures to push for more restrictive measures to be implemented.

Never before would concrete evidence of the amount of piracy going on been available and it is likely the entertainment industry will capitalise on this to force the hand via legislation to introduce more restrictive measures. This could include limiting download speeds, cutting off internet access of repeat downloading offenders and even having access to a database of users who do download, this in worst case scenario could lead to court cases and hefty fines for users who download. The problem begins if you downloaded just one or two files you could be hit with a big fine.

With this information at mind and the future uncertain it is advisable to start to consider using a VPN service that allows downloading of this nature without question. For those unaware a VPN provides a way of routing your connection through a third party encrypted connection. How this affects you is for example you could download via the Ukraine or another more copyright friendly country while at the same time encrypting what you’re doing. This would restrict your ISP and/or the entertainment industry from ever knowing what you’re doing or what you’re downloading. This is a win win situation and a totally legal way of protecting your privacy while online.

There are a range of providers who are torrent friendly but it is not a case that all providers are as accommodating when it comes to downloading. This means being selective and researching which providers are more likely to cover your back when it comes to downloading is imperative. Those of you considering covering your tracks now so you don’t get caught out now or in the future should consider reading our guide which provides a good grasp on the Best VPN for torrenting.