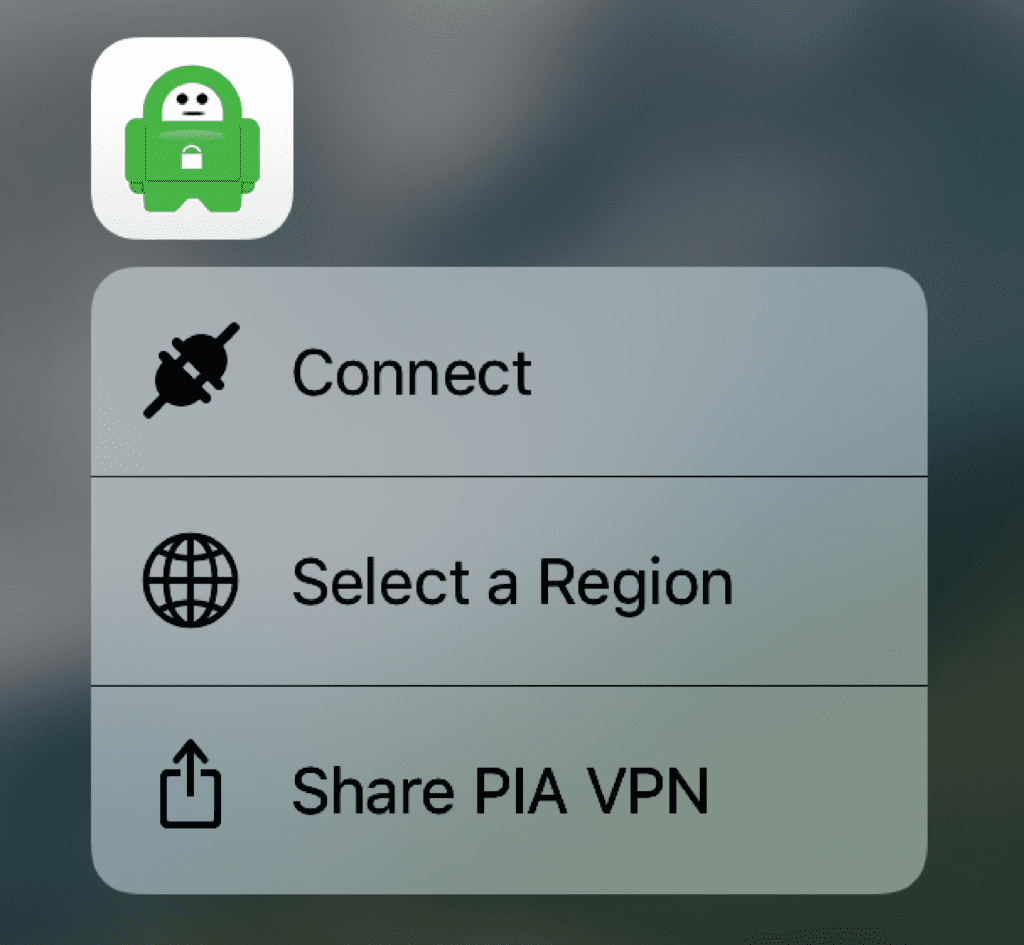 PrivateInternetAccess, abbreviated PIA, is one of the biggest and most respected VPN service providers in the world.

Over the years, PIA has accumulated a very impressive user base with subscriber numbers in the millions. And after taking a look at their service for about a week, I can’t say that I’m surprised.

Before we go ahead and take a look at both the macOS and iOS versions of PIA’s software, let’s get a few commonalities out of the way.

PIA is quite aggressive when it comes to underpricing their competition. Though they offer just a single tier of service, the pricing will vary depending on how long you commit for. Here is the breakdown:

It’s obvious that the large price difference between the 1-month and the 1-year plans is designed to push prospective customers towards a longer commitment. But if you think that PIA offers everything that you’re looking for, it’s quite a bargain.

Their annual package averages out to a monthly commitment of $3.33, which is less than the price of a Caramel Frappuccino from Starbucks. And not only can you get a full month of service for the same price as your daily coffee, but you can even use your Starbucks gift card to pay for it.

PIA accepts gift cards from a number of popular vendors, which adda an extra layer of anonymity to your transaction as you won’t need to provide a billing actress. Other, and more conventional methods of payment are also available, including all major credit cards, PayPal, Amazon, OkPay, and Bitcoin.

Some PIA users report hit and miss connection speeds. Personally I have nothing but good things to say about the provider’s network, and in my week of testing the VPN I would often forget that I was connected to a proxy to begin with.

Here is a side by side comparison of my raw connection vs the connection through PIA’s VPN. As you can see, the speeds are nearly identical and when it comes to “real world” usage, the difference is negligible.

So with that out of the way let’s take a look at PIA’s offering for the Apple ecosystem, beginning with the mac client.

Like the majority of VPN apps out there, PIA comes in a nicely packaged one-click installer and the set up process doesn’t take longer than a few minutes.

After launching the app for the first time, I couldn’t help but feel underwhelmed by its dated design. As you can see in the screenshot below, the app leaves a lot to be desired in terms of user experience. So if you’re looking for a “pretty” VPN client for your Mac, there are certainly more aesthetic options out there. 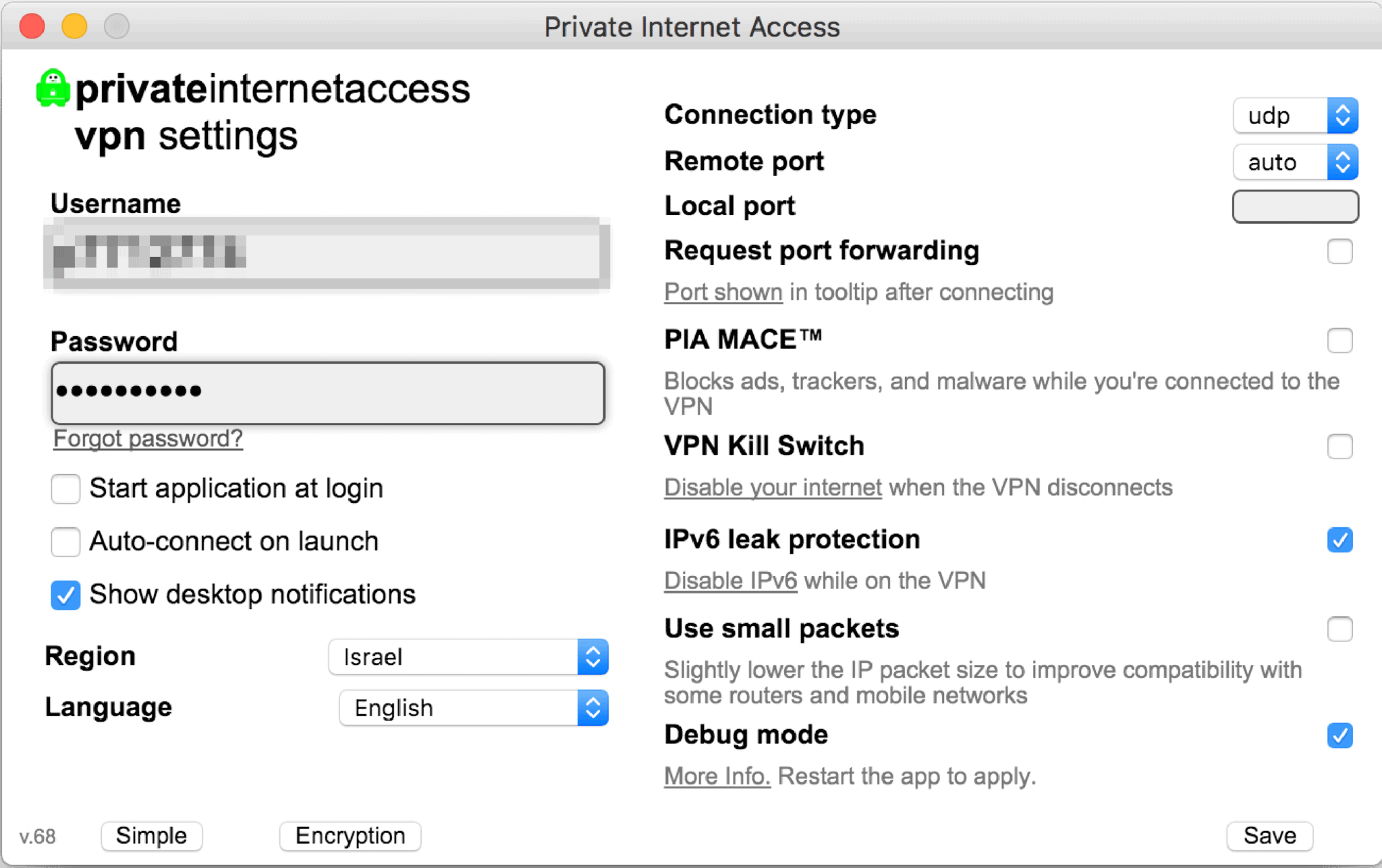 Under the hood, it’s a whole different story. To my surprise, the PIA app is rather feature-packed. For starters, you can tweak your connection type and even customize remote and local ports.

You can also enable “PIA MACE,” an in-house tool that blocks ads, trackers, and other malware. The app also packs a VPN Kill Switch, which will automatically disconnect you from the internet in the rare event that your VPN connection is dropped. More advanced users can request port forwarding, IPv6 leak protection, the use of small packets, and access debug mode.

Though it’s not the most beautiful piece of software, I think its functionality is quite redeeming. And for $3.33 per month, I don’t think that you can go wrong.

I was pleasantly surprised by PIA’s iOS app, and in contrast with the rather dull Mac offering, its UI was even more impressive.

After downloading the PrivateInternetAccess app from the App Store and installing its VPN profile, you’re greeted with a simple login screen. If you already have a PIA subscription you can log in, but if you don’t — you can subscribe via an in-app purchase. 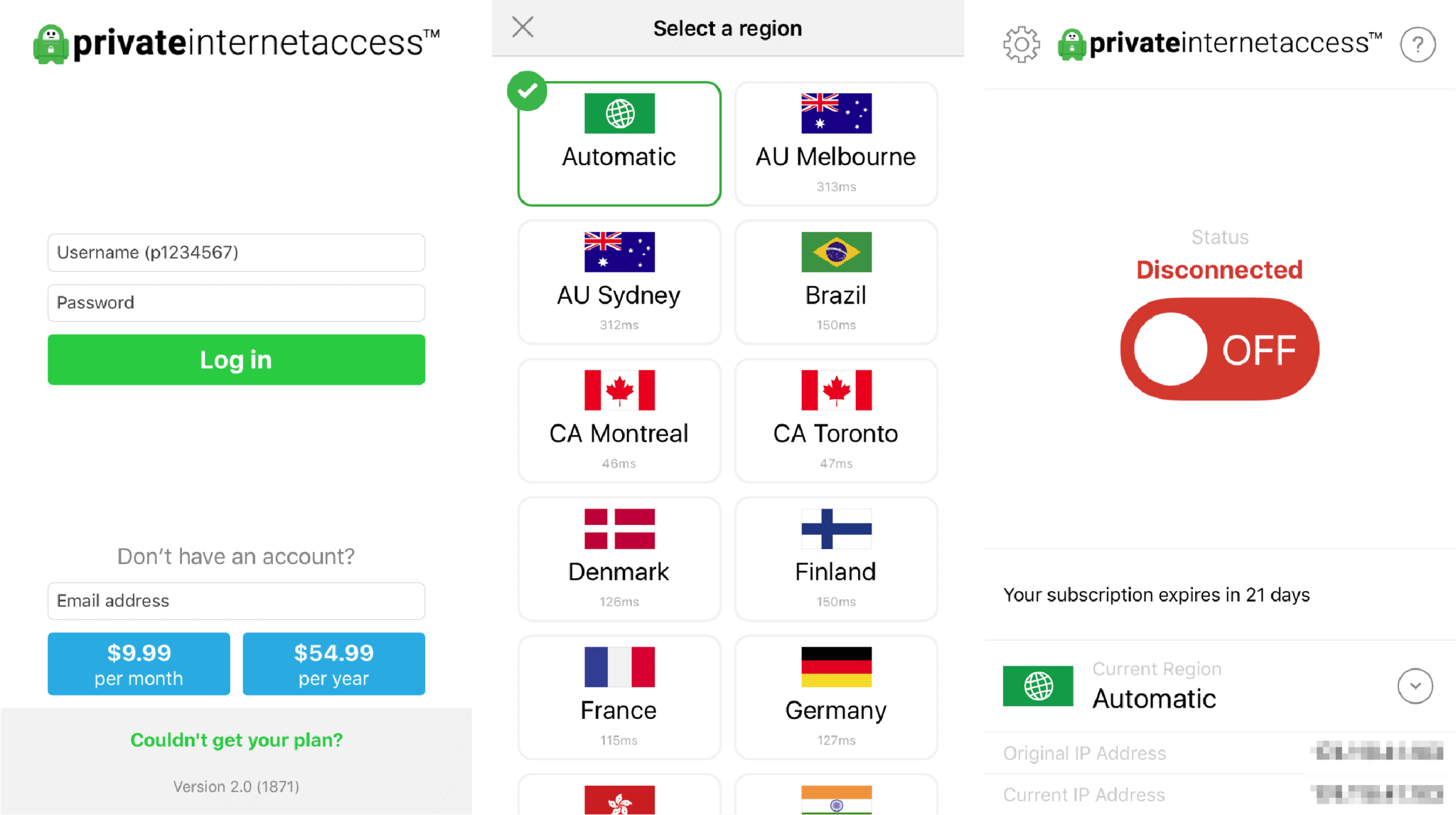 Once you’re in, you’ll notice the massive “on/off” toggle taking up half of the screen. If you’re new to the VPN world you can just press this button and leave the app. Your internet connection is now protected, and you don’t need to do anything more.

In fact, aside from selecting a region, there isn’t much more that you can do. The only feature that is carried over from the macOS app is the ability to turn on PIA MACE.

When it comes to user experience, the iOS app is worlds ahead of the PIA solution for Mac. Users have the option to enable “dark mode,” which quickly themes the application with dark tones, making it painless to use in the dark.

My personal favourite aspect of the iOS app is its 3D-touch capability. Simply press the app icon a bit harder than you normally do, and a quick menu will pop-up right on the home screen. From here you can quickly connect or disconnect your VPN connection, or you can choose to go directly to the “select a region” screen in the app.