Home » Guides » Articles » Private VPN; How CDN’s affect VPNs and What This Means to You

Private VPN; How CDN’s affect VPNs and What This Means to You 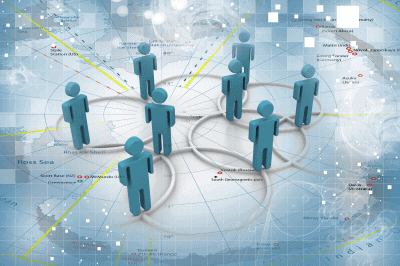 When traveling or just sitting in your favorite café, the internet is more accessible than ever. Wi-Fi hot spots float through the air like autumn leaves, leaving many unsuspecting surfers unprotected. With all of the latest internet breaches in the news, many people are flocking to Virtual Private Network sites in an attempt to privatize their web experience making them virtually invisible to government and corporate snooping. However, the structure of the internet is not very VPN friendly. Content Delivery Networks utilize a plethora of servers over vast locations to deliver content to the private user in an efficient process that maximizes page load and minimizes lag time. But, with a VPN, the size of content provided via the CDN, is grossly compromised.

Virtual Private Networks were originally established for corporations to employ people to perform their job from a remote location outside of the office setting. Individuals working from home, another city or another country can now have access to their company’s servers and do their jobs just as if they were sitting at a desk in the office. Eventually, VPNs became accessible to the private sector, and private internet usage surpassed corporate usage.

Today, VPNs are safer and more secure than ever. However, the way a VPN works has not caught up with the current speed with which the internet flies. Because of the limited amount of servers used by a VPN service provider, broadband speed is compromised when more users are logged in, and the sizes and number of websites exceed the maximum load the servers can handle. Also, since the servers are geographically based, the farther away from the server cluster the user is, the slower the speed.

The beauty of the VPN is no matter the broadband speed, the encryption levels of a VPN are necessary for anonymous web surfing making any minimal lag in speed well worth the anonymity. The issue today is with Content Delivery Networks.

The purpose of a CDN is to deliver content to an end-user with the highest possible availability and performance. In order for this to work, the network is multiple servers providing large amounts of content to a multitude of end-users. The performance of streaming, static and downloadable content is significantly enhanced by using the various server systems rather than a single server system. This type of system offers content providers a level of security that would otherwise not be known.

However, since the recent advances in technology breach and data mining, CDNs are in desperate need of modification. CDNs work in conjunction with cookies to track internet traffic and caching of large traffic volume traffic sites know where you are accessing from through tracking cookies that seek out your IP address leaving you wide open for data mining and spying.

Despite the recent laws being passed and issues with VPN providers to keep a log of their users’ IP address and locations, a VPN is still the preferred method to access the internet anonymously and securely. Providers like IPVanish and VyprVPN, are in constant development to bring you an Internet security level that strives to be one step ahead of the entities that would rather shut it down than see it available to all and without prying.

Even with a minimal slowdown of broadband speed and page loads when accessing the internet through a VPN, the cost effectiveness of the service and the privacy it provides is the holy grail many users seek. The VPN world works diligently to keep the privacy of their users and to make the internet experience as fast, available and effective as if it were not used at all. VPNs are gaining faster page loads and shorter lag time, further handling the content traffic of large sites and streaming downloads.

Regardless of what the government agencies believe they are entitled to do for or to the public, people will always fight to be free; free from the smothering mother hens who feel they know best. The internet is the latest battleground in that fight for freedom. Content Delivery Networks may be working in tandem with those agencies and criminals to follow what you do, but they are still no match for the private, anonymous freedom fighters of the Virtual Private Network world.

Image courtesy of jscreationzs at FreeDigitalPhotos.net