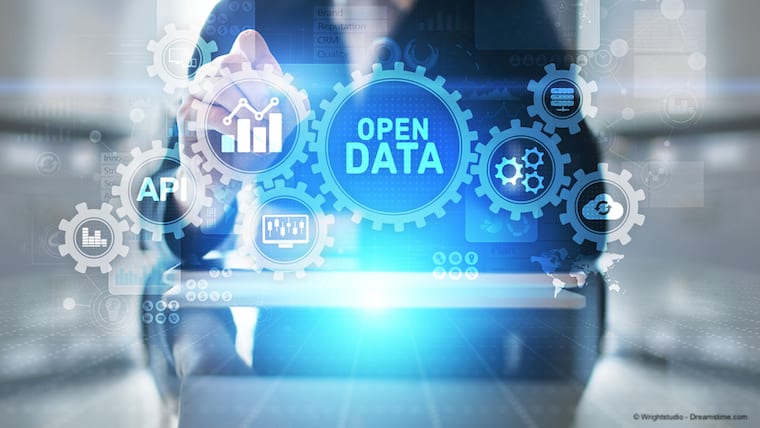 One of the UK’s most pre-eminent computer scientists has stated that he believes data is a piece of critical infrastructure and in the current public health crisis, privacy should go out of the window in an effort to beat coronavirus.

Sir Nigel Shadbolt is a professor of computer science at Oxford University and also Principal of Jesus College. He is a world-renowned expert in a number of different areas but it is in the field of artificial intelligence (AI) where he has really made a name for himself.

He also founded the Open Data Institute alongside the founder of the world wide web, Sir Tim Berners-Lee, and a focus of much of his research in recent years has been on opening up public data to both the public and private companies.

Under the guise of the Open Data Institute, Shadbolt and Berners-Lee have been pushing for more than a decade for public sector bodies to share public data with private companies and work together with them on using this data for the public good.

As far back as 2009, they were advising then-Prime Minister Gordon Brown to make public data public and managed to get a whole host of different data sets, that had previously been kept private opened up.

An example where public data has been successfully used in this way is the CityMapper transport app, which deploys real-time transport data from Transport for London to tell Londoners exactly where their nearest bus or tube train is.

But creating effective partnerships between the private and public sectors has been more difficult. But now the coronavirus crisis has changed all that.

Last week, the NHS announced that it would be working together with Google, Microsoft, and Palantir to use data from calls to the NHS 111 non-emergency number to track how coronavirus was spreading in the UK.

The plan was to use this data and the mapping project to help the NHS allocate resources where they were most needed.

As Sir Nigel has told the Telegraph newspaper (£ – free for 30 days), “I think a situation like this really brings into high relief this idea that data is a critical infrastructure.”

He argues that public-private collaborations like these are “really welcome” at the moment and says they can help bring together “the different islands and silos of information” that is the public health service.

The big dilemma that undermines this principle is that of privacy. Public health data is one area where the UK has been especially tough on the issue of privacy.

Back in 2017, the UK’s Information Commissioner ruled that the Royal Free NHS Trust in North London had failed to protect patient privacy because it shared data about a kidney injury test with Google’s DeepMind project.

The Information Commissioner, Elizabeth Denham said at the time, “the price of innovation does not need to be the erosion of fundamental privacy rights.”

In normal circumstances, few people would disagree with this. But the current coronavirus crisis means we are living in extraordinary times and some argue that the normal rules cannot apply at the moment.

Sir Nigel Shadbolt is one of those people. He told the Telegraph, “It's quite clear that probably most citizens would regard the normal rules perhaps being suspended in some way for the benefit of everybody, that in public health emergencies certain sorts of sensibilities are sacrificed for a period of time for the greater public good.”

It is a striking position for Sir Nigel to take and one that can be understood given his interest in opening up public data and also his personal experiences with coronavirus.

As the Telegraph explains at the top of its article, Sir Nigel’s daughter was one of the first people in London to be diagnosed with coronavirus and while she wasn’t hospitalised she was laid-low with it for several weeks.

A cynic might suggest that this experience, which Sir Nigel himself had to cope with from afar since he is locked-down in Oxford, might have coloured his judgement somewhat.

But to his credit, Sir Nigel appears to be well-aware of the potential downsides to what he is arguing for.

Privacy advocates are deeply worried that once privacy is compromised under the guise of battling the coronavirus pandemic, it is will suddenly be much harder to revert things back to how they are now and reinstate people’s privacy again.

Sir Nigel admits these are genuine concerns and stresses that “we want to fall back to the default, which is we live in a liberal democracy where the rights of the individual are important and taken into account.”

As he clearly explains, just because a person is happy to have the NHS track his movements and share his personal data is the current unique circumstances, doesn’t mean that will always be the case.

He is absolutely right. Even the most steadfast of privacy advocates will accept that the coronavirus crisis means that compromises are needed. If it saves lives then, in the short term, it is worth it.

But it is absolutely essential that there is a safety net in place to stop this data being used for other means and a point where the sharing of such information will stop once the virus is under control.

Everyone is willing to make short-term sacrifices. But this public-spiritedness must not then be abused further down the line.