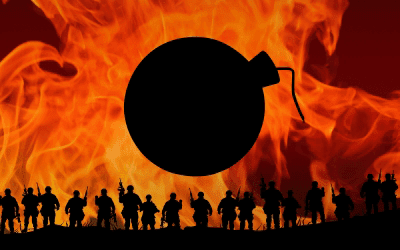 The issue of privacy has become a topic that has graced the public conciousness in recent times and none more so than as a reaction to Edward Snowden’s revelations. Basic privacy has always been assumed in the physical world, just the very term “in the privacy of your own home” conjures up the image that within the four walls of your home, privacy is guaranteed, or ensured at the very least.

The home is a sanctity for most and the feeling and safety that it enables through privacy is something that is critical to function in human society, no one person would be comfortable being monitored on a consistent basis, this can be seen in research that has shown that humans who know they are being observed, act differently to those who are free of observation. This is known as the Observer Effect, or Hawthorn Effect from a study carried out in the 1920’s and 30’s at the Hawthorn Works, Chicago.

The intelligence and security organisation in the United Kingdom, the GCHQ, is loved about as much as the NSA is at the minute, revelations of mass spying have done nothing to improve the public perception of such organisations. However much hatred there may be for the indiscriminate way these organisations collect data, there is still the very real task that they exist to do and one of those tasks includes keeping the public safe from terrorism and extremism.

While there are those who are wholly against such organisations and many will be in relation to revelations of the past few years, the job of ensuring the safety of the public is a critical one that I am sure like myself many others are grateful exists.

GCHQ recently appointed a new director, Robert Hannigan, who has kicked off his directorship by insisting that US tech firms need to play a greater role in the support of intelligence agencies such as his, based on their huge worldwide role and impact on the internet as a whole. Hannigan angles his statement on the role social media sites and others play in the platform that extremist groups such as ISIS use to publicise their message and spread hatred across the world. 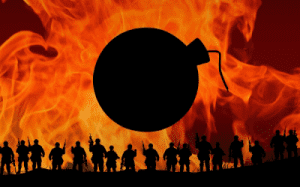 Although any sane person are wholly against ISIS, the simple fact that they can make use of social media and user generated news platforms to spread their message is inevitable, what is accessible to you and me, is also accessible for those who we disagree with. A quote from Robert Hannigan may on the surface trouble many people, “privacy has never been an absolute right”. So with this in mind, where do we draw the line? We are happy to accept privacy as a right, but a right for who? only ourselves? those that we agree with? or are the basic fundamentals of privacy available to all, no matter how extreme or damaging their views?

As technology companies rush to answer the public need for better encryption, mostly as a damage limitation exercise in response to revelations that agencies such as the NSA have direct access to various technology companies. The line between user privacy and privacy for all becomes a muddied one that is difficult to decipher.

The difficulty lies in the fact that encrypting and securing communications is now accessible to the public, Hanningan himself talking about the availability of techniques “which were once the preserve of the most sophisticated criminals or nation states now come as standard”.

As US technology companies have access to data involving terrorist groups such as ISIS is it plausible that this access should be granted to nations around the world to safeguard their citizens and on a global level remove information of hatred that is deemed unacceptable by most democratic societies.

Just as freedom of speech causes similar such issues regarding the ability to speak freely for all and not just those who fall in line with societal norms, the argument around privacy for all is the next in a difficult chapter to regulate. Is privacy really privacy if those who choose to cause harm are not entitled to it and are we prepared in the name of privacy to allow the most extreme corners of the globe to potentially bring harm to many thousands of people?

While I understand the need for privacy and am against mass surveillance, the ability to access information from technology companies if based on known facts should be possible to those in charge, but only if there is reasonable information to suggest there is reason and that has been dictated by a judge with a court order or subpoena.