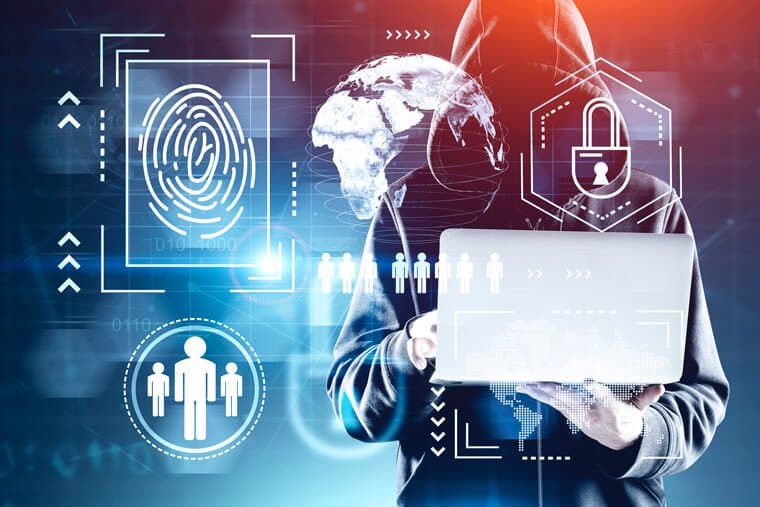 Got some time to kill?

There are a wealth of movies related to computer use but the most exciting cover privacy, cybersecurity and hacker topics. Below we've rounded up ten of the best to save you searching.

The threat of hacking attacks is all too real these days, with reports of new attacks almost every other day.

While awareness is finally at a level where a high number of people are seeking out ways to protect themselves, many still do not know what hackers can and can't do, or how these attacks work.

There are quite a few great movies about hackers and security, but there are some poor ones too, and while many make the hackers seem omnipotent with a keyboard in their hands, some are pretty accurate.

Some even managed to predict what hackers abilities and privacy issues would appear in the future.

Here are ten of the best privacy, security and hacker related movies you'll want to check out.

Where to watch the movies

All of the movies listed below are available either on Netflix or Amazon Prime.

Both services offer different content based on the country you're in. Thankfully if you find one of the movies isn't available in your catalogue, then you can use a VPN to hop regions and watch the film.

We recommend using ExpressVPN because after extensive tests, we found them to be able to access the broadest range of Netflix regions and the US Amazon Prime region.

There are however, a couple of other good options like CyberGhost VPN and NordVPN. Yet, your mileage may vary with these, but you're free to choose.

ExpressVPN provides a lengthy 30-day money back guarantee to give you plenty of time to test the service. It's also worth looking at their 12-month package because it works out 49% cheaper monthly.

Citizenfour is a documentary from 2014, directed by Laura Poitras.

It explains how Laura Poitras, a US documentary film producer, receives an encrypted email from the so-called ‘Citizenfour,' a stranger who offers inside information about illegal practices by the NSA and other agencies. 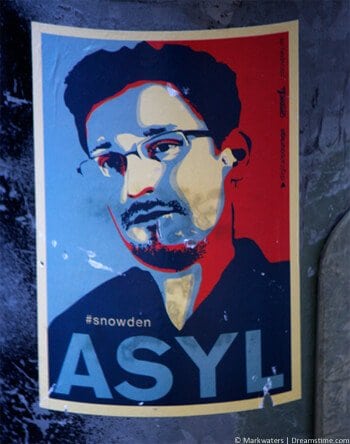 The stranger turns out to be Edward Snowden, whose identity is eventually made public at his request. It also contains a series of interviews with him, as well as all the information he managed to bring to the public.

This documentary movie is one not to miss and laid bare the issues of privacy.

2. Enemy of the State

Next, we have Enemy of the State – a bit of an older but none the less intriguing film from 1998 starring Will Smith.

This is one of the great examples of a movie that managed to predict a lot that went on to become a reality later on. It was still considered fiction by many at the time, and it seemed fanciful back then. 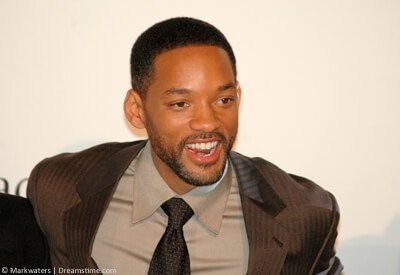 As we know today, a great many things shown in the film are more than possible today, and we can easily say that the film was well ahead of its time.

As the name suggests, this is yet another film about Edward Snowden and his decision to come out with the top-secret information he has gathered.

It is a biographical thriller about the famous whistleblower, and it is based on the books ‘The Snowden Files.'

It follows his advancement, from the US military to the CIA, and beyond, revealing what secrets he managed to learn, how the stress impacted him, the revelation of what he has been doing and became a part of, and finally – the famous Hong Kong interviews, and how he ended up in Russia.

If you're looking for purely entertainment version of the story, then this Hollywood production starting Joseph Gordon-Levitt is what you'll want to watch.

Next, we have Hackers, which is another older film, from 1995.

The film has quite a few well-known names, including Jonny Lee Miller, Angelina Jolie, and Renoly Santiago. It follows a group of high school computer hackers, as well as how they ended up involved with corporate extortion, conspiracy, cyber crimes and alike. 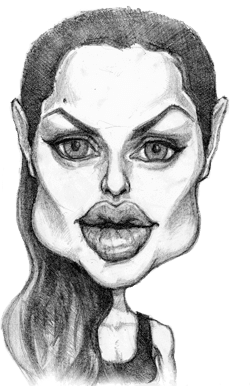 The interesting part is that this film was made back in the 90's when most people did not have access to the internet. As such, it came with an exciting view of the use of the web, as well as to what a high tech future might be like.

While the movie features some fanciful effects to illustrate the actual hacking it has gone on the be a cult classic – Hack the planet!

Another film from '95, The Net, is an American cyber mystery thriller film starring Sandra Bullock.

It demonstrates one of the dangers of the modern internet, where it is possible to steal someone's identity or even completely delete it. Of course, a large portion of this is fiction – making someone's digital footprint disappear entirely is extremely difficult, and likely not possible, even today.

It goes beyond that, adding mystery over mystery, multiple layers of conspiracy, hacking, and more.

Moviegoers consider this film a classic, and if you're someone who remembers the internet of yesteryear with fond memories, then you should add this to your collection of movies you must watch.

WarGames is yet another hacking film from a ‘distant past,' coming out in 1983.

It is an American Cold War science fiction film, which follows David Lightman played by Matthew Broderick – a young hacker who gains access to a War Operation Plan Response, which is a military supercomputer used by the US. The computer was programmed to predict what might happen in the case of a nuclear war. 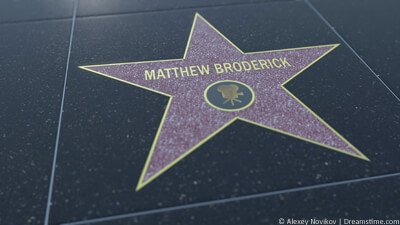 After accessing it, Lightman starts running the simulation, believing it to be a game. However, the computer has access to a nuclear arsenal, and can't tell the difference between the simulation and reality, nearly starting a world war.

Next, there is Sneakers, a 1992 American comedy, which takes place in 1969. Back then, two students Martin Brice and Cosmo use their university equipment to hack into various computer networks and redistribute conservative funds to liberal causes.

Of course, the two attract the attention of the authorities, and Cosmo gets arrested, while Martin becomes a fugitive.

The film then moves into the present, where Martin has become Martin Bishop and runs a team of security specialists. However, the hacking genius gets approached by NSA officers, who reveal that they know who he is and that they need his help.

If you remember dial-up modems then being told to “hang up” will bring a tear to your eye.

1984, also known as Nineteen Eighty-Four, is a 1984 British dystopian Sci-Fi film based on the George Orwell's 1949 novel of the same name.

It follows the life of a low-ranked civil servant in a war-torn London, which is ruled by a totalitarian superstate known as Oceania. He struggles to keep his sanity under such harsh conditions, mainly because the regime's power is overwhelming, and it persecutes individualism and individual thinking. 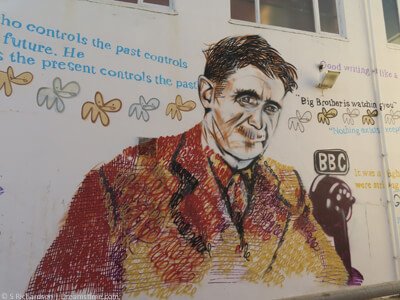 You can view it as a majorly escalated form of censorship, which is something that many believe might be awaiting us in the future of our world.

Back to the 21st-century films, we have a documentary from 2001, known as Freedom Downtime.

The documentary is about a convicted hacker and social engineering expert called Kevin Mitnick, and it centres on Mitnick's fate, after his claims that books and films about him are misrepresenting him.

This is particularly true for the movie Takedown (2000), which shows him convicted, with a long-term prison sentence. In reality, Mitnick did not even have a trial by the time they produced this movie.

The film also keeps track of the other hackers' fate, and even the development of the ‘Free Kevin' movement aimed at getting Mitnick released from prison.

If you're interested in hacker culture, 2600 magazine or other related topics then this is a must-watch.

Finally, we have Deep Web – a film from not too long ago.

This 2015 documentary explores the events surrounding Silk Road, Bitcoin, and the Dark Web. It also covers the trial of Ross Ulbricht, contains interviews with the writer of Wired, Andy Greenberg, and more. 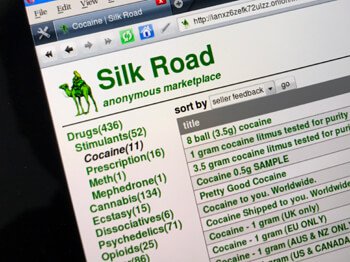 The film's goal is to take away at least a part of the mystery surrounding the series of events, and help people understand the difference between Dark and Deep Web, and also show what kinds of horrific behaviour can be encountered on the internet, only if you know where to look.

If you have an interest in Tor, VPNs, dark markets or crypto-currency then this is the documentary for you.

The movies about privacy, cyber-security, hacking, and alike have been popular ever since the internet came to be.

These are only a handful of them, although most of these represent what hacking can do quite well. There's a mixed bag of documentaries and fiction, some for pure entertainment and others to learn more about specific incidences.

Naturally, in most cases, they are extremely simplified for the viewers' enjoyment, but it is still interesting to see them, especially as some of them like documentary movies about Snowden are pretty much wholly non-fictional.

Watching them might help you understand what is going on in the world around us, which is why they are worth a look.

Don't forget; you can unlock different regions of Netflix and Amazon Prime to watch any of the movies above.