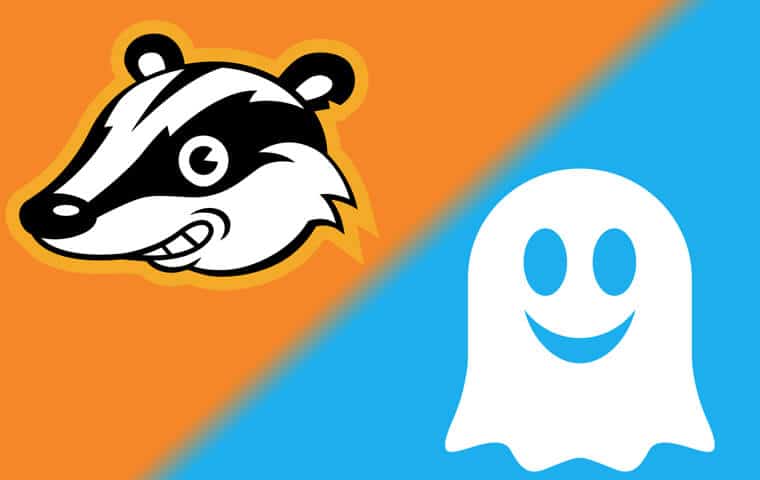 Privacy and security are in huge demand on the internet today, and developers are well aware of that.

While some browsers, such as Opera or Firefox, continue to add more privacy and security features, others can be lacking.

Regardless, you probably wish for more protection, right?

This is why many go for privacy and security extensions, as these can usually add features quicker than browsers update or add features that commercial giants (*ahem* Google) probably don't want to add.

Two of the most popular ones are Privacy Badger and Ghostery. But what are they? and ultimately is one better than the other?

I've been finding out and below you'll discover what I found.

First, let's find out what they both are.

The extension was created by the Electronic Frontier Foundation, an organisation that we have financially supported.

Its purpose is to block trackers, spying ads, and similar privacy-intruding elements while you browse the web.

It is an extension that will stop most things from monitoring and recording your online activities, with a particular focus on advertisers. 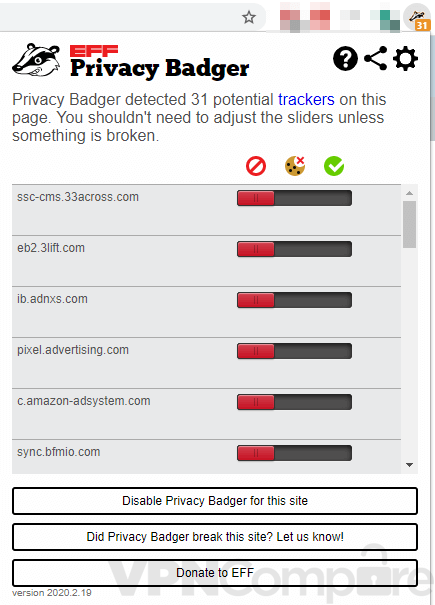 As you may know, advertisers record users' browsing activity to use this data to target them with better ads for specific products, offers, and alike.

While this can be useful, it is also highly intrusive.

Ever search something once only to see that item pop up on every other website? You know what I mean.

Looking for additional tools to stay secure online, check out our comparison of VPN services.

With Privacy Badger anyone who has privacy concerns can finally know that they are adding an extra safety layer to their online browsing.

On the other hand, we have Ghostery, which is another privacy and security extension that was made for the same purpose, and with the same goal. 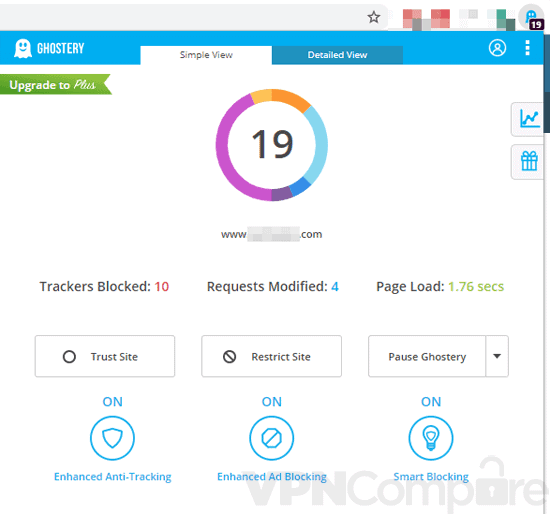 Ghostery is easy to use, it lets you avoid problems such as lags, and it improves browser speeds. In other words, it can eliminate distractions and make your browsing experience better than ever.

The extension is owned and produced by German company, Cliqz GmbH.

While both of these extensions exist to do almost the same thing, you will eventually have to make a choice and opt for one of them, while turning your back to the other.

Our goal today is to compare the two and ensure that you pick the right one. With that in mind, let's see how they stand up.

The first thing that we noticed when comparing these two privacy extensions is the level of control that they give you.

Of course, they both have a settings section where you can modify them to an extent, although Ghostery actually gives you the option to choose which trackers you wish to block, and which one you want to allow.

It is an effective way to give you control over your information, and at the same time, it educates you about who is following you and whether or not they are a suspicious entity. 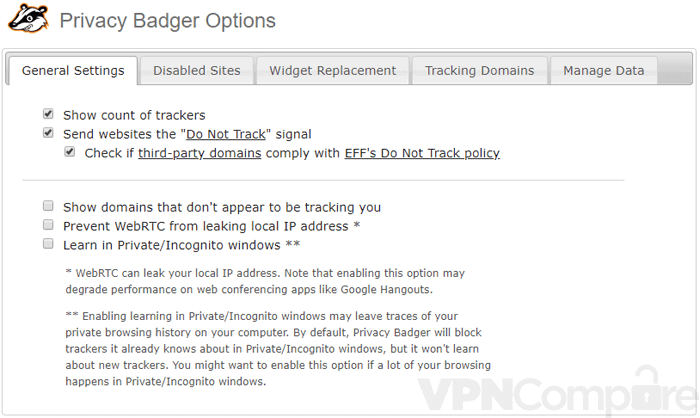 Privacy Badger, on the other hand, automatically blocks suspicious trackers without bothering you with the details. In the end, deciding which one is better in this regard will depend on you and your interest in the technical aspects of using these extensions.

If you don't care about making a difference between the trackers and you just wish all of them blocked, then Privacy Badger is the way to go.

If, on the other hand, you know of certain benefits and advantages that you may make use of if you allow certain trackers to remain, then Ghostery will definitely give you the necessary control to make that call.

When it comes to the User Interface (UI), we feel like Ghostery has a cleaner one, which is easier to understand and navigate.

It is nice and tidy, and the information is presented to you without too many distractions around. It looks very professional and it just gives you the feeling of dealing with a capable extension. 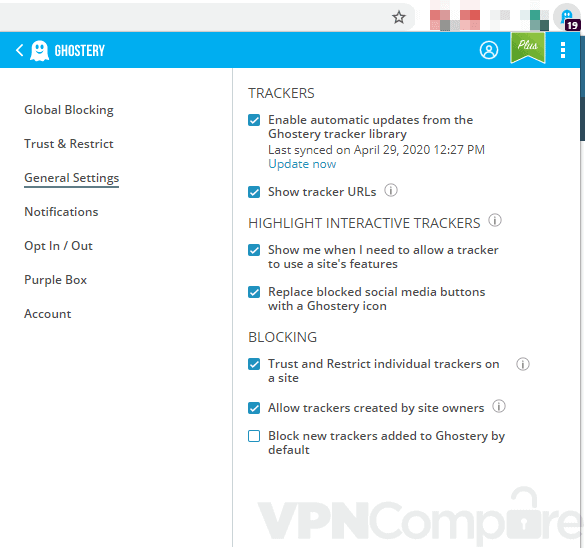 Of course, that doesn't mean that Privacy Badger is its polar opposite.

On the contrary, it also offers a pretty clear UI, which will notify you of the number of trackers that are recording your data, and it will give you a slider that you can use to decide whether or not the trackers should be blocked, allowed, or restricted.

Make your searching even more secure by using a secure Google alternative.

Of course, Privacy Badger does most of this itself, as mentioned, and it stresses that you shouldn't interfere unless you notice that something is broken or not working correctly.

As such, it doesn't feel like it expects the user to spend too much time within the extension, so the UI does feel like it did not get that much attention. At least when compared to Ghostery, although this might also be a thing of personal preference.

When it comes to speed and privacy, each of these two seems to specialise in one.

Privacy Badger will not provide as high speeds as Ghostery. Still, its developer is a major privacy and security advocate, so you can be sure that there are no hidden issues that you may come to learn of and regret using it later on.

Its job isn't to improve speed remember, only privacy.

On the other hand, Ghostery is not that bad in this regard itself, at least since it went open-source a few years back.

It also has the ability to offer a slight speed increase.

So, if you are having trouble with your browser in this regard, Ghostery might be the better option.

However, we weren't too impressed with the pre-selected options of “Sharing Human Web data” and “Participating in Ghostery Rewards”. One to watch.

Privacy Badger and Ghostery are two major privacy and security extensions for the two most prominent browsers in the world – Chrome and Firefox.

While they do pretty much the same, they do have their differences and specialities.

Ghostery is faster, with a slightly better UI, and it gives you more control over the trackers and what happens to them.

Privacy Badger tends to do more by itself when it comes to choosing what happens with the trackers, but it is known for being an excellent security plugin.

As such, it is exceptionally trustworthy, even though its UI is somewhat less informative.

In the end, it is a matter of personal preference, as they are both pretty good, and we don't expect that choosing one over the other will be a thing you might come to regret.

If you want a more privacy-centric beginner-friendly option, then Privacy Badger is for you.

Or you could give them both a whirl – they're free!

Which did you end up choosing and which do you prefer? I would love to hear your thoughts so pop me a comment in the section below.