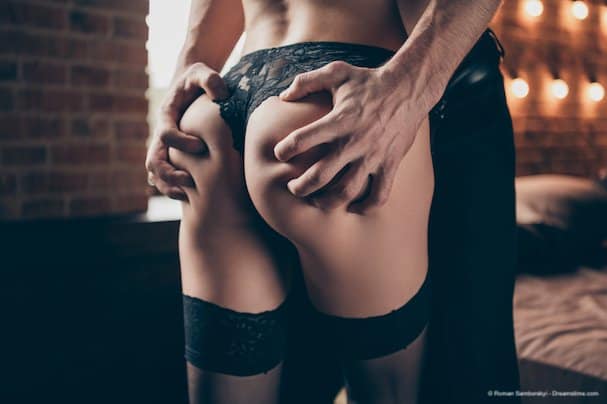 The UK is just under a month away from one of the biggest online censorship exercises in the country’s history.

The censorship plans have already caused widespread anger among many British internet users. While as many of three-quarters of them are unaware of the imminent block, many others have already confirmed that they will not be complying and instead will be using VPNs to evade the age checks.

Online searches for VPNs tripled in the hours and days after the government announced that the new laws would come into force next month. They are likely to spike much higher next month when people realise they can no longer access their favourite adult sites.

The new laws are only applicable in the UK which means that VPNs offer an easy way to sidestep them. By signing up for a VPN such as ExpressVPN and then connecting to a server outside the UK, British internet users can easily unblock all of the pornographic content that will be blocked under the new laws.

It is thought that as many as 20 million British adults could be impacted by the new laws. While many will use a VPN, some will comply with the new requirements and those that do appear to be putting their private data at considerable risk.

New research from the Open Rights Group, a UK-based online privacy campaign group has found that the British Board of Film Classification’s (BBFC) Age-verification Certificate Standard has some major failings.

They analysed the new standard, which is supposed to outline how websites and verifications users will keep users data safe. Their findings make for deeply troubling reading.

Even those that do sign up have no motivation to work hard to meet the standard. If they fail to do so, there are no penalties in place to punish them.

The Standard also has much in common with the legislation on which these new laws are based. According to the Open Rights Group, it is “very broadly drafted and there are not enough specific rules for providers to follow.”

All they have to do is confirm that they have considered a series of issues and chosen a way to deal with them. No further information is required.

The report also slams the BBFC for publishing the standard so late. It only went live in April meaning that websites had just three months to ensure they were in compliance. This is insufficient and therefore many will inevitably fall short.

As the Executive Director of the Open Rights Group, Jim Killick has said, “On July 15, millions of Internet users in the UK will have to make a decision about which age verification providers they trust with data about their personal pornography habits and preferences.

“The BBFC’s standard is supposed to deliver a high standard of protection. However, it is a voluntary standard, which offers little information about the level of data protection being offered and provides no means of redress if companies fail to live up to it.

“Its requirements are vague and a ‘tick box’ exercise. This renders it pointless, misleading and potentially dangerous as advice to consumers seeking safe products.”

He is right and the revelations contained in the Open Rights Group’s report should make every British internet user think twice before they sign up with one of these unregulated age verification schemes.

A VPN will also keep all of your online data private and secure and safe from the UK’s government’s various other online surveillance schemes.