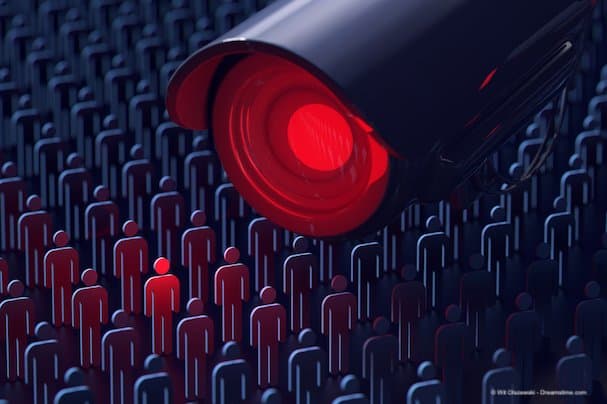 Sam Armstrong, a spokesperson for highly regarded political think-tank the Henry Jackson Society has told the Telegraph (£) that the new plans could help Communist China to spy on prominent civil servants, businessmen, and even politicians.

“A list of billions of late-night website visits of civil servants, diplomats, and politicians could – in the wrong hands – amount to the largest-ever kompromat file compiled on British individuals,” warned Armstrong.

He went on to add that he would expect most people in positions of authority to use a VPN to protect their online privacy and security.

The Henry Jackson Society are not the first such think-tank to make such a connection. The Adam Smith Society said in a report published last week that “age-verification systems would simply incentivise [individuals] to make greater use of VPNs”.

However, he then flagged up recent research into VPN ownership.

A piece of deep-dive research by a group of online security experts was published last month examining the rather opaque world of VPN ownership.

It found that no fewer than 28 VPN firm were ultimately controlled by Chinese companies. A VPN is only as trustworthy as the company that runs it, but Chinese companies are legally required to make all information available to state agencies upon request.

In other words, users of Chinese-owned VPNs can never be sure that details of their online habits won’t fall into the hands of the Communist Party authorities there.

But because ownership of many VPNs is not clear and visible on their website, many users would be unaware they were using a Chinese VPN.

This is not the only big decision that either Boris Johnson or Jeremy Hunt will face after they have walked into Number 10 Downing Street for the first time.

As a recent Independent op-ed by Amy Shepherd, Legal and Policy Officer of the Open Rights Group has highlighted, they will need to decide whether to continue the UK on the damaging spiral towards online authoritarianism that Theresa May has set the country off on.

As a long-serving Home Secretary, May has long been beholden to the UK’s intelligence agencies and it was no surprise that as both Home Secretary and PM she pursued a number of policies which placed so-called national security interests ahead of the basic rights and freedoms of the British people.

As Shepard wrote in her article, “the UK already has one of the most sweeping and intrusive state surveillance regimes in the Western democratic world.”

On May’s watch, the Investigatory Powers Act was passed; a law which Shepard notes, “goes further than any country bar China or Russia in allowing the government to collect and monitor its citizens’ internet browsing history.”

These powers are still in force today and are a big reason why VPN use in the UK has grown significantly over the past couple of years.

The law also included the power for the Government to force tech companies to install backdoors into encrypted communication software. As far as we are aware, this power has not yet been used, but the damaging effects it could cause are already clearly visible in Australia, which has recently passed a similar law.

She concludes by stating, “It is crucial that our next prime minister doesn’t pursue a renewed race to the bottom on digital freedoms. They must instead act to protect our hard-won freedoms and ensure that justice and equality are the rock on which Britain’s future is built.”