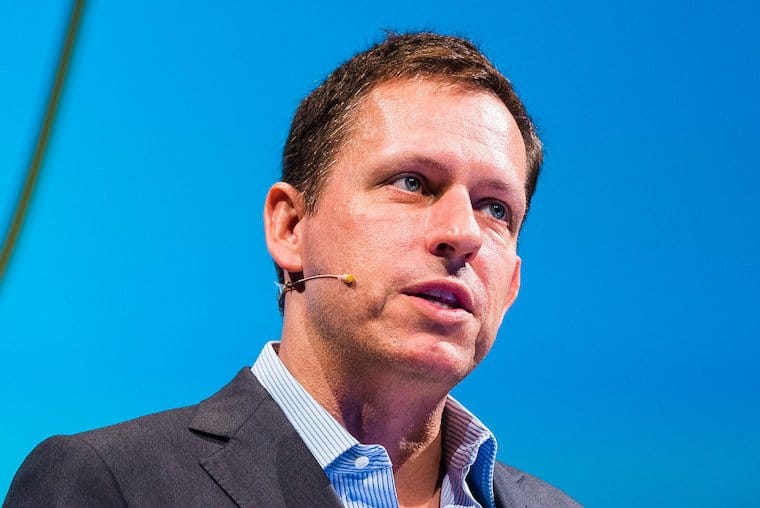 Peter Thiel is something of an anomaly. He is a hugely successful Silicon Valley entrepreneur, as founder of the ubiquitous online payments site PayPal. He was also one of the first investors in Facebook and is still a board member.

But unlike many of his peers and contemporaries, he is also a staunch and vocal supporter of US President Donald Trump.

Which is why his recent comments about the US Government’s plans to undermine encryption are so noteworthy. Thiel is in no doubt that, on this issue at least, the Trump administration is firmly in the wrong.

In an interview on Fox News’s “Sunday Morning Futures”, Thiel was asked about proposals by the FBI to acquire new tools to monitor social media content in real time. But his response was solely about encryption.

“We should be supportive of encryption,” he stated categorically. “If you decrypt everything, maybe stuff goes back to our rivals in China,” he added, voicing one of the most obvious concerns about encryption backdoors opening things up to malicious entities as well as security services.

But Thiel went even further with a specific dig at the FBI over their inability to keep such data secure and private. “Maybe the FBI gets the information, maybe other people get it. I don’t trust the FBI to keep it protected inside the FBI,” he said.

While Thiel’s comments might make sense given his Facebook associations, they make somewhat less sense in the light of one of his more recent ventures, a data analysis company called Palantir Technologies.

It aggregates disparate data sets, find patterns and present results in colourful, easy-to-interpret graphics. It has not been without its controversies either with accusations that its work for police departments in Chicago, LA, New Orleans, and elsewhere has unfairly targeted ethnic minorities.

It would be expected that companies like Palantir Technologies would profit from the breaking of encryption which would theoretically give them access to a lot more lucrative data.

Yet Thiel is resolute in his opposition to the breaking of encryption, which suggests he is one of the few in Silicon Valley willing to put his principals ahead of his profits.

“If we stop the conversation every time you say, ‘Well you’re involved in some other tech company,’ then we could never have this conversation,” Thiel explained when confronted with this on Fox News. “That’s just another way of shutting down debate.”

A conservative voice that understands encryption

“The dogmatic backdoor to encryption that the FBI pushes is something I would disagree with,” he concluded in this latest interview.

His view puts him at odds with many conservatives in the USA. There has been a huge groundswell of opinion with the ranks of the Republicans that Big Tech is hindering national security and needs to be regulated.

These views sit somewhat at odds with their overall world-view that is centred on free-market enterprise, minimal state interference in people’s lives, and individual rights and freedoms.

It is also notable that the majority of people voicing these concerns have little or no detailed understanding of how much modern technology works. Certainly, few seem to understand the wider consequences of introducing backdoors into encryption.

Peter Thiel certainly does. Encryption backdoors are another term for encryption vulnerabilities. They introduce a flaw into the encryption which law enforcement can use to read user messages and see other data. But this flaw can also be exploited by other actors. This could be opportunistic individual hackers or malicious state actors like China and Russia.

Encryption is also vital for all sorts of everyday online activities including online shopping, banking, and much more. Breaching it just to access encrypted information would have a knock-on effect for all these services too.

It is also a fact that encryption can’t be uninvented. Compromise it on mainstream platforms and those who do use it for malicious purposes will simply switch to other platforms which are even less accountable.

Sadly, Peter Thiel is just one voice in a crowded conservative community in the USA. On this particular issue he is something of a lone voice.

But he is also an expert. And it is to be hoped that before he destroys mainstream encryption, Donald Trump takes advice from experts like Thiel rather than listen to the cacophony of noise from people who don’t really understand what they are talking about.