Patel and kids charities turn on Facebook over encryption plans 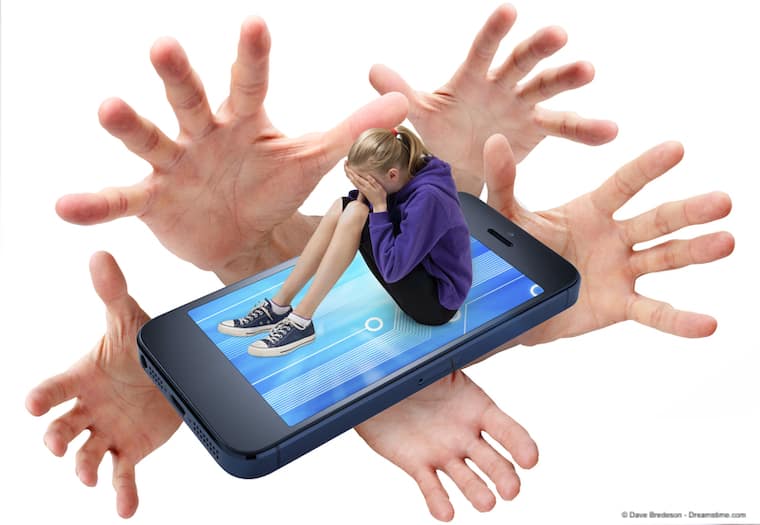 Facebook’s plans to encrypt their Messenger app have come under sustained pressure in the UK this week as children’s charities from across the country united to condemn the move and Home Secretary Priti Patel indicated that they had her support.

We have already reported this week how the encryption debate has reared its head in the USA yet again, with Senator Lindsay Graham drafting a bill that could fatally undermine the technology. The FBI and Attorney General William Barr have also stepped up pressure on Apple over access to iPhone’s.

Now, the pressure is being ramped up on this side of the Atlantic too with the National Society for the Prevention of Cruelty to Children (NSPCC) front and centre.

The NSPCC is a much-respected charity but in recent times it has veered off at some highly inadvisable tangents, particularly on the issue of online safety.

These days the NSPCC is an almost authoritarian voice urging the UK government to undermine children’s online rights and freedoms under the guise of keeping them safe. As we have explained in a previous article, their proposals would actually have the opposite effect.

But now they are at it again and this time they have roped in 100 other child welfare charities alongside them. The result is an open letter that argues that encryption offers paedophiles a safety net to allow them to groom and assault children.

“We urge you to recognize and accept that an increased risk of child abuse being facilitated on or by Facebook is not a reasonable trade-off to make,” the letter states. “Children should not be put in harm's way either as a result of commercial decisions or design choices.”

Other signatories to the letter include Barnardo's, 5Rights, the International Centre for Missing and Exploited Children and Child USA.

The gaping flaw in their case

In support of their argument, the NSPCC has put forward data obtained under Freedom of Information from UK police forces that it claims shows that Facebook, Instagram and WhatsApp were used in child abuse images or online child sexual offences on average 11 times per day over a 12-month period to March 2019.

The big flaw in this argument is that the reason we know about this data is because these companies choose to comply with law enforcement bodies on cases of child abuse and child exploitation.

Whether they are encrypted will not change this fact. WhatsApp is already encrypted and yet still cooperates.

What the NSPCC and other children’s charities is incapable of doing is looking at the bigger picture. Online privacy is under threat more than at any time in history and people want tech companies like Facebook to do more to protect their online data.

If these companies fail to do this, paedophiles and other criminals will simply be driven further underground and onto platforms that do not cooperate with law enforcement. Our ability to monitor and stop these criminals will be weakened not strengthened by removing or undermining encryption.

Under previous Home Secretaries like Amber Rudd and Theresa May, there is no doubt that the government have taken the side of the NSPCC and those that would seek to undermine encryption and make everyone less safe online.

With the recent election and the appointment of a new Home Secretary in Priti Patel who generally has a better and more rounded grasp of these issues, it was hoped that this stance might change. Sadly, that doesn’t appear to be the case.

She went on to reveal that she has met with Facebook and stressed to them her view that “Facebook’s encryption plans cannot be allowed to hamper their ability to protect young people from paedophiles online.”

“I fully support the continued efforts of the NSPCC and children’s charities around the world to engage Facebook on this issue,” she concluded.

The statement stops short of fully endorsing the NSPCC’s position but also makes it pretty clear which side of the argument she is leaning towards.

She is absolutely right that the NSPCC should engage with Facebook on this issue and ensure that they continue to do everything in their power to prevent their platform being used by paedophiles.

But they are not engaging. They are making demands of Facebook and backing up these demands with data that is spurious and misleading at best, and plain wrong at worst.

In our article yesterday about Telegram and WhatsApp, we reported various ways in which WhatsApp’s encryption appears to be vulnerable. Facebook Messenger is likely to be susceptible to similar problems. For the NSPCC, this should be viewed as good news.

If paedophiles feel a misplaced sense of confidence in an encrypted messenger service which isn’t as secure as it seems, there is a far greater chance of them being caught.

But encryption can’t be uninvented and if backdoors are introduced or encryption removed altogether, they will just move onto other platforms and be far harder to catch.