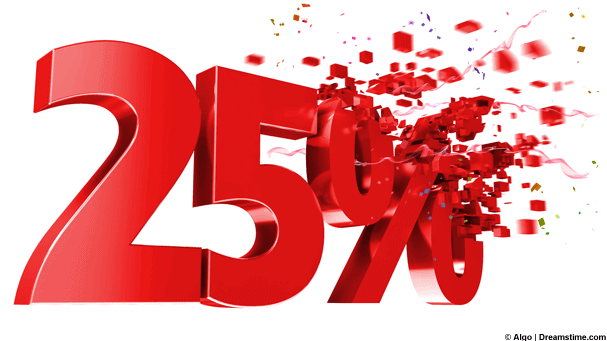 Everyone loves a discount and when it comes to VPN providers there are often two chances a year to take advantage of some super cheap prices.

Many providers offer Winter discounts over the Christmas period but if you’re lucky there are also often some Summer deals to be found.

This month one of the leading VPN providers Overplay are offering a massive 25% off their annual VPN package.

All you need to do to activate the deal is click the special discount below. Valid between July 25th and August 1st 2016.

Overplay offer over 350 servers in more than 44 countries around the world.

They’ve been expanding rapidly in the past few years and in our June 2016 review we found them to be one of the fastest providers available.

Overplay currently offer software for both Windows and Mac systems and although they don’t currently offer Android or iOS apps the service is still usable with both type of device.

Overplay do plan to release custom apps for both Android and iOS within the coming months.

Their recently redesigned custom software is easy and intuitive to use and is suitable for a range of skill levels.

Unlimited server switching is possible and there are no download limits allowing you to use the VPN service as much as you want for any purpose.

Overplay also allow you to use the service on two devices at the same time so it’s possible to protect both your desktop system and also a mobile device or any other combination of two devices.

Don’t forget you can save 25% now by following the special link below.