The Open Rights Group, a UK based digital rights organisation held its annual event, ORGCon14 over the weekend of November 15th and 16th 2014.

ORGCon is billed as the biggest digital rights event in the UK and brings together well known writers, speakers and internet activists to give presentations, discussions and engage with the audience on a range of topics regarding digital rights, topical internet events, human rights and other technology related areas.

Held in the central location of Kings' College, London, United Kingdom. A stones throw from tourists attractions such as the Houses of Parliament and the London Eye, the event took place over 2 days, with the first day dedicated to presentations and large scale group interaction, the second day at a separate location centred around smaller more interactive groups. 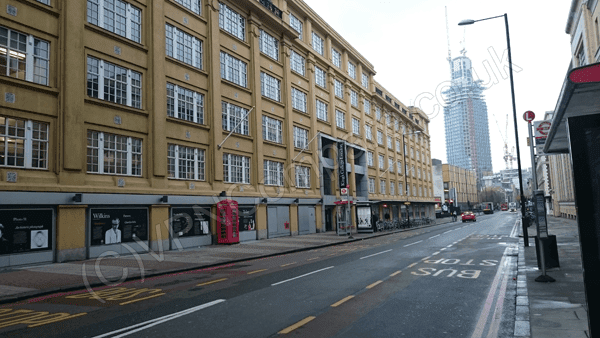 The event, hailed a success by the Open Rights Group, was attended by over 450 tech and digital rights enthusiasts with key speakers such as Cory Doctorow being one of the main attractions.

The first day took place between 10am and 5:30pm with an hour break for lunch and included talks over a series of 3 rooms. A larger auditorium was in constant use and two smaller rooms that were occasionally in concurrent use with various speakers giving talks throughout the day.

As with all such events, there were two or three talks of personal interest running at the same time and of course it was impossible to be in two places at once, as this shows, it offered a good selection of speeches and interesting talks and is better to be disappointed at missing some than being uninspired by a few.

The event and information was so in depth that to cover all speeches we are splitting our reports over a number of articles, so please keep an eye out for the next parts.

Jim Killock, Executive Director of the Open Rights Group said of the event :-

“This year's ORGCon is particularly important because it falls six months before the General Election. The discussions and workshops over the next two days will kickstart our campaign to make surveillance a key issue for voters before next May“

Information doesn't want to be free – Cory Doctorow – 10am

Well known author and Open Rights Group co-founder Cory Doctorow kicked of proceedings with his keynote speech on why information doesn't want to be free. A lengthy and informative speech that lasted roughly 45 minutes at lightening quick pace with little pause for breath or break, Doctorow engaged the audience garnering laughs and intrigue throughout the speech. 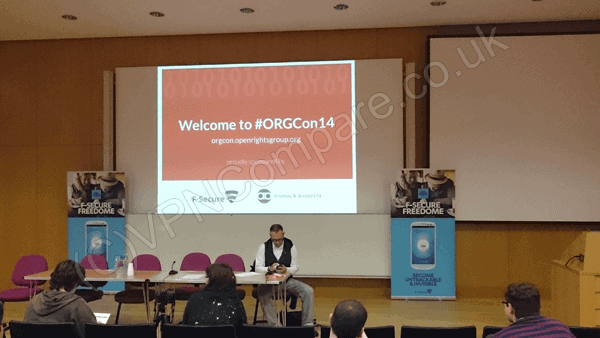 Doctorow kicked off his talk discussing how many people making a living on the internet, many which like himself through the arts, be it music, video or even written work. He explained that regardless of skill of any of these artists, a lot of luck is required to be successful in the arts online. He gave a brief history on how artists have made a living throughout the years before the internet including the likes of radio.

A section of his discussion was dedicated to DRM (Digital Rights Management) and how this has been employed by the big content providers to protect the works of the artists, however Doctorow explained that such locks are there to serve the content providers and not necessarily the artists themselves, elaborating,

“Any time someone puts a lock on something that belongs to you, and won't give you the key, you can be sure that that lock is not there for your benefit.“

Continuing with the theme of DRM, Doctorow conveyed that when selling works online, artists are confronted with a tick box asking if they would like to add DRM to their work, or phrased in a manner which tells them to protect it from piracy. When a question is phrased in such a manner, nearly everyone will tick yes.

Discussion continued explaining that works are scrambled, sent to the customer and for the customer to unscramble it they are required to use a special player, no option to “Save-As” or share the work with a friend. The keys to unlock the content are hidden within the player, you can not use another player or write your own to play that content.

Doctorow continued stating that when you give hidden keys in software, “it's like putting the ATMs in the bank robbers sitting rooms“

People can easily circumvent DRM, software can be spread easily and instructions requiring you to type something in the command line can be shared online quickly. When artists supply their work to a distributor it allows platform creators such as Apple, Amazon, Adobe and others to be the only ones authorised to allow users to unlock their work.

Doctorow talked about how the large distributors have grown, basically removing the ability for independents to compete and in essence does not reduce piracy but only limits the ability for competition in the distribution network. With the introduction of specific privacy related crime agencies such as the UK's City Of London Police who deal with copyright issues, he advised that this has only served to further this reduction of competition.

“The darknet after all is immune to this kind of enforcement, their are many channels for getting stuff online that are outside and of course a working internet is an internet that makes copies quickly and efficiently.“ 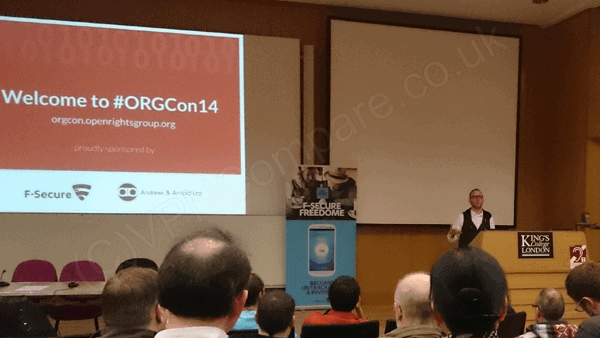 The talk was continued around UK copyright policy and other similar policies around the world. How the UK sought to cut users from the internet in a 3 strike style system that would remove internet access from homes even though not all residents would of been guilty of copyright infringement. Doctorow noted how a study in a northern town of the UK had found that when the residents were supplied with internet access, the whole quality of their life went up from their health to prospects and educational achievements.

The speech by Cory Doctorow was the highlight for many attendees and was an intriguing insight in to the thoughts of a well known author.