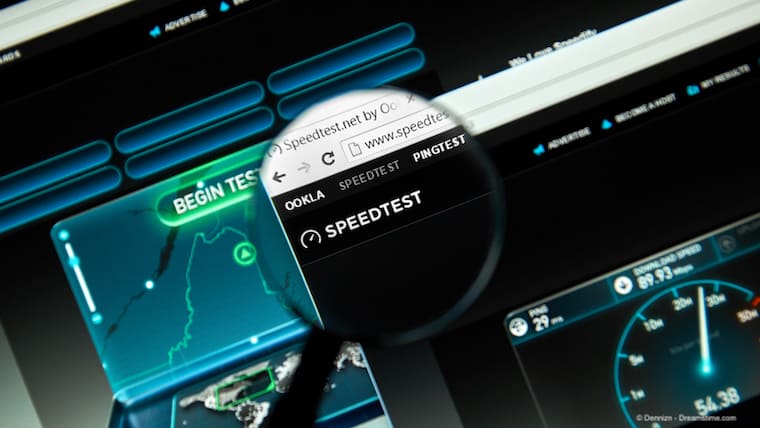 Ookla's Speedtest is one of the very best speed testers around and a tool we use frequently when reviewing VPN speeds.

But now Ookla, the company behind Speedtest is following a recent trend among a number of tech companies and decided to add a VPN of its own to the latest version of its iOS app. This is a preview of their full VPN which is expected to be launched sometime next year.

If this move sounds familiar, it could be that you recall reading our article from a couple of months back about Cloudflare’s new (sort of) VPN called WARP. We say sort of because while WARP had most of the features of a VPN, it didn’t offer any privacy protections which is a slightly odd idea.

Other companies have followed a similar pattern of adding VPNs to existing consumer products in an attempt to grab a share of the burgeoning VPN market. Also check out our reviews for best iOS VPNs on the market

What do we know about Ookla’s new VPN

At this point, we would like nothing more than to launch into a full review of how Ookla’s new VPN performs. But unfortunately, at the time of writing, we are almost as much in the dark as you are.

All we know for sure is that, at the moment, the Ookla VPN is free and it also has a data transfer limit of 2GB. It is only available on the Speedtest iOS app for the moment. All you have to do is download this app onto your device, agree to add the personal VPN configurations the app asks for, and then open the app and tap the connect button.

It is thought the Ookla VPN may be added to their Android app soon too but this has not been confirmed.

Future plans for the VPN remain unclear. It is possible that it could remain free, become a paid-for service, or have a limited free service with the option to pay to access a full range of features. This is the route that Cloudflare went down with their WARP service.

It is also unclear whether the data transfer limit is only in place for the trial period or whether it is a permanent arrangement.

We have not yet tested the Ookla VPN so we are reluctant to pass any sort of judgement on the service at this stage. But there are some general points that can be made based on what we know so far.

As a free VPN, there will always be some reservations about the level of service Ookla will be able to offer. They are a reputable company so we would hope that they are not going to go down the route so many other free VPNs have and make their profits through selling user data and pushing adverts onto customers. But at this stage, we cannot be certain.

The data limit also renders the Ookla VPN useless for many everyday things like streaming content or online gaming. It is not an uncommon limitation when testing a new VPN but if it is going to be permanent then it will severely restrict who is likely to sign up.

The challenge of branching into the VPN market

Even if both of these features do prove to be temporary, the biggest problem with Ookla’s VPN is likely to be that its service isn’t at the same level as many of the established VPNs like ExpressVPN and NordVPN (which Ookla itself recommends).

These providers have been around for years and have built a large customer base off the back of their wide range of features and high-quality service. Ookla will do very well to compete with them but if it does plan to charge for its service it will need to.

Another problem is that Ookla is just adding a VPN to its existing service. Established VPNs put all their time and resources into their VPN service alone. Ookla will not be doing this which will make the challenge of competing all the greater.

More competition within the VPN market is always to be welcomed. Competition keeps prices low and drives up innovation and customer service.

But when companies like Ookla add a VPN to their existing services, it also gives a sense of a company that thinks this market could be profitable rather than one which is committed to delivering the best possible VPN for its users.

We are certainly not pre-judging Ookla in this way. Their VPN might end up being exceptional. But previous examples of companies following this business route suggests it is likely to be another average VPN in a crowded middle ground.

We may change our mind when we get to review the full Ookla VPN. But for now, we would advise our readers to stick with the established VPNs that we have fully reviewed and don’t hesitate to recommend.