Home » News » Online gaming to be heavily censored in China

Online gaming to be heavily censored in China 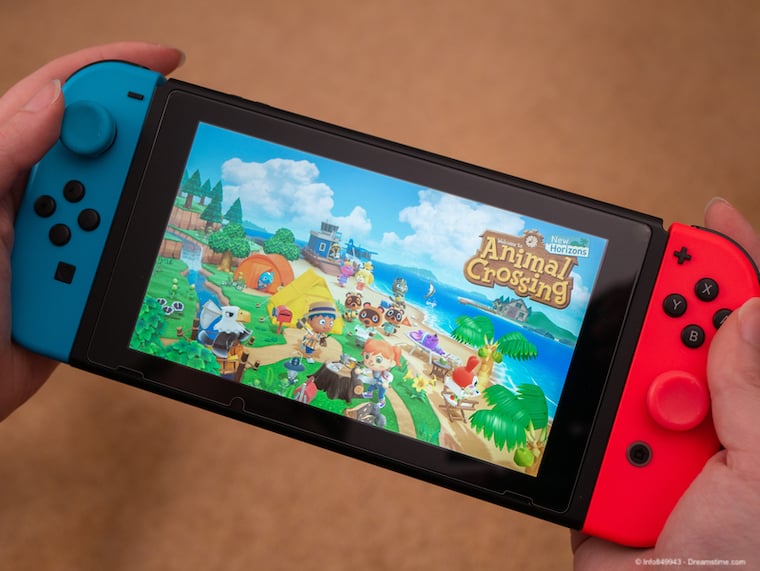 It’s been a really bad week for the Chinese Communist Party (CCP). Not content with downplaying a deadly pandemic, their botched attempts at a cover-up have attracted scorn and anger, while their dissemination of substandard PPE has attracted further ire and put more lives at risk.

Pressure on the regime within China has also begun to grow with few people buying the propaganda that has been spread that has sought to blame the virus on everyone from the US Army to black people.

In response to this catastrophic chain of events, the CCP has reacted in the only way they know how; with oppression and censorship.

The latest forum to feel the wrath of the CCP censorship machinery is the world of online gaming.

This focus appears to have begun last week when the Nintendo online game Animal Crossing was suddenly blocked across China.

Animal Crossing is a seemingly innocent game in which players can create a home and interact with cute animal villagers. So why has it drawn the attention of CCP censors? The answer seems to be that prominent Hong Kong pro-democracy campaigner Joshua Wong revealed that he was a fan of the game.

Wong revealed on social media that he had been playing a customized scene from the game that included a ‘Free Hong Kong’ banner and mocked CCP dictator Xi Jinping.

His revelation led to a slew of copycat adaptations and images popping up on social media criticizing the Communist regime and mocking their abject failure to handle the coronavirus outbreak.

The CCP reacted in the only way it known how; by seeking to shut down access to the game for every single one of China’s 1.6 billion people.

Online gaming in the crosshairs

Unfortunately, Wong’s promotion of his passion for Animal Crossing appears to have had unintended consequences for all gamers in China as it has drawn the CCP’s focus onto the world of online gaming.

This is one of the few online forums that hasn’t really attracted the attention of their army of censors previously. As a result, alongside playing the games themselves, online game messaging sites have provided a forum where Chinese citizens could speak relatively freely.

However, it appears that the Animal Crossing incident has drawn the regime’s attention to online gaming and they have realised that it is one of the few areas where they haven’t asserted their own despotic powers.

That all seems set to change with lawmakers across China apparently scrambling to draft legislation to increase the level of censorship in online gaming and prevent gamers from being able to communicate outside the Great Firewall.

According to Taiwan’s Liberty Times, there are a number of proposals on the table. These include subjecting all online games to the same online surveillance as most other internet activities in China and developing a new ‘real-name’ mechanism that will prevent gamers from playing anonymously.

They are also planning to completely block access to a wide range of online games that touch on topics that are sensitive to the CCP.

Given their chronic mishandling of the coronavirus outbreak, it will come as no surprise to learn that any game that involves plagues, pandemics, or viruses are to be blocked. This includes all zombie games which will hit a number of China’s most popular titles.

Other types of games that will be blocked include any in which you can edit a map and so question Communist China’s spurious sovereignty claims over areas like Taiwan and Tibet. Roleplaying games look likely to fall foul of the new laws as do any that let you organise a union.

This last one might chime with readers who recall our coverage of the Huawei controversy in the UK earlier this year, as that companies claims that it was independent from the CCP rested on the fact that its majority owner is a Chinese union.

Use a VPN to play online games in China

The decision to block access to online games is likely to provoke considerable anger among a great many people in China, especially younger generations. At a time when the CCP is under more international and domestic pressure than ever before, this is something that could ultimately backfire and put their grip on power under threat.

But, in the short term, online gamers are either going to have to accept that they can no longer play their favourite games, or they can take matters into their own hands.

That means using a VPN to get around Chinese censorship and playing their favourite games as usual.

VPNs are still technically illegal in Communist China but despite the best efforts of the CCP apparatus, a number of top VPNs remain accessible across the country. They are widely used by people to access free information rather than CCP propaganda and unblock other censored online content.

Choosing a VPN with fast connection speeds will enable you to access and play censored online games too, as well as remain anonymous while you do so.

While the CCP regime does appear to finally be crumbling, it has not gone yet and until it does, a VPN offers the best way to access blocked content in China.

To help you choose the right VPN for online gaming in China, take a look at our recently updated guide to the Best VPN for China 2020.