Freedom on the Net 2020 finds online freedom in decline 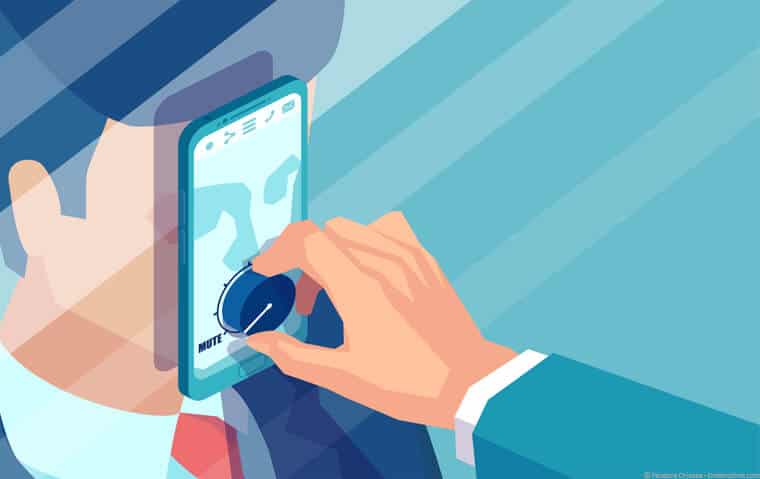 Freedom House has published its annual Freedom on the Net report for 2020 and, in keeping with much of the news this year, it doesn’t make for pretty reading.

This essential report is a collaborate effort by the Freedom House team and a network of more than 70 researchers in 65 countries around the world. It is the standard-bearer for assessing the state of online freedom around the world.

They have concluded that online freedom has receded globally for the tenth successive year and note that many governments and autocratic regimes have used the global coronavirus pandemic as an excuse to expand surveillance and undermine rights.

For the sixth year in a row, the country with the worst record for online freedom was Communist China.

An increase in the arrests of internet users, particularly in relation to the protests in Hong Kong and an increase in content control regulations impacted their score still further.

The Communist regimes attempts to cover up the outbreak of coronavirus before it went global saw the full state surveillance and censorship apparatus swing into action to chilling effect.

Communist China scored just 10 out of 100 on the Freedom House ranking system.

The country with the highest rating for online freedom was Iceland again.

Rights in Iceland actually improved this year again with a new whistleblower-protection law coming into effect. But reforms on issues such as intermediary liability are still yet to make it onto the statute book.

The USA scored 76 which is a point down on the previous year and made it four consecutive years of decline.

The main criticism levelled at them was the decision to ban access to Chinese apps Tik Tok and WeChat.

Even though Freedom House admitted these apps handed data over to Communist China, they judged the actions of the US government to be “arbitrary and disproportionate”.

One of the most fascinating parts of every Freedom on the Net report is the country-by-country analysis they offer. This year has seen a decline in the internet freedoms in several countries, but there are still some that have shown an improvement.

The country that has shown the worst decline in the past twelve months in Myanmar.

They dropped 5 points on the online freedom scale as a result of government-enforced internet blackouts in Rakhine and Chin States which has left almost 1.4 million people without internet access since July 2019.

They have also blocked content critical of their handling of the Rohingya refugee situation and allowed the proliferation of content that incited violence towards them.

The only other country to show a 5 point decline in the past year is Kyrgyzstan.

This former Soviet state saw internet blackouts in Koi-Tash, where supporters of the former president Almazbek Atambayev clashed with special forces sent to arrest him.

There was also censorship and intimidation of independent journalists, especially those investigating corruption in the country while coverage of the coronavirus pandemic was strictly controlled.

Third on the list of worst performers in the past year was India which lost four points. They were the world leader for internet shutdowns thanks, in no small part, for the lengthy shutdowns in the Kashmir region.

The Indian authorities also put more pressure on social media sites and streaming sites to censor content that was critical of the government and the Hindu nationalist cause in general.

Other countries which saw big declines were Nigeria, which saw greater controls over social media and state-sponsored cyberattacks, and Rwanda, which was reclassified from ‘partially free’ to ‘not free’ thanks to evidence of cyberattacks and spyware being used against political opponents at home and abroad and the arrest of journalists and bloggers.

In total, Freedom House recorded the use of internet connectivity disruptions in 22 of the 65 countries they monitored.

They rightly noted that “such practices are an ultimate expression of contempt for freedoms of association and assembly, as well as for the right to access information.”

It wasn’t all bleak news. There were some countries that showed an improvement in internet freedom overall.

Sudan is not a country renowned for promoting individual freedoms but it rose five points on last year’s report thanks to the actions of its new transitional government.

With the ousting of dictator Omar al-Bashir, a new constitution that protects freedom of expression and access to the internet has been established. But issues with connectivity and internet shutdowns have continued including a 40-day blackout following a brutal crackdown on protestors.

Ukraine also saw a five-point rise thanks to the removal of telecommunications licensing requirements and easing censorship.

However, some of its gains were thanks to the decision by Freedom House to exclude the Russian-occupied eastern regions of the country from their assessment.

An absence of connectivity issues this year in Zimbabwe helped them to climb four points from their previous rating.

But things are still not great there with online critics of the government getting regularly harassed. There are concerns the situation may revert back to its former setting in future years.

The impact of Covid-19 on internet freedom

The outbreak of a global pandemic and the trend towards locking down entire populations in an effort to control the spread of the virus has resulted in people being ever more dependent on the internet for everyday things such as work, education, shopping, healthcare, communication and more.

But Freedom House notes that many governments are exploiting the pandemic to shape online narratives, censor critical speech, and build new technological systems of social control.

They have identified three main trends emerging from the pandemic:

In support of their claim that we have seen a spike in attempts by political leaders to exert greater control over the spread of information this year, Freedom House cites the increased blocking of independent news sites around the world and a growth in the number of people being arrested for spreading what authorities deem to be ‘fake news’.

They also note that many governments and regimes have themselves been guilty of disseminating fake and misleading news to cover up for failed policies in response to the pandemic and other policy issues.

This has included the scapegoating of minority ethnic and religious groups in some countries and the censorship or complete cutting of internet access for marginalised groups.

There is little doubt that the pandemic has been an opportunity for the expansion of online surveillance in many authoritarian and democratic countries around the world too.

The digitization, collection, and analysis of people’s most intimate data without adequate protections against abuses has been hugely popular with monitoring and controlling the spread of coronavirus being cited as the reason for this.

We have also seem a rapid expansion in the use of Artificial Intelligence, Biometric surveillance, and device monitoring with few if any safeguards being put in place anywhere to protect basic rights and freedoms.

Freedom House raises the distinctly uncomfortable suggestion of “the prospect of a dystopian future in which private companies, security agencies, and cybercriminals enjoy easy access… to our medical histories, facial and voice patterns, and even our genetic codes.”

Cyber-sovereignty is a notion first suggested by the Chinese Communist Regime, which operates the most intrusive and repressive online surveillance and censorship programme on Earth.

Inevitably, it is a concept that has been leapt on by other totalitarian and authoritarian regimes that are keen to cement their control through managing the flow of information to their people.

In this report, Communist China is found to be the world’s worst abuser of internet freedom for the sixth year in a row, yet it has been able to sell and market its technologies to regimes from Russia to Iran and beyond with impunity.

Both these countries now have the ability to isolate themselves from the global internet, something which Communist China has effectively been doing for years.

But it is also a trend that seems to be spreading to democratic countries too according to Freedom House.

They note that India and the USA have banned various Chinese apps while governments in Turkey, Brazil, and Nigeria either passed or considered laws which would prevent domestic internet data from leaving the country.

While Freedom House notes that this was aimed at curbing repressive practices, the impact of such judgements only serve to legitimise the notion of each state overseeing its own “national internet.”

To get off this slippery slope, Freedom House recommends the creation of various new systems of internet governance that can uphold basic democratic principles of popular representation and participation.

They have ambitious, perhaps unrealistic goals. The report discusses the protests movements in places like Hong Kong, Venezuela, and Belarus, which have been fueled by online communications.

Regimes instinctively shut down the internet to try and repress protests of this kind and Freedom House argues that the internet freedom movement needs to raise its ambitions from just demanding policies that respect basic human rights, to actually creating robust governance structures that can enshrine and enforce those protections.

How the Freedom on the Net ratings are reached

The research that goes into the Freedom on the Net report is extensive.

They examine a total of 65 countries which have been chosen on the basis of criteria such as the size of their internet population, their regional or global positioning, and the unique quality of their restrictions or protections on the internet.

The countries assessed in the report make up around 87% of global internet users meaning that the overwhelming majority of internet users are covered by this survey.

The methodology used in reaching the ratings for each individual country is complex but is based on three main categories:

The Freedom on the Net 2020 report is a comprehensive one and it paints a pretty bleak picture.

Far from democratic countries upholding the highest standards of online rights and freedoms, many are heading down the same road as the totalitarian regimes that dominate the worst performers on this list.

Online freedom continues to be in decline around the world and the coronavirus pandemic has only made things worse.

There are some bright spots to be found, but overall there is a lot to be done if this situation is to be reversed and the internet is to become and free environment it was always intended to be.