Home » News » Is online freedom dead without a VPN?

Is online freedom dead without a VPN? 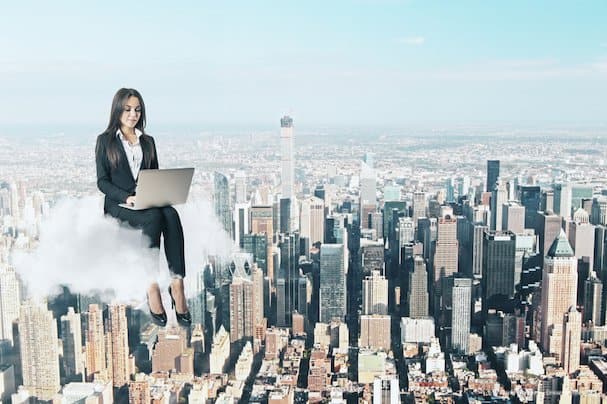 The UK is the home of democracy and individual rights, but with the announcement of their plans for a sweeping clampdown on internet rights earlier this week, some are now speculating that things could have gone full circle.

It was in the UK just over 800 years ago that King John first signed the Magna Carta recognizing the rights of some of his nobles. This evolved into the world’s first proper Parliamentary democracy. The UK was also one of the earliest countries to introduce universal suffrage and to abolish the slave trade.

It is a proud history of freedom and individual rights but when it comes to online rights, the UK has, sadly, been at the forefront of a trend moving in absolutely the wrong direction.

Online freedom under fire in the UK

The introduction of the Investigatory Powers Act in 2016 marked a huge backwards step for online freedoms. It means that everybody’s internet activity was recorded and available for a whole host of public bodies to access as and when they want to.

The Act is widely recognised as the most overbearing and intrusive piece of online surveillance legislation outside of authoritarian regimes like China and Russia.

But it seems it hasn’t given the UK government enough control over the internet. Now, they have decided to clamp down on tech companies too.

As we wrote earlier this week, plans for a new internet watchdog include new powers to fine and even block tech companies if they publish content the UK Government consider ‘harmful’.

As former Government Minister John Whittingdale said when the new proposal was put forward, such a move risks legitimizing regimes like the Communist one in China which will soon be able to point to the UK whenever the western world criticizes their own online controls.

If the very home of democracy has introduced such controls, what rights do the rest of the free world have to criticize countries like China?

The UK Government’s plans are outrageous, overbearing, a threat to freedom of speech, and a further erosion of UK citizen’s already much undermined online rights.

A similar pattern in other western democracies

But the UK is far from the only country to be heading down this authoritarian road. Australia has just pushed excessive legislation through their Parliament with little scrutiny. The USA is also discussing stronger online regulations.

In the EU, the recent Copyright Directive is likely to lead to widespread online censorship. At the same time, the European Commission is also pushing its appalling Terrorist Content Regulation which has been described as Article 13 on steroids for the damaging effect it is likely to have.

The Western world is moving quickly towards a Chinese model of the internet with state regulation and control removing all individual freedoms. This is not a conscious decision but a slow and gradual process where individual governments try to tackle small online issues and are going to end up breaking the entire system.

They are also abdicating any moral high ground when it comes to basic human rights like freedom of speech and access to information. Little wonder therefore that less democratic countries are being even less subtle in their attacks on online freedoms.

Just this week in Egypt, the government has blocked access to a popular online petitions site. Its crime? It is hosting a petition against a referendum planned by President Abdul Fattah El-Sisi which would extend his control of the country for another six years.

Meanwhile, in crisis-wracked Venezuela, around 90% of the internet is currently believed to be offline altogether. This is partly down to the sweeping power cuts which have hit the country, but also largely due to the socialist regime of Nicholas Madura desperately trying to cling to power.

Just about everywhere you look these days, online freedoms and online rights are being undermined. It is therefore little wonder that many are saying that the days of a free and open internet are, at best numbered, and at worst, already over.

It is certainly the case that the number of countries where you can access the internet without any undue state interference is declining rapidly.

This is one of the reasons why we place a lot of emphasis on where VPN providers are based. The domestic legal system they operate under tells us a great deal about how much they can protect your online privacy.

Use a VPN to protect online freedoms

For those of us not lucky enough to live in one of these countries, the sad truth is that online freedom is indeed dead unless we take matters into our own hands that is.

As government’s strive to undermine online rights and privacy, awareness of just how important these rights are continues to grow. And more and more people are taking steps to defend their own rights.

One of the most effective and popular ways to do this is with a VPN. By signing up for a premium VPN like ExpressVPN or NordVPN, which is based offshore and offers strong encryption and reliable privacy policies, you can ensure that your online rights are safeguarded regardless of what laws your government chooses to pass.

Even the most resource-heavy online surveillance systems like the one in Communist China, cannot stop VPN users from keeping their online data secure and private. Most western countries like the UK doesn’t even consider VPNs in their laws, much less try and prevent their use.

So, while online freedom might well be dead for many, for those in the know and with a VPN installed, it is very much alive and kicking.