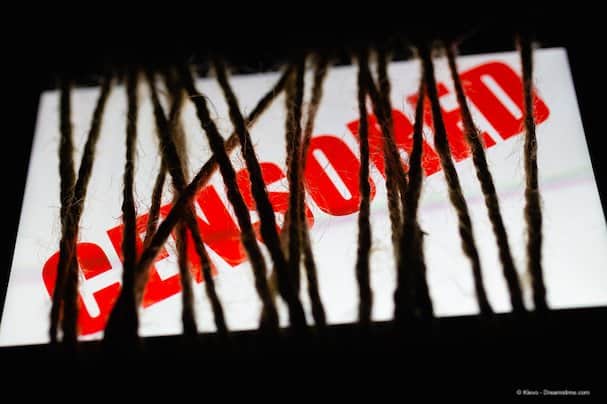 It is a sorry state of affairs but internet censorship news is coming so thick and fast these days that it is getting hard to keep up.

Only yesterday, we reported on how Communist China is now blocking all language versions of Wikipedia either due to the upcoming anniversary of the Tiananmen Square massacre or as a precursor to the launch of their own heavily censored and fabricated online encyclopedia.

Today, we are going to round up news from three high-profile countries all of which are following Communist China down that slippery road towards comprehensive online censorship; Pakistan, Egypt, and Dubai in the United Arab Emirates.

If there is one thing that unites these three places besides a growing issue with online censorship, it is the rapid growth in VPN use they are seeing. This is no coincidence.

By connecting to a VPN, people in Pakistan, Egypt, and Dubai can all get around state internet censorship and access the internet without restrictions.

VPNs such as ExpressVPN, NordVPN, and IPVanish offer people in countries like these the online security and privacy they need to use the internet freely and speak out online with confidence and without fear of reprisals.

Little wonder then that VPN use is on the rise in all three places. And it is not just the likes of journalists, opposition politicians, and human rights activists who are using them. It is ordinary people who are fed up with the state trying to dictate what they can and can’t see and do online.

Let’s first look at Pakistan where censorship has been rife for some time. As the Committee to Protect Journalists noted last year, Pakistan’s hugely powerful military has managed to systematically undermine and take control of most mainstream media outlets.

Until recently, social media was just about the last bastion of genuine free speech in Pakistan. That is no longer the case. In February, Pakistan passed a new law which made it illegal to use social media to spread “hate speech and violence”.

This loosely worded law has inevitably been used to crack down on dissent.

Just one example is that of journalist Rizwan-ur-Rehman Razi. He wrote a piece criticizing the military for committing extra-judicial killings and tweeted about it. A few days later he was arrested for publishing “defamatory and obnoxious” content against the state.

He was detained for several days and on his release, his Twitter account was deleted. He has not tweeted since.

He actually got off relatively lightly. The maximum sentence for such a crime under the new laws is 14 years in prison.

His case is just one example of how the new laws are being used to censor social media content.

Pakistan also censors in other ways too. In the first quarter of 2018, they had 2,203 pieces of content removed from Facebook. That is six times higher than the previous six-month period and the most of any country.

The same pattern can be found with Twitter, where they had 3,004 accounts deleted in the same time period compared to just 674 in the previous six month period.

Social media is still the last bastion of genuine free speech in Pakistan. But the authorities and the military are closing in fast making a VPN increasingly essential.

The recent crackdown in online freedom in Egypt just happened to coincide with a referendum on whether to allow President Abdel Fattah al-Sisi to remain in office until 2030.

After an anti-Sisi petition reached 60,000 signatures online, the social media crackdown, which began last year intensified. Now any user with more than 5,000 followers could be deemed “a threat to national security” and face a fine or having their account blocked if they step out of line.

The Sisi regime is well used to blocking content online too. Last month, no fewer than 34,000 URLs were blocked by Egyptian ISPs. This is on top of the blocking of the Bitly URL shortening service which is believed to have broken 37.5 billion web links in Egypt.

This is an undisguised effort by the Egyptian authorities to shut down political dissent and opposition. With public protests inevitably after Sisi won the referendum, the situation is only likely to get worse in Egypt, meaning Egyptian people who want free access to information now have no choice but to use a VPN like ExpressVPN.

Under the laws of the United Arab Emirates, any content considered to threaten the “identity, traditions, ethics, morals and culture” of the country is illegal and therefore blocked.

In practice, this means the government can censor any content they don’t like. It is a law they take full advantage of.

Anything critical of the authorities or of Islam is quickly blocked. So too is explicit pornographic content, any content related to homosexuality, and a lot of content that promotes religions other than Islam.

In recent times, they have also taken to blocking a lot of shows and movies on streaming services such as Netflix. They also closely monitor online activity to try and identify anyone who might be a threat to the state.

The many ex-pats in Dubai already routinely use VPNs to access the internet without restriction and avoid this surveillance. It is also routinely recommended that visitors download a VPN before travelling too.

With things getting progressively worse in Dubai, this advice is becoming more important than ever.