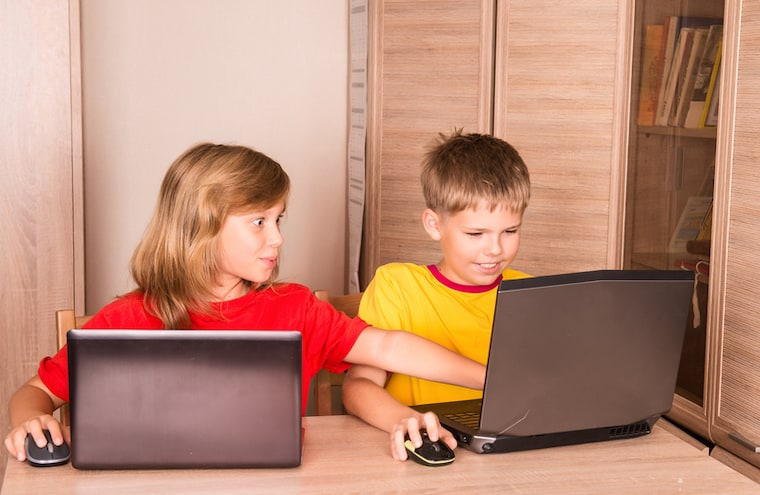 Do children have the same rights to online privacy as the rest of us?

Most people would agree that while it is sensible for parents to be able to monitor their kid’s online activity, they wouldn’t want kids to be any less secure online than anybody else.

However, the UK’s pre-eminent children’s charity, the National Society for the Prevention of Cruelty to Children (NSPCC), begs to differ.

It is almost universally accepted that encryption helps to keep people safer online.

Yet the NSPCC is currently actively campaigning to stop Facebook from encrypting its Messenger app and other messaging services. In doing so, they are pushing for children’s messages to be more insecure and vulnerable to hackers, spies, and online surveillance

The argument put forward by the NSPCC in the Daily Telegraph (£) is that such online security measures mean that Facebook would “lose the ability” to detect if underage users were being groomed on the site.

The NSPCC’s Head Of Child Safety Online Policy, Andy Burrows, told the Telegraph, “We know from our own research that Facebook and Facebook-owned apps are the predominant sites where (grooming) offences are being recorded.

“It seems curious at best that a platform, looking at the extent of risks it has on its site, would choose to do something that will at best actively frustrate the ability to see what is going on and protect child users.

“That’s why we have called in the white paper response for children and young people’s accounts not to be encrypted unless and until a platform can demonstrate that in moving to encryption it doesn’t compromise the duty of care.”

While it is understandable that the NSPCC wants to protect children from grooming, in taking this stance, they are guilty of following the same line of thinking that has let the UK government systematically undermine our online rights in the name of keeping us safe.

They are prioritising security over privacy. While some children are victims of grooming, the overwhelming majority are not. Is it right that they should all have their messages left open to hackers and online spies?

Their statement also suggests a chronic lack of understanding of how encryption works in practice.

If Facebook decides to encrypt Messenger, it has to encrypt everything. It cannot pick and choose which accounts are protected because they, by definition, means creating a backdoor which hackers can then exploit.

They could choose to create a children’s version of the app which is unencrypted. But it would be difficult to persuade children to use this rather than the grown-up version and the issue of everything being unencrypted still remains.

The NSPCC’s stance is effectively advocating a nanny state. But keeping children safe online is not just the responsibility of social media sites. Encryption protects children (and everyone) from a huge range of online threats.

Other threats exist but that doesn’t justify throwing the baby out with the bathwater. Parents also have a role to play in monitoring their children’s online activity. Providing them with the tools and information to enable them to do this is a far safer way of preventing grooming than campaigning against encryption.

This is not the first time the NSPCC has argued for keeping children safer online by undermining their privacy. But their stance is a controversial one for such a generally respected charity to be taking.

Interestingly, the issue of children’s online privacy has also hit the headlines in the US this weekend too.

An FTC investigation has concluded that Google should be fined $200 million after its YouTube service violated a children’s privacy law.

The investigation relates to the company’s collection of children’s online data without the permission of their parents. It will be the largest fine ever imposed for violating the Children’s Online Privacy Protection Rule.

However, many advocates are still arguing that the settlement is too low. Katharina Kopp, deputy director of the Center for Digital Democracy, argues that “a settlement amount of $150-200 million would be woefully low, considering the egregious nature of the violation, how much Google profited from violating the law and given Google’s size and revenue.”

She went on to claim that the fine “would effectively reward Google for engaging in massive and illegal data collection.” Democratic Senator, Ed Markey, went even further describing the amount as “a nominal fine”.

While it is certainly true that $200 million is a drop in the ocean for a company the size of Google, it is still a significant amount of money and does still demonstrate that, in the US at least, children’s right to online privacy is taken seriously.

This is something that both the UK and the NSPCC could learn a great deal from.