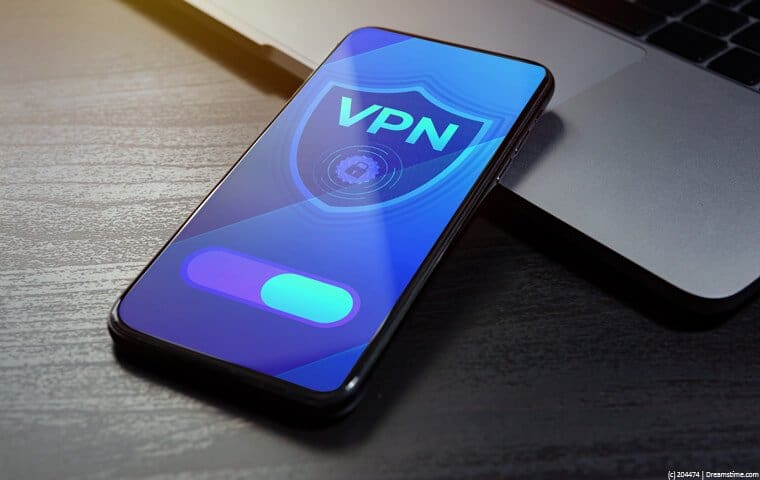 It has been announced that the companies behind two of the world's biggest and best-regarded VPNs, NordVPN and Surfshark VPN, are merging to form a single VPN superpower.

Nord Security, the company behind NordVPN, confirmed on Tuesday that it was merging with Surfshark to form a new company called Cyberspace. Cyberspace will be registered in the Netherlands.

Nord Security has been at pains to stress that this is a genuine merger and not a takeover.

A spokesperson told PCMag, “Nord Security is not buying Surfshark, this is a merger. However, further details of the transaction are not disclosed as both companies are privately owned entities.”

The announcement included all the usual spiel about how the merger will help with growth and development. “The merger will open new technical knowledge-sharing opportunities and enable more focused market diversification”, they explained.

This tantalising comment opens up the prospect of NordVPN and Surfshark sharing technologies at some point in the future. But for now, both are clear that they plan to continue as independent VPNs.

What the merger means for NordVPN and Surfshark VPN customers

That is important for users who may be wondering how this merger affects them. The short answer is that, for the time being at least, it won't.

NordVPN and Surfshark will continue to operate as independent VPN providers.

They will not share the same infrastructure, which means that NordVPN and Surfshark will continue to offer their own server networks, independent of each other.

Some NordVPN customers may be a little bit concerned that the new Cyberspace company will be headquartered in the Netherlands.

While the Netherlands is a country that has some of the best privacy laws in Europe, it is still part of the EU and has close relations with the Five Eyes member countries.

The good news is that it has already been confirmed that NordVPN will continue to be incorporated in Panama. This means that your VPN will still be subject to Panama's much more robust privacy protections and there will be no requirements for NordVPN to store any customer data.

Surfshark is already located in the Netherlands, so there will be no change for their current subscribers in any case.

The announcement of a merger between the parent companies of NordVPN and Surfshark VPN has not come as a complete surprise to those of us who follow the VPN industry closely.

It has previously been noted that Nord Security and Surfshark VPN both have ties to a Lithuanian business incubator and accelerator company called Tesonet.

It was Tesonet which helped the Lithuanian founder and CEO of Surfshark VPN, Vytautas Kaziukonis, to develop and expand his business.

A quick look at the Tesonet website shows that it lists Nord Security's range of online security and privacy products as being among the services they have contributed towards.

Interestingly, they make no mention of Surfshark.

Meanwhile, it has also come to VPNCompare's attention that NordVPN and Surfshark VPN also used the same Russian-speaking US Attorney, to register their respective trademarks.

This now appears to be more than just a coincidence.

Equally, Surfshark's current Chief Marketing Officer, the wonderfully named Regimantas Urbanas, shows on his LinkedIn account that he joined the company in July 2018 with no mention of Tesonet in his work history.

But on his Facebook account, a post-dated July 2018 states that “today I'm pleased to announce that I had my first official day at Tesonet, one of the fastest growing tech companies in Lithuania.”

In light of these various Lithuanian connections, a merger has been muted as a possibility for some time. It is now official, although details about the ownership of the new Cyberspace entity remains somewhat opaque for the time being.

We will keep readers informed as soon as we find out more.

What this merger means for the VPN market

The news that NordVPN's parent company Nord Security and Surfshark VPN are merging comes hot on the heels of the announcement in September 2021 that ExpressVPN was being bought up by Kape Technologies.

Kape Technologies already includes a number of other VPNs such as CyberGhost VPN, Private Internet Access, and Zenmate as well as various other online technology companies.

What this shows is a mature market where the hundreds of individual VPN providers are beginning to be brought together under unified umbrella companies with a handful of companies operating the majority of the major providers.

How long these various providers will remain separate and which owner will begin to amalgamate various VPN providers into a single super-provider first remains to be seen. But such a move appears almost inevitable at some point down the line.

This latest merger also shines a spotlight very firmly again on the tricky question of exactly who it is that owns many of the VPNs that we trust with our sensitive internet data.

Neither Cyberspace or Kape Technologies are forthcoming with details about its shareholders and in an age where online best practice leans towards transparency, this is far from satisfactory.

However, another side effect of the merging of different VPN providers is the unifying of users. This is likely to see increased pressure on these VPN ownership companies to be more open about who exactly is behind them.

That may take time and for now as NordVPN, Surfshark and the Kape Technologies stable of VPNs continue to operate individually. But it is a sign of the rapid increase and maturity of the VPN market that we are already having debates like these.