Does NordVPN work with Netflix? Answered! 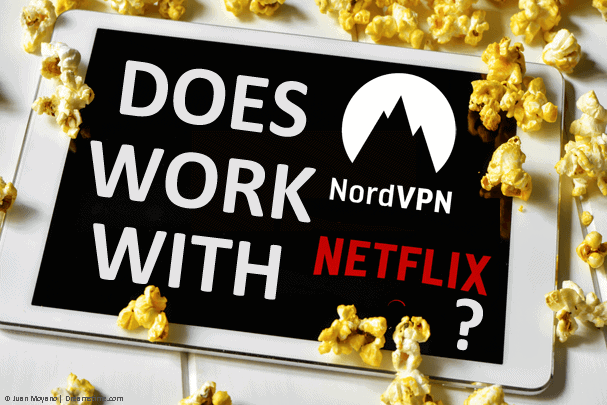 If you're wondering if NordVPN works with Netflix in then you've come to the right place.

In this guide, we've been testing NordVPN with Netflix to find out if it works or if it's blocked from accessing Netflix.

Finding a reliable VPN service that still works with Netflix this year can be incredibly difficult. With so many VPN services now blocked from accessing Netflix the last thing you want to do is sign up for NordVPN to find them also blocked and waste your money.

Even with many providers claiming to work, it's often not the case.

So let's find out if NordVPN really works with Netflix.

Is NordVPN working with Netflix?

The good news is, the answer is, Yes.

NordVPN does unblock Netflix. We connected to NordVPN using their own Windows client and were able to stream a whole host of different shows and movies without any issues.

Unlike some other providers, we didn't hit any block messages or get stopped because they detected us using a “proxy”.

But what Netflix regions does NordVPN work with?

What Netflix regions does NordVPN work with?

Netflix is available in almost every country in the world but in more cases than not the content on each local site can vary greatly.

Without question, the number 1 Netflix site is the United States because it has both the most Movies and TV Shows.

In fact, Netflix catalogue comparison site Finder suggests there are some 1157 movies on American Netflix and 4593 TV Shows. Compared with the United Kingdom that has just 442 movies and 1586 TV Shows.

That's less than a pathetic 40% of the American catalogue.

So what Netflix regions does NordVPN actually work with?

*When accessing NordVPN VPN servers in these countries, American Netflix is possible to be accessed, not the local version.

How to get NordVPN for Netflix

To get NordVPN to use with Netflix just follow the simple steps below.

You're now able to watch Netflix regions from around the world.

American Netflix when connecting to any country

The way NordVPN has set their service up when accessing certain VPN servers such as those in Australia or India, for example, if you try to access Netflix then you're served the American site.

While it's disappointing that you can't access local content it does mean that you can stream American Netflix in any of those countries and use local servers.

The advantage of this is you won't run into any speed issues because you're making use of local VPN servers. This is beneficial because it will allow you to stream in higher quality without buffering.

Does NordVPN work on Android or iOS?

Yes, if you've got Netflix installed on an Android or Apple mobile or tablet then NordVPN will work fine for accessing American Netflix and the other regions that are accessible via the service.

Once you've signed-up to NordVPN just download their app from the Google Play Store or Apple App Store and connected to the United States or one of the other countries that work as detailed earlier in this article.

Launch the Netflix app on your mobile device and you'll now be able to stream any TV Shows or Movies you wish.

When you've finished watching simply disconnect from the NordVPN app and everything returns to normal.

NordVPN works with Netflix and the good news is you can access many different regions which include all the most popular.

The most popular Netflix region the American Netflix service also known as US Netflix works fine. Netflix UK and the Japanese and Korean catalogues are also worth checking out.

There are a few other Netflix regions that work with NordVPN such as Germany. We tested 9 regions but there are some 5,600+ VPN servers in more than 60 countries so you may find others that work with your own testing.

All you need to do is sign up to NordVPN which you can do using the button below and then enjoy more Netflix content.

If you're looking for other VPN services that work with Netflix check out our Netflix VPN guide.