Home » News » NordVPN rolls out NordLynx to all users

NordVPN rolls out NordLynx to all users 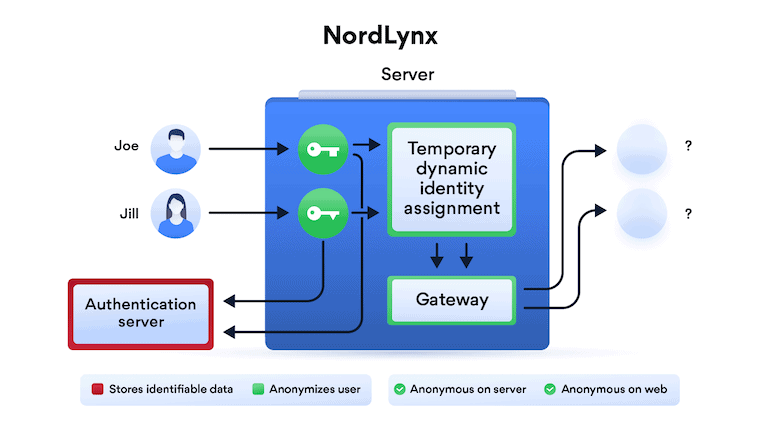 NordVPN has some big news. It is launching its exciting new NordLynx tool across all of its apps.

If you haven’t heard of NordLynx before, it is a new tool launched by NordVPN to bring the exciting new WireGuard VPN protocol to its users.

A soft-launch of NordLynx took place last year but this was initially only for users of the NordVPN Linux app. NordVPN was clearly pretty impressed with what they saw because now they are rolling out NordLynx to everyone.

NordLynx is a VPN tool that has been built on the new WireGuard VPN protocol. Most current VPN apps are based on OpenVPN as their default protocol. This is because OpenVPN is the protocol that offers the most efficient combination of security and speed to make VPNs a viable everyday online tool.

Other VPN protocols such as IKEv2, PPTP, and SSTP are often still available, but not often used by default as they tend to be either slower or less secure.

WireGuard is a brand-new VPN protocol and it really takes things to the next level. It’s big USP is speed with WireGuard professing to be able to offer users far faster VPN connections than any current protocol.

As a result, it is fair to say that as well as being much faster, WireGuard should also be noticeably more secure.

NordVPN digital privacy expert, Daniel Markuson has gone even further. He said, “WireGuard is a relatively simple yet extremely fast and modern open-source protocol that we are very excited to adopt. We believe that due to its promising capabilities, WireGuard might become a new standard in VPN technology.”

NordVPN is not the only premium VPN to recognise the huge potential WireGuard has to revolutionise the VPN market. But they are the first to make this level of commitment to it.

For all the potential upsides to the WireGuard protocol, there is one pretty significant downside too.

WireGuard does not dynamically assign IP addresses to everyone connected to a server. This means it requires the storing at least some user data on the server. This inevitably compromises user privacy.

Given that most people use a VPN in order to protect their online privacy and security, this is far from ideal and is likely to put a lot of users off. That is why NordVPN have developed NordLynx.

In other words, NordLynx has been designed to tackle the privacy downsides to WireGuard and promises to bring NordVPN users all the positives that WireGuard has to offer without compromising their privacy.

How fast is NordLynx

There is no doubt that the big attraction of NordLynx will be the prospect of faster connection speeds. NordVPN is already one of the most consistently quick VPN on the market, so imagine if those speeds were even better.

Well, according to NordVPN, they will be. They have carried out more than a quarter of a million speed tests on NordLynx, applying a variety of different methodologies. The results were conclusive.

NordLynx was found to significantly outperformed the other two main VPN protocols offered by NordVPN – IKEv2 and OpenVPN. When a user connects to a nearby VPN server and downloads content that’s served from a content delivery network (CDN) within a few thousand miles of their location, they can expect up to twice higher download and upload speed.

NordVPN will shortly be publishing the full data of these tests for experts to pore over but, even now, there is no reason to question their findings.

When can you start to use NordLynx?

NordVPN is the first major VPN to offer WireGuard to all of its users. If you are not already a subscriber to NordVPN and want to give it a go, click on one of the links on this page to sign up.

They are planning to roll out NordLynx to the NordVPN apps for Windows, Mac, iOS, and Android devices in addition to the Linux app, which already has it.

A note of caution, however. While NordLynx is coming to all of those apps, its rollout will be a gradual process. That means that it may not arrive at your app immediately. But rest assured, it is on its way. Keep your app updated to the latest version and you shouldn’t have to wait for too long to see it.

So, while you may have to wait a little while to enjoy the full benefits of NordLynx on your device, it looks likely to be worth being patient. As Daniel Markuson concluded, “Speed is the true reason why we are really excited to launch NordLynx.”