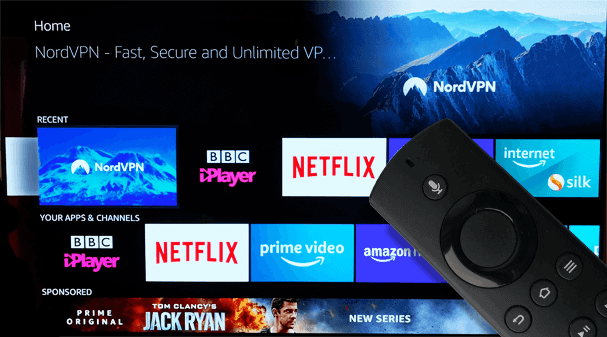 Hot on the heels of other providers, leading VPN service NordVPN has unleashed their first Amazon Fire TV Stick app.

The app which works on both Amazon Fire TV and Fire TV Stick devices allows users to protect their privacy and unblock region-restricted content directly on their TV.

In the past, it was a laborious process to side-load NordVPN’s Android app which often didn’t work correctly due to interface issues. The release of the dedicated Amazon Fire TV and Fire TV Stick VPN app puts an end to this.

The new Amazon Fire TV and Fire TV Stick app is available now for all existing and future customers of the NordVPN service and can be installed for free directly from the devices themselves by searching ‘NordVPN’.

The dedicated app includes all the regular features that NordVPN’s apps offer other platforms.

The app allows users to connect to one of NordVPN’s 5,159 servers across 62 countries.

It also includes the ability to connect to NordVPN’s famed ‘Speciality Servers’ which offer dedicated servers for ‘P2P’, ‘Double VPN’, ‘Dedicated IP’ and ‘Onion Over VPN’. 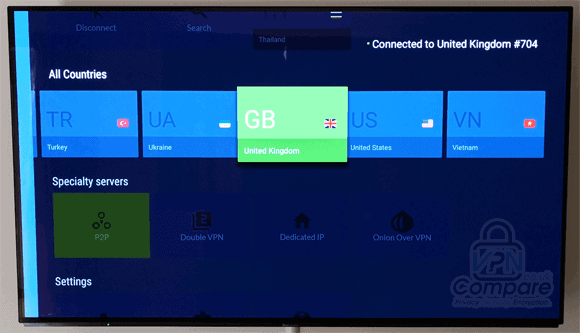 Advanced options offer the choice of using ‘Cybersec’ which protects against malware and blocks adverts. ‘Obfuscated servers’ which disguise the use of a VPN connection and ‘Use TCP’ which allows connections to be tunnelled through TCP connections rather than the default UDP.

The launch of their new dedicated Amazon app comes at the same time as their newly released Android TV app.

One of the most exciting features of the newly released Amazon app from NordVPN is the ability to unblock region-restricted content.

Being limited by geographical restrictions is the thorn in any streamer’s side. NordVPN’s new Fire TV / Stick app allows streamers across the world to enjoy unrestricted content regardless of their location.

One of the most welcomed features is it allows American Netflix to be accessed on a Fire TV / Stick in any country. As American Netflix often has 50% or more content than local catalogues this opens up a whole new world of movies and TV shows.

Using NordVPN isn’t simply restricted to Netflix use either. Apps such as BBC iPlayer, NBC Sports, ITV Hub and more can all now be unblocked with NordVPN’s Amazon app within just a few clicks of your Amazon control.

NordVPN is one of the world’s leading ‘no-log’ VPN providers. Supporting all major devices including Android & iOS mobiles and tablets, Windows & MacOS computers, Linux systems plus the new Amazon and Android TV apps.

Currently, the service offers VPN servers in more than 62 countries with a total of 5,159 individual VPN servers.

The service has a lengthy 30-day money back guarantee giving users the ability to test it risk-free across all device types.