NordVPN grades the world a solid B for privacy awareness 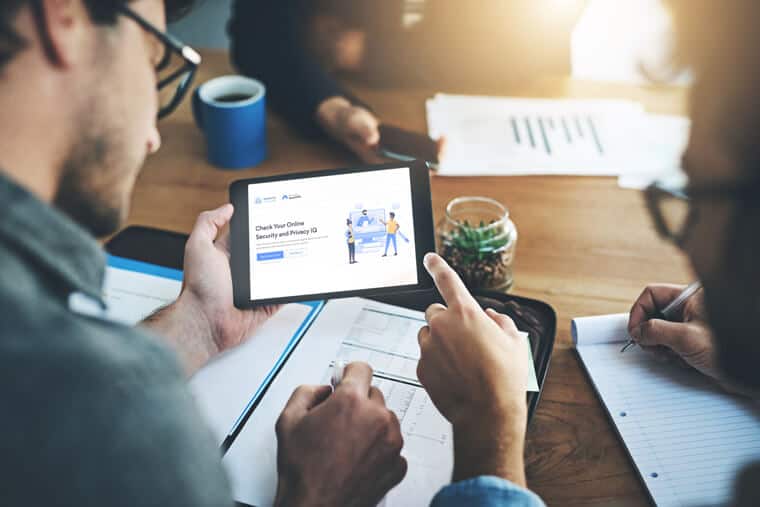 NordVPN’s National Privacy Test, which assesses global awareness of online privacy and cybersecurity around the world has concluded that results are “fairly satisfactory” with an overall global score of 65.2 out of 100 being achieved; a solid B, but still room for improvement.

Each answered 20 questions and NordVPN has now drilled down into the data they provided at both a global and national level.

Overall, they found that respondents scored 84.2 out of 100 for how to assess and react to online threats while awareness of how to stay safe online in theory was found 72.2 out of 100.

The most troubling figure was habits with respondents scoring just 47.1 out of 100 for demonstrating good online privacy habits.

While NordVPN took answers from just about every country on earth, when it comes to looking at national trends, they focused on the 21 countries where the number of respondents was the highest.

They found that Germany was the best performing country overall with a score of 71.2 out a 100.

They had scores of 78 out of 100 for privacy knowledge and a huge 90.2 for understanding of what not to tolerate when faced with online threats. But when it comes to having good online privacy scores, the result was a more modest 53.2 out of 100.

Of the top 10 countries in the survey, 9 were based in Europe with the Netherlands achieving the second highest score overall (69.5 out of 100) while Switzerland was just behind them in third place with an overall score of 68.9 out of 100.

American respondents actually achieved the highest score when it comes to knowing how to react (87.3) and what threats not to tolerate online, but their digital privacy habits were only slightly above the global average at 49.7 out of 100. 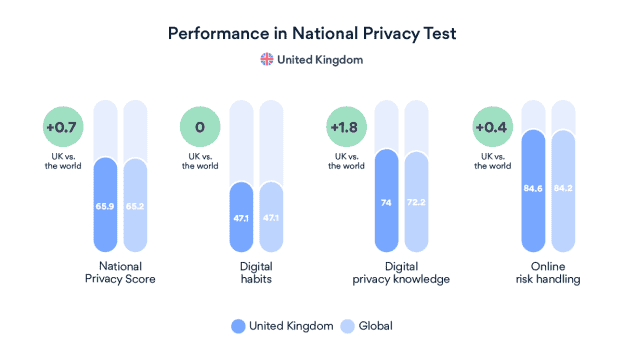 While it is perhaps not a huge surprise to see the major high-tech European economies at the top of this list, the names at the bottom end do raise a few eyebrows.

Neither Japan, India, nor Russia made it into the top 15 on the NordVPN rankings.

Japan, which is renowned for its high-tech industries is a particular surprise. Its overall score was just 44.4 out of 100.

Of particular concern for privacy advocates in Japan is the finding that it has the lowest privacy habits score of any country, at just 34.8 out of 100.

India aspires to be an IT powerhouse of tomorrow and is already picking up a head of steam. But they placed 19 out of the 21 countries ranked with an overall score of just 51.2 out of 100.

Russia hardly operates a free and open internet but often that drives awareness of online privacy issues up rather than down. But not in this instance with an overall score of 53.6 placing them just 17th on the list.

The most important overall message to come out of NordVPN’s National Privacy Test is that we are not adopting the right habits when it comes to protecting our online privacy.

According to this survey, 41.9% of people will proceed with an online service without reading privacy policies or terms and conditions. This means they will unconditionally accept conditions that could compromise their online privacy and security. 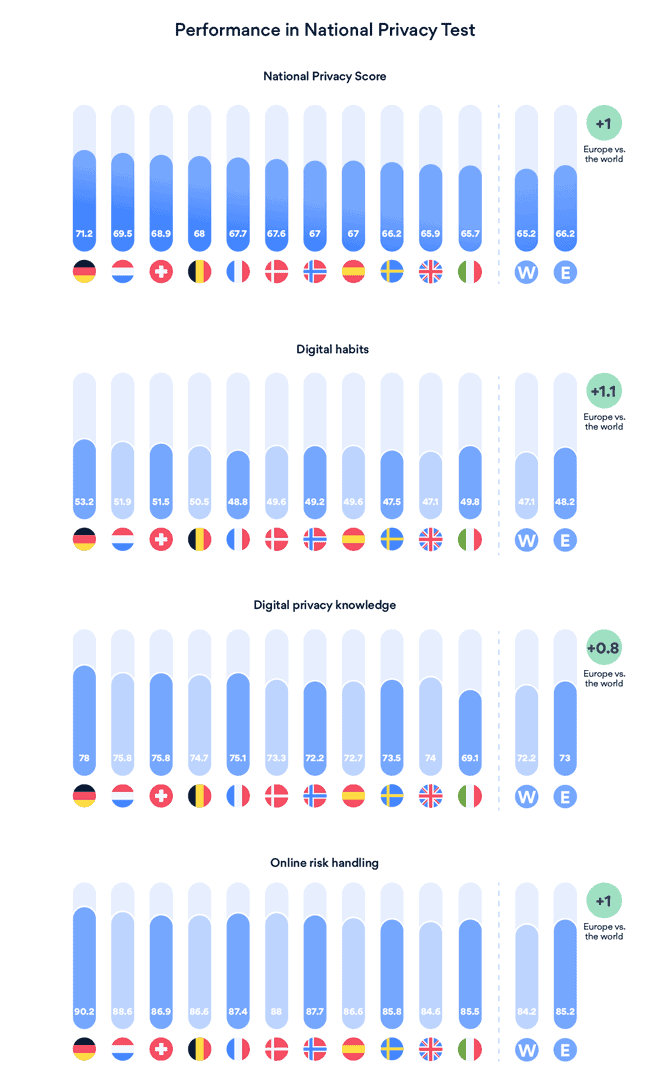 NordVPN found that 15.2% of social media users allow social media followers to see their personal details while 5.9% are happy to share their current location online.

Fewer than half of respondents (49.5%) were able to confidently state that they don’t share any identifiable personal information on social media sites.

It seems that these habitual issues come down to a matter of a lack of understanding. As Daniel Markuson, digital privacy expert at NordVPN said, “The biggest problem we see is the understanding of what does and doesn’t make you private online.”

“To be truly private online, one must not only know how to react to threats but also how to prevent them in the first place,” he added. “Clearing the browsing history will not make you more private, as half of the world thinks. But good habits and comprehensive cybersecurity tools like VPN and an antivirus will.”

There are differences from nation to nation and some places are doing far better than others at getting the online privacy message out to their people.

Some real progress has been made on this. If this survey had been carried out five years ago, scores would have been much lower. But there is still some way to go.

NordVPN’s National Privacy Test has given the world a solid B, but we really should all be aspiring for an A+ on this.