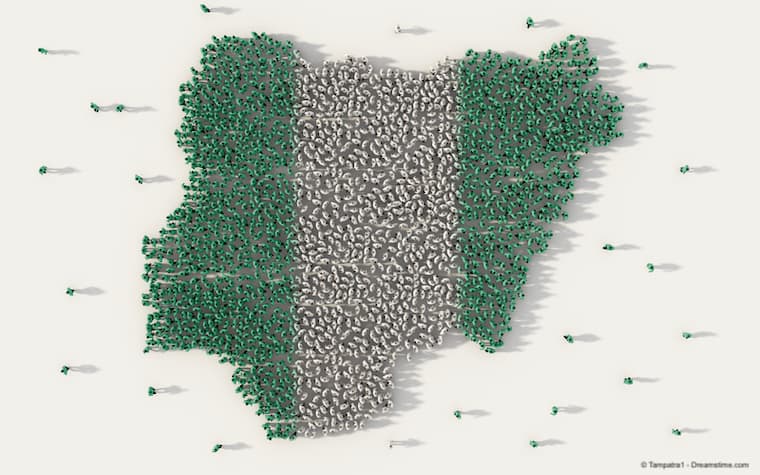 The Nigerian Parliament has indicated that a proposed law which is designed to crack down on fake news and online disinformation will be passed.

This is despite critics condemning the law as an attack on freedom of expression and opposition to the government. They have also warned that it would legalise internet shutdowns in Nigeria.

What is the Social Media Bill?

The proposed legislation is called the Protection from Internet Falsehoods and Manipulation of other Related Matters Bill 2019. It is more commonly referred to as the Social Media Bill.

The breadth of the powers being proposed are jaw-dropping. It legislates against posting false statements or false facts online.

It also bans any statements deemed “prejudicial” to Nigeria and makes specific reference to subjects such as public health, public safety, ‘public tranquillity’ and public finances. Also mentioned are Nigeria's ”friendly relations with other countries.”

Section 1C of the bill gives authorities the power to “detect, control and safeguard against coordinated misuse of online accounts and bots.” This is essentially carte blanche power to monitor and control everything anyone does online.

The bill uses the same vague, imprecise wording that we have seen in other similar laws in other countries. This is quite deliberate and intended to give the government lots of wriggle room to use the law to clamp down on anything it doesn’t like online.

If it wasn’t already implicit that criticism of the government is outlawed by the new law, then don’t worry, the bill says so explicitly as well.

Section 3b of the bill prohibits any statement that diminishes “public confidence in the performance of any duty or function of, in the exercise of any power of the government”.

The big problem with all of this is that the government is placing itself as the arbiter of all of these definitions and abuse of that position is all too easy as they are clearly not independent.

Another big concern about the new bill is its reach.

It is intended to be binding on every Nigerian citizen regardless of where they live or are located at the time. It specifically refers to acts that take place ‘inside and outside Nigeria’ provided the content is accessible in the country.

There are sizable Nigerian ex-pat population in a number of countries around the world including the UK. Is the UK government happy that a foreign government thinks it can pass legislation that constricts the online behaviour of people living in their country?

Then there is the power the bill gives authorities to shut down the internet. Under Section 12 of the bill, Access Blocking Orders are created. These give the Nigerian Communications Commission (NCC) the power to order ISPs in Nigeria to block internet access to users. They will be fined between 5 and 10 million Naira (c.£ 10,000 – £20,000) if they refuse.

They will no doubt do as they are told because the bill also specifically indemnifies ISPs from any civil or criminal liability that stems from implementing these blocks. In other words, Nigerians cannot sue their ISP if they cut their service.

Who is behind the Social Media Bill

The main sponsor of the bill is Nigerian Senator Mohammed Sani Musa. He has a deeply chequered past. His company, Activate Technologies Limited, is alleged to have provided voting machines for the most recent election, in which he stood.

The Independent National Electoral Commission (INEC) has admitted this raised doubts about the independence of his election, but no action has been taken.

Ishaku Elisha Abbo recently had to apologise after being filmed assaulted a female staff member in an adult sex toy store in Abuja. The video went viral online giving him a clear motive for wanting to suppress such content.

Abba Moro was the Minister of the Interior responsible for the stampede after around 6 million Nigerian youths were forced to gather at various locations to apply for 4,000 jobs with the country’s National Immigration Service. Twenty people were killed and many more injured.

They had all paid application fees, which Moro profited from and he has also been found to have bypassed government procurement laws to enrich himself.

Each of these signatories has a clear reason to back a law which blocks online criticism of the government. Even more worryingly, the bill sailed through its second reading in parliament suggesting many other elected official have similar motivations.

Petitions and protests have been circling online against the bill and Amnesty International has also condemned it. But the level of corruption in high-level politics in Nigeria suggests it will take a lot more to stop it.

Many Nigerians will no doubt end up having to use a VPN to get around such controls and be able to speak their mind online freely and without fear of reprisals.

Such precautions are already highly advisable in Nigeria. If this law passes, a VPN is going to be essential.