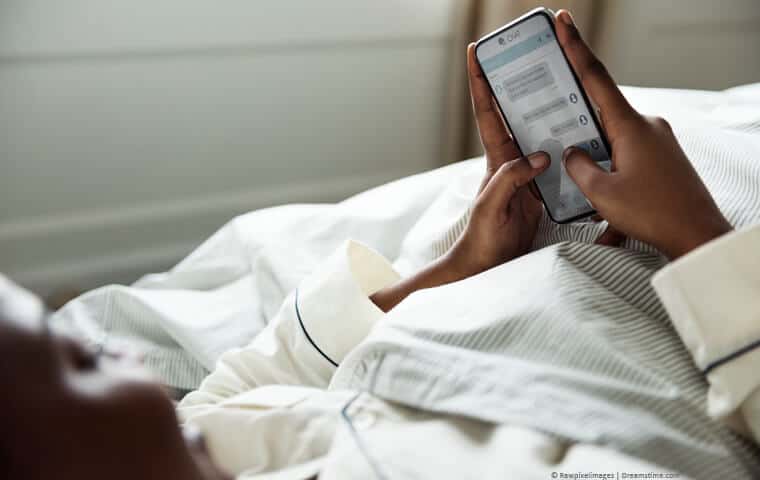 Nigeria is having a somewhat public outcry regarding a new social media bill that would allow the government to shut down the internet, as the bill passes its second reading.

As the bill makes another step towards becoming law, concerns about the future of free speech in the country grow.

The bill is named ‘The protection from Internet Falsehood and Manipulation Bill 2019,' although it has become known locally as the Social Media Bill. According to what is known, it could allow the country's government to restrict internet access if it ends up becoming law.

The bill is being pushed by Niger East's Senator, Muhammad Sani Musa, and its goal is to fully regulate social media.

According to the Nigerian government, the bill is necessary in order to maintain unity and peace within the country. However, many see it as a method of stripping away freedom of speech and free expression.

This is the second bill that Nigerians are struggling against at the moment, while another one suggests issuing death penalties for hate speech.

Nigeria's President Buhari spoke about the controversial bill earlier this year, in October, stating that it is needed for the authorities to take action against those who spread hate speech online.

He added that the government still respects individuals' rights. However, modern technology allows hate speech to spread, and that this undermines Nigeria's national security.

On the other hand, Paradigm Initiative Nigeria reports that the bill contains some highly concerning elements.

These elements would allow law enforcement agencies to shut down social media, as well as the internet itself, without needing the court or National Assembly permission.

Nigerian Internet Service Providers (ISPs) will have to obey the agencies. Otherwise, they will face large penalties.

The penalty for disobeying direct orders would include N10 million per day (~$27k). Meanwhile, those who are found guilty of diminishing public confidence in the government will receive a ₦300,000 (~$827) fine or even a three-year-long prison sentence.

The bill's critics, on the other hand, claim that the bill is a danger to journalists, insisting that freedom of speech is endangered by it.

TechCabal's managing editor, Aanu Adeoye, claims that the bill is a way for the country's powers to ban dissent. Adeoye adds that Senators support the bill as they do not want to be held accountable for their future actions.

Meanwhile, the bill would also shut down the opposition and introduce the ultimate censorship in yet another African country.

African countries have unfortunately become famous when it comes to internet blackouts.

Nearly a year ago, on December 30th, 2018, DR Congo held elections while suffering from a total internet blackout. All major cities, including the country's capital, lost access to the internet when the results of the elections arrived.

Later on, the country's ISPs admitted that they shut down their services due to government orders.

Even the authorities themselves admitted that this was true, although they claimed that the action was necessary. Their goal was to stop the circulation of fake results and prevent ‘popular uprising.'

On the other hand, Julie Owono, Internet Without Borders' executive director, claims that such moves are nothing more than irregularities.

According to Owono, similar experiences were reported in Equatorial Guinea, Mali, and the Republic of Congo. Meanwhile, countries such as Uganda, Chad, Benin, Cameroon, and Tanzania also experienced limited internet access at various occasions.

Retaining power by any means possible

Some countries even have internet shut downs for years, while their leaders clearly abuse their authority.

Congo, for example, has a new president, but before he was sworn in, his predecessor, Joseph Kabila, ruled the country for 18 years, between 2001 and 2019. Before Kabila, the country's president was his father, who ruled for three years before being assassinated.

The president of Chad, Idriss Deby, has been ruling over the country since 1990 – nearly thirty years now.

The same situation is seen in Sudan, where Omar Al-Bashir served as president for almost 30 years before being ousted earlier this year, in April. He only left the office after a coup that was preceded by numerous major protests. Finally, in Cameroon, President Paul Biya still rules after almost 37 years in office.

A similar situation might also await Nigeria should bills like this get a pass, which is why the public outcry seems louder than ever. Nigerians have been especially vocal on micro-messaging service, Twitter.

One popular tweet by @volqx, liked 4,000 times and retweeted 1.9k times asks “How dafauq do you want to regulate social media ? I laugh in VPN”.

However, it still remains to be seen whether protests against it will yield any results at all.