New Yorkers unemployment benefits frozen due to VPN use 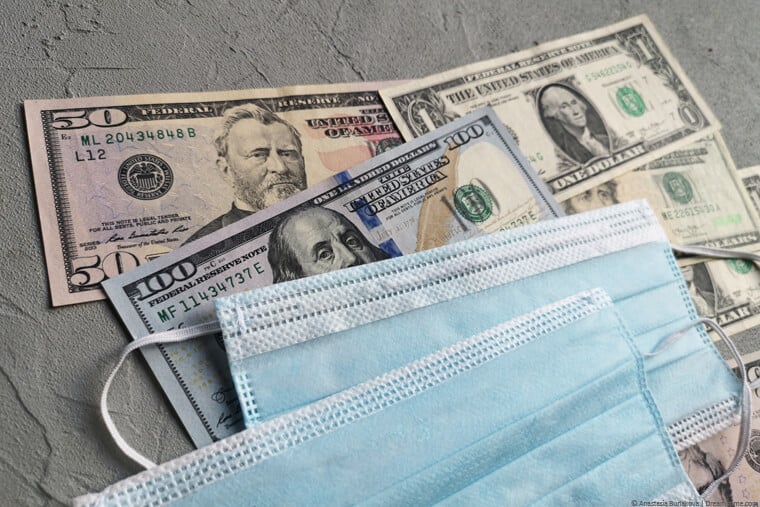 Using a VPN provides people with a great many benefits.

Users get to improve their online privacy and security, become anonymous online, and even bypass censorship and geo-restrictions. This alone is a great feature that allows users to view other country's content, access foreign Netflix and other streaming services, and more.

However, as numerous recent cases have shown, it can also backfire quite strongly when it comes to dealing with the government.

Recently, there has been an increased number of cases where legitimate citizens of the State of New York got stuck and were unable to receive their unemployment benefits.

Despite the fact that they had the right to receive this kind of help, they were denied due to a single fact – they were using a VPN when trying to claim the funds.

Of course, as many are likely aware, using a VPN is a perfectly legal practice in the United States, and that includes the State of New York.

However, due to a massive number of online scams, hacks, and other illicit activities that hackers tend to do in order to trick the government and get some extra cash, measures against such attempts have been dramatically increased.

As a side effect, anyone who tries to claim their unemployment benefits while using a VPN might end up blocked by the Department of Labor (DOL).

This is precisely what has happened to numerous New Yorkers who simply made an honest mistake of trying to claim their money with a VPN on. The DOL noticed that they are allegedly connecting from outside of the country, which resulted in the users' payments getting stuck.

Of course, this is something that can be quite troublesome for unemployed US citizens even during the most prosperous of times. To have something like this happen while the COVID-19 pandemic is still quite strong is more than a simple inconvenience.

Of course, many of the affected individuals attempted to try and explain themselves. They also had to provide numerous documents, such as ID and passport photos, trying to prove their identity and explain that they did not leave the country.

They even filled out a questionnaire that the DOL sent them in order to have their benefits resumed.

However, while a simple, honest mistake was enough to have their payments halted, the process of getting them started again is long and cumbersome.

Many have reported having to wait for weeks to have the problem solved, while some never heard back from the DOL, despite doing everything to cooperate with the government agency.

What is a VPN and how does it work?

As some may know, VPN is an online privacy, security, and anonymity app that is provided by VPN services.

It can be used on smartphones, desktops, laptops, Smart TVs, tablets, and a number of other devices, depending on the provider.

The apps use a combination of security features to improve users' privacy and anonymity, such as encryption, security protocols, and large networks of servers located in countries around the world.

This is where the trouble emerged, as connecting to one of these servers allows users to appear to be located in another country. As soon as the DOL registered that they are not in the US, it halted their payments.

An old problem that continues to persist

Another thing worth noting is that this is not the first time this has happened. In fact, similar problems have been happening for months and even years. Similar complaints can be found on old forums, Reddit, and in many past reports.

Obviously, the issue has been around for a long time. Still, the DOL does not aim to stop blocking those receiving benefits, as doing so has proven to be the most efficient way of stopping scammers from getting the money from the government.

New Yorkers that get affected along the way are actually nothing more than casualties.

The government does eventually start paying them their benefits, although it can take quite a long time, sometimes even months before their case is reviewed and the money begins flowing again.

The recent increase in such misunderstandings has caused the Department of Labor to publish a Twitter warning against it, but the problem appears to be one that will not go away easily.

Q: I was receiving benefits, but they stopped. What’s going on?

A: The DOL may have received information impacting your eligibility. Respond to any questionnaires, messages and calls from us ASAP. Continue to certify weekly, and do not use VPN or internet anonymizer services. pic.twitter.com/Ws9jH5jybf