New Russian piracy laws more severe than most of the world 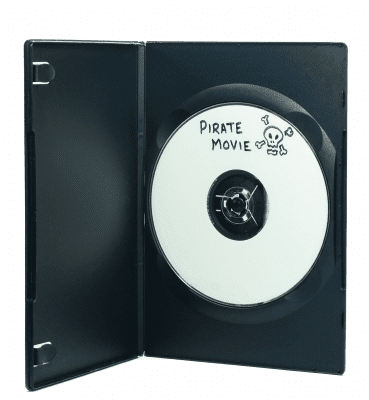 Russia has always been something of a wild west country when it comes to copyright laws. No longer will this be the case as Russia aim to expand on recently introduced anti-piracy laws that will come into effect on the 1st May, 2015.

In the 80’s and 90’s the country now known as Russia and those that were a part of the larger USSR always had something of a free for all on computer software and games. It was not at all uncommon for citizens to use pirated software and what will be considered more surprising in the world today is many government organisations also used pirated software.

This was mainly due to the availability and cost and for years government institutions openly used pirated copies of operating systems and business software. The world has now changed and the easy availability of products online to purchase and regional pricing with region locks to stop others purchasing cheap software means the tide and attitudes have turned against pirated material.

A law introduced in Russia in 2013 gave authorities the power to request that internet service providers disable access to sites that make pirated material available. The law was originally set to block sites that deal in movies or TV shows, two material types that make up the bulk of most illegal downloads worldwide.

The law has now been updated to extend to software, music and books.

Moving towards site blocking is becoming commonplace in many countries around the world and none more so than in the UK which regularly blocks access to popular websites that facilitate downloading illegal material. What is laughable is the ease with which the movie and music industry most of which originate from the United States command blocking in the UK which is unheard of in the US.

Unlike the UK, the Russian anti-piracy law requires no court order and is one of the more worrying aspects of the situation. While the UK requires a court to oversee such blocks, Russia only requires rights holders to contact officials who then give sites accused of harbouring pirated material 72 hours to respond. Failure to respond or convince officials otherwise will see the sites blocked from access from within Russia.

Ironically sites accused have the option to appeal via court, however, should they lose two cases then their site will be permanently blocked from access directly. Although blocks will stop Russian users from accessing such sites directly as has been seen in other countries large numbers of users opt to sign up for services such as Virtual Private Networks that can route internet traffic outside the country thus circumventing such blocks.

Although the extension to the new law may be cause for concern one has to consider how effective the blocks are or if the introduction is paying lip-service to the entertainment industry to keep them quiet. In the first year alone out of 175 sites complained about only 12 made it onto the block list. Not many for a country with over 85 million internet users.

The law is being hailed as a success by officials who report that online sales of both movies and TV series have doubled since its introduction. Russian parliament member Sergei Zheleznyak said :-

Our common goal is to ensure that all work is adequately rewarded and that the benefit from successful books, music and wonderful computer programs is enjoyed by those who created them, and not those who stole them.