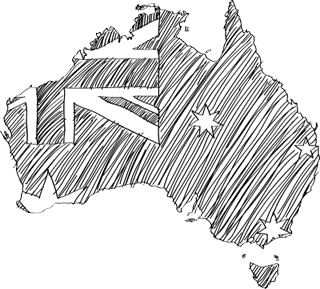 What can be described as a good day for the film and TV industry has also been labeled as a “very dark day for the internet” – at least in Australia. For the unaware, the Australian government has just passed Bill 2015 with the Coalition and Labor’s support 37-13.

In summary, Bill 2015 is a Copyright Amendment that specifically cites Online Infringement. The amendment was introduced into parliament with efforts to curb online piracy of television shows and feature films.

It’s no secret that a fairly large percentage of the population has at one point used the internet to access copyrighted content illegally in one fashion or another. While there are many possible ways of doing so, arguably the most popular means of getting your hands on copyrighted material is via torrents. And due to this fact, torrent sites are likely to be amongst the first targeted by the legislature as Bill 2015 gains traction.

No, the Australian government can’t simply shut these websites down – regardless of how much they’d like to – and they’re forced to take a much more passive approach. Implementation of Bill 2015 is not as easy as having all streaming services and torrent sites banned, and there are a lot of hoops the copyright holders have to jump through in order for access to content be limited. In summary, the rights holder first has to go to a Federal Court judge and make a request to have content blocked. If the request is honored, it’s now up to internet providers to comply with the judge’s order by disabling access to the infringing location (server).

Sure, this sounds great in theory – and maybe the levels of piracy will decrease as a result of this bill, but it’s also important to consider some of the potential consequences. For example – there are many file-sharing sites like dropbox.com and mega.co.nz that can be caught in the crossfire. While they don’t intend to host infringing material, it’s simply impossible for them to control the content their users choose to upload.

Collateral damage goes much further than Dropbox and Mega, in fact, thousands of legitimate sites can be blocked as a result of this law. And according to Dr. Matthew Rimmer, it doesn’t stop there. Rimmer is an associate professor at the ANU College of Law and he is one of the most vocal critics of this piece of legislature, labelling the bill as “quite radical” Rimmer warns of the possibility that this bill can be misused by governments – both domestic and foreign – in order to censor information provided to sites like WikiLeaks, citing Bill 2015 with evidence that government information is protected by copyright.

Obviously the film and TV industry is ecstatic to have this extra line of defence, but not everyone agrees – not even in house. Senator Leyonhjelm said that Bill 2015 was poorly drafted, and Senator Scott Ludlam labelled it “lazy and dangerous.” Because the bill is so controversial in nature, the government promises to revisit it in 18 months and review the effectiveness of the new law.