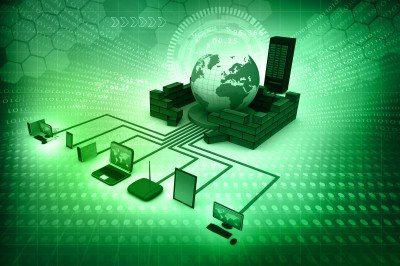 The biggest ISPs in the United Kingdom have ensured that Net Neutrality is safe by pledging support for a code of practise that does not prioritise certain data above others.

In the US, large ISPs have been wanting to introduce a two tier internet system that would require payment from content providers such as Netflix to transfer data at a faster rate and those that do not pay would be transferred at a slower rate. The way in which US internet works, many users do not have a choice of provider in their area and depending on where they live there may be only one ISP to choose from, this removes competition and allows for Net Neutrality to be threatened.

In the United Kingdom ISP competition is much greater and the option of 4-5 ISPs per area is not uncommon. Due to this users in the UK are less locked to one provider and can move more freely should a service not live up to the standard they expect. For this reason alone harming Net Neutrality is an almost impossibility in the UK, although up until now, no official law or rule safeguarded Net Neutrality.

A government think-tank, the Broadband Stakeholders Group announced on January 19th 2015 that all of the leading ISPs in the UK have signed up to a code of practise that is voluntary to be part of. This code of practise ensures that Net Neutrality is preserved and that ISPs do not “degrade the services of a competitor”. The Open Internet Code of Practice which was formed in 2012 but originally shunned by Virgin Media, Vodafone and Everything Everywhere (EE) who claimed that the code was too vague or unworkable.

With the latest developments, Virgin Media, Vodafone and EE are fully on board with other large ISPs signing up to the code of practise that include, BT, Sky Broadband, KCOM (KC), giffgaff, O2, Plusnet, TalkTalk, Tesco Mobile and Three UK.

Matthew Evans, CEO of the think-tank Broadband Stakeholders Group was quoted as saying

Unlike some countries where net neutrality has become a controversial topic for discussion, the UK benefits from a fiercely competitive market and high levels of transparency – which together offer the best assurance of an Open Internet. The Code now provides an even stronger and more effective foundation, whilst also allowing for an environment where new business models for internet-based services which benefit consumer choice can thrive.

So while the US continues to battle out the issue which is massively opposed by the public, it appears that for once UK ISPs have made a just decision, although one has to wonder how they could of done anything else, with such a large choice of ISPs, UK consumers would no doubt be prepared to vote with their feet should Net Neutrality of been harmed.

Image courtesy of bluebay at FreeDigitalPhotos.net