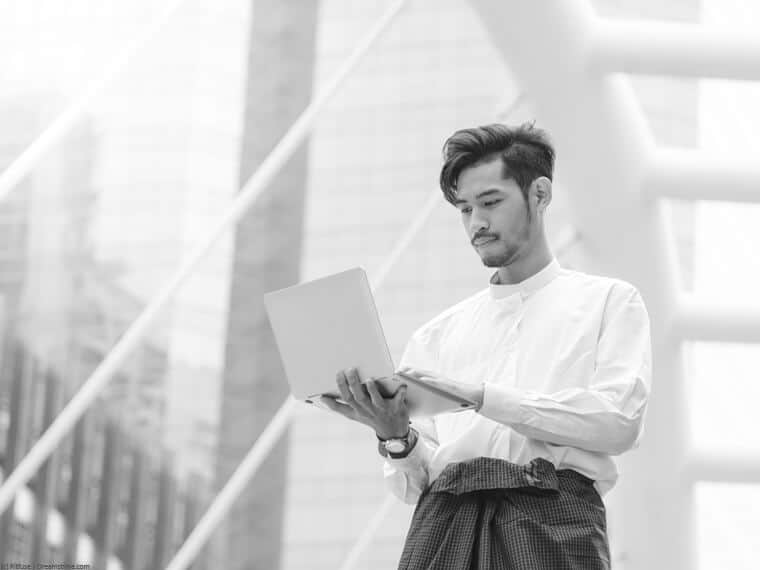 The military coup in Myanmar (formerly known as Burma) has shocked the entire world.

While the Chinese Communist regime has described it as a “cabinet reshuffle”, the arrest of Myanmar’s democratically elected leaders, including the globally renowned (if somewhat controversial) Nobel laureate Aung San Suu Kyi, has resulted in global outrage from leaders.

But this hasn’t stopped the Myanmar military coup leaders. And they have taken a variety of steps to crack down on pro-democracy protestors and to try and prevent information about their quelling of protests from getting out.

One action they have taken, which is typical of authoritarian dictatorships, is beginning to shut down access to social media.

At the start of February, just a few days after the coup, strange reports began to emerge that Facebook was being blocked by order of the Chinese military.

A couple of days later, Twitter and Instagram followed suit. Then on the 6th of February, the entire internet in Myanmar was shut down for around 30 hours. After that temporary block, the country has seen internet shutdowns every night between the hours of 1 am and 9 am.

Such blocks are generally intended to try and prevent protestors from being able to communicate and coordinate with each other. There has been no confirmation of this from official sources in Myanmar yet. But with protests continuing and growing increasingly violent, it is the only plausible explanation.

Ooni, whose explorer tool is used to track global internet censorship, has been monitoring the censorship and blackouts.

In addition to social media sites, they have also reported evidence of Wikipedia being blocked, along with various news websites and the Justice for Myanmar campaign website.

With the wave of censorship and internet blackouts, many people in Myanmar, particularly protestors, have been turning to VPNs to enable them to access the internet freely.

By connecting to a VPN server outside Myanmar, it is possible to circumvent the censorship of social media and other sites and access them as normal.

Needless to say, the Myanmar military junta are aware of this and Ooni has reported evidence of attempts to block a number of VPNs across the country.

In February, a list of VPNs that Internet Service Providers (ISPs) in Myanmar were reportedly being required to block was leaked online. Affected providers include ProtonVPN, IPVanish, Tunnelbear, Surfshark, StrongVPN, Private Internet Access, and Hide My Ass.

Ooni has confirmed that the websites of these providers have been blocked inside Myanmar.

However, it does stress that the method being used to block them is IP blocking. This means that the IP Address associated with the website has been blocked by state internet providers.

That doesn’t necessarily mean that the sites are totally unavailable. Other ISPs may not have blocked them. But for the majority of internet users in Myanmar, these websites are currently unavailable.

Websites but not apps blocked

There are a few solutions to this issue. Most VPNs will run shadow sites on different URLs which will still be available and you should be able to track these down online.

Blocking the websites of a VPN also doesn’t necessarily prevent their apps from working. That is a far harder task and one that even the behemoth that is the Chinese Communist Party hasn’t managed yet.

Ooni cannot test these well enough to state with confidence that they are working, but they have no reason to believe they aren’t at the time of writing.

If you already have these VPNs, they should therefore all still be working in Myanmar. If you download the app from other sites, again it should be working.

However, given the sporadic and unprovoked violence we have seen from the military in Myanmar against protestors and citizens, it is worth being cautious. If you are caught with a VPN on your phone, there is no telling what the consequences might be.

The international outrage at the coup in Myanmar and the subsequent violence we have seen on the streets of the country continues unabated. It is vital that brave protestors inside Myanmar continue to help the world see what is really happening there.

But the military junta is working hard to try and stop this by blocking social media, news outlets, and VPNs.

While VPNs continue to work in Myanmar, these efforts will fail. ExpressVPN is our top recommendation for Myanmar internet users but other VPNs will help too. Take a look at our best VPN for Myanmar guide to choose the right one.

But you should also be aware of the potential risks that come with using a VPN in Myanmar at the moment. Be careful, stay safe, and stay strong. The world is watching and it has not forgotten your plight.