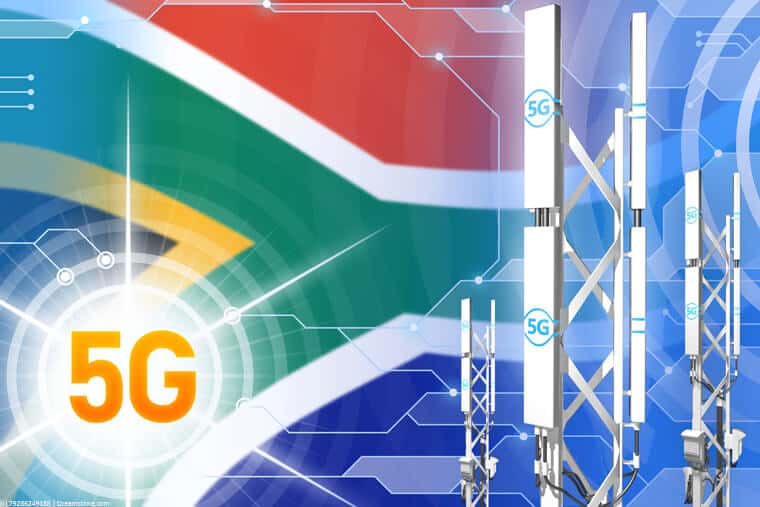 If you are a customer of South African mobile network Rain, and have a VPN on your smartphone or tablet, you might have been wondering why your internet has been so slow of late.

The answer has now been revealed as Rain’s CEO has admitted for the first time that its network has been throttling VPN speeds for some time.

What have Rain been up to?

The revelations about the throttling of VPN users on the Rain network have come after an investigation by the South Africa tech website My Broadband.

They had received some complaints from Rain customers about the internet connection speeds they were getting when connected to a VPN and decided to run some tests.

What they did was really very simple.

They began by running 10 speed tests on Rain’s 5G premium package. Five of these tests were carried out with no VPN connection and for the other five, they were connected to one of Surfshark VPNs South African servers.

The results were staggering.

Without a VPN, they recorded an average download speed of 293.81Mbps and an average upload speeds of 11.07Mbps. Latency swung between 12ms and 33ms with an average of 21.8ms.

With the VPN connected, download speeds dropped by more than 50%.

They came in at an average of 122.21Mbps. Upload speeds only dropped slightly while latency also got worse as would be expected when data is being rerouted through an external VPN server.

So, for premium users, Rain is throttling speeds by around 50% on average. This is bad enough but for standard customers, the impact was even worse.

The same tests were run on Rain’s standard 5G package too. Without a VPN connection, download speeds were recorded at an average of 155.58Mbps. Upload speeds averaged out at 2.85Mbps, and latency came in at around the 29ms mark.

Connecting to the same Surfshark South African server meant that download speeds came in at around a fifth of the speed of those not using a VPN. They averaged out at just 33.10Mbps.

Again, the impact of upload speeds and latency was less.

Just to check, the tests were also run using overseas servers with similar results being found.

When connecting to a UK-based server on the Rain Premium 5G package, the tests returned average download speeds of between 30Mbps and 50Mbps. On the standard package they were as low as 15Mbps – 20 Mbps.

On a US server, the results were even worse with download speeds on both packages dropping to lower than 1Mbps.

The case for the defence

The results of these tests have been put to the CEO of Rain, Willem Roos. He was surprisingly forthright and bullish in his response.

He was quite open in admitting that Rain does throttle speeds for VPN users. His argument in defence of this policy was that it helped to ensure streaming quality limits are maintained across the network.

This is a fairly nonsensical argument and the implication of it is that the infrastructure underpinning Rain’s network must be pretty flimsy if it can’t cope with users streaming content and using a VPN.

The clear implication is that Rain is trying to stop customers from using a VPN to circumvent the streaming resolution limits it places on standard customers. This might seem mean and petty to many people, but it also doesn’t make sense.

There are no such resolution limits in place on their Premium package and yet subscribers to that are still suffering from VPN download speed throttling too.

The fact is that there are a multitude of different reasons why people use VPNs.

VPNs are recommended by most internet security experts as a way to protect your online data, particularly sensitive information such as bank details, by encrypting it to stop hackers from being able to access it.

By throttling VPN traffic, Rain is actually putting its customers at risk by making their internet connections less secure.

The throttling policy is also denying customers their right to online privacy, which is also something that a VPN offers.

So, what advice do we have for Rain customers that are affected by their throttling policy?

The obvious answer is to leave Rain and take your business to another South African 5G provider that doesn’t throttle VPN traffic. A number of Rain customers have already taken this step and no doubt many more will follow.

If you don’t want to switch providers or are tied into a long contract with Rain that you cannot break, another options is to switch to a VPN that Rain isn’t throttling.

There are two ways to do this. Check with a VPN providers customer support team to see if they know what the status of their service is on the Rain network.

If you are still uncertain, sign up and test them for yourself. As long as they have a money-back guarantee, you can also quit if you find they are being throttled without losing any money.

The other option is to pay a little more and sign up for a static IP Address. This will give you a unique fixed IP address that won’t have multiple users and therefore indicate to Rain that you are using a VPN.

But it will still offer all the security and privacy protections of a VPN and let you stream what you want to.