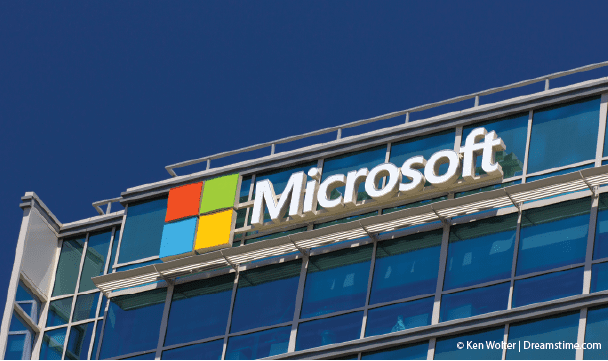 As most of you probably know, Windows 10 is the latest rendition of Microsoft’s operating software. At the time of its release, Microsoft shared their ambitious goal for the OS – one billion devices running the software by the end of 2018.

It’s been a little more than a year since the debut of Windows 10, and so far, the tech giant is on track to hitting their goal. As of June 2015, Microsoft reported that Windows 10 has been installed on more than 350 million devices.

Although the “adoption rate” has been spectacular, Microsoft’s conversion tactics have been more than questionable. Aside from aggressively pushing the update onto their customers, Microsoft went as far as to overlook user choice and privacy altogether.

It shouldn’t come as a huge surprise that Microsoft is very aggressive with their promotional and marketing efforts. That said, their recent tactics have been heavily criticized, and widely regarded as malicious.

For starters, Microsoft introduced an annoying “Get Windows 10” pop-up, that takes up the majority of the screen. Interestingly enough, the window presents users with only two clear actionable buttons – ”Upgrade now,” and “Start download, upgrade later.” Aside from closing the window manually, there is no way to decline the upgrade.

To make matters worse, as of May 2016, closing that same pop-up via the “x” in the upper right-hand corner would grant Microsoft permission to install the OS.

The company also added a new app to users’ system trays, advertising the free upgrade. Removing or hiding the app has been nearly impossible, but some users have managed to find a workaround. Microsoft retaliated by rewriting the app and sneaking it into a number of security patches instead.

With their sights set on the one billion downloads mark, Microsoft didn’t give up there. The company started pushing the OS through the Windows Update system. Going even further, Microsoft made Windows 10 a recommended update, effectively tricking many users into downloading it.

The blatant disregard of user choice doesn’t stop there, either. The Electronic Frontier Foundation (EFF) recently published a more detailed write-up, so if you’re eager to learn more, be sure to check it out.

On top of forcing Windows 10 down their customers’ throats, Microsoft has also been abusing the privacy of those that actually made the jump. Windows 10 sends an alarming amount of data back to Microsoft, especially in instances where users chose to “personalize” their experience with Cortana.

Among other data, Microsoft currently collects the following: text input, voice input, touch input, location data, browsing history, as well as telemetry data regarding the general use of your computer. Although the tech giant claims to aggregate and anonymize the data, they haven’t explained just how they do it.

To top it off, once users started catching on that Microsoft was bundling Windows 10 with security updates, many lost trust in their necessity. As a result, some users have disabled critical updates altogether, putting their computer at risk in order to avoid the update.

The EFF warns that if Microsoft doesn’t come out and set the record straight, they will not only lose some of their customers to the competition but may also force legal action. In fact, several lawsuits have already been filed against the company, and the Chair of the National Data Protection Commission in France has formally served a compliance notice.

At this point, Microsoft is about 600 million downloads away from their ultimate goal, but as they ramp up their conversion efforts, an increasing number of people is jumping ship to a more privacy-protective solution.