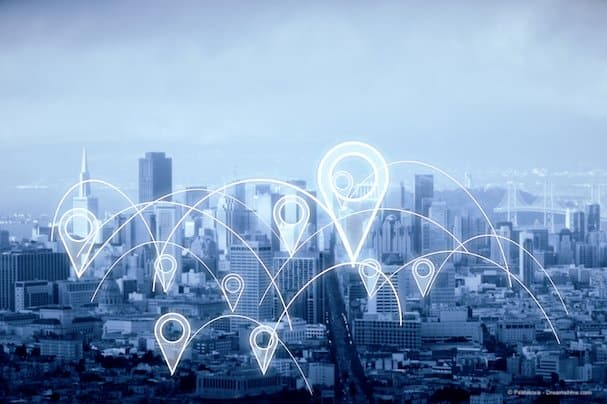 The Michigan House of Representatives Regulatory Reform Committee may not sound like essential viewing, but recent testimony from John Pappas from GeoComply, which describes itself as a global leader in geolocation technology, is actually worth a few minutes of your time.

The Committee was discussing a bill which would create the Michigan Division of Internet Gaming, which would have regulatory oversight of all online gambling sites in the state of Michigan, USA.

GeoComply has been invited to provide testimony on the technology that they use in more than 40 states to try and prevent people from accessing online gambling sites from out-of-state or even from outside the USA.

Over just eight minutes of testimony, Pappas, who describes GeoComply as a company which exists to “ringfence virtual borders”, offers an overview of what they do.

He essentially offers a sales pitch for his company, but it does include some interesting facts which become even more relevant when he is questioned about VPNs at the end of his testimony.

What GeoComply claims it does

GeoComply is a private company which offers technology which they claim can prevent people from placing online bets in breach of the strict state and federal laws on this issue. Pappas states that they work with everything from online casinos and sports betting sites, to State lotteries.

Pappas doesn’t offer any evidence or technical insight into how GeoComply actually works in this short hearing. But what little information he did give was pretty chilling if you care at all about online privacy.

GeoComply claim that their software uses a combination of Wi-Fi, GPS, IP, Bluetooth, and the mobile device to verify a player’s actual location. They say a total of 350 analytical checks are carried out to ensure that only people permitted to use a gambling site are allowed to place bets.

The committee didn’t delve into the privacy implications of a private company conducting such a huge number of intrusive searches, but we found this claim astonishing and more than a little unnerving.

Pappas also showed what he said was a real-time map of bets being placed in the state of New Jersey to illustrate his case and explained that “over 10 million” geo-location transactions are processed by GeoComply worldwide each day.

How GeoComply deals with VPNs

More by accident than design, one of the Representatives sitting on the Committee stumbling into the issue of VPNs. Here, once again, Pappas made some fairly chilling claims without offering any real evidence to back them up.

He described VPNs are being “prohibited software” in the eyes of GeoComply and their clients. “We cannot risk allowing someone who is using a VPN, even if they are in Michigan, to be able to play,” he earnestly explained.

He went on to claim that GeoComply looks for VPNs on a device and if they are being used said that GeoComply makes sure that customer cannot bet. To illustrate this he highlighted a red arrow on his map which he said was someone being denied their bet because they were using prohibited software.

These claims may sound great to online gambling companies and uninformed state politicians, but do they really stand up to scrutiny?

The answer is an emphatic, no! While it is possible that one of GeoComply’s hundreds of intrusive, privacy-busting searches of users devices and internet connection may indicate the use of some VPNs, mostly free ones, it is impossible for them to detect all of them.

The likes of Netflix and the BBC have invested millions of pounds in trying to detect and block access to VPN users and their efforts have yielded very few results. Most popular VPNs can still access all of their services and on the few occasions their access is disrupted, they are working again in a matter of hours.

The reality of using a VPN with online gaming sites

These days, VPNs like ExpressVPN and NordVPN employ technology which hides the fact that their users are using a VPN at all. This means that while GeoComply can conjure up a few red arrows on their map, it is highly likely that VPNs are being used for those that pop up as green or blue or white too.

While we would certainly not encourage people to use VPNs in breach of American gambling laws, the fact is that many thousands of people do and will continue to do so regardless of what GeoComply might claim to the contrary.

With the rise of both residential VPN services and so-called decentralised ‘blockchain' VPN services gaining ground, the blocking landscape is about to become much more difficult.

Of course, that may miss the point, as a recent story showed that UK gambling outfit Ladbrokes was more than happy to assist users in gambling outside their jurisdiction specifically by aiding the use of VPN software.

However, US online gambling restrictions appear much tighter than their British counterparts and with hefty fines and even criminal charges possible, companies like GeoComply can assist to a point.

By using these companies, online betting sites can claim they are doing everything they can to ensure they are complying with the law. The likes of GeoComply and their competitors claim they ensure compliance.

No betting is without risks. If you feel like you’re spending too much time or money betting then be sure to check out GamCare who can help.