Mesut Özil and how Communist China is censoring the Premier League 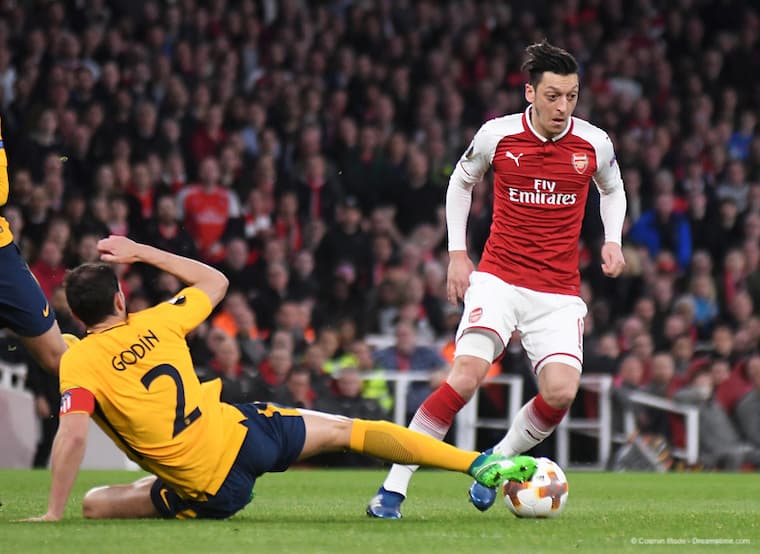 Mesut Özil is a footballer who has long divided opinions but never before in the same way as last week in Communist China.

Özil, who is German but of Turkish origin and a devout Muslim, has sparked a flurry of criticism behind the Great Firewall in China this week.

Why? Because he has become one of the very few public figures to put their heads above the parapet and condemn the Chinese Communist Party’s holocaust of Uighur Muslims in the East Turkestan region (known in China as Xinjiang province) in the north-east of the country.

A holocaust of Uighur Muslims

If you are unfamiliar with the situation in that part of the world, a quick Google search will show you how the Communist regime has between one and two million innocent people locked up in concentration camps, which the regime refers to as re-education camps.

Hundreds of thousands are also believed to be in jail while an unknown number have disappeared altogether, with many thought to be dead.

At the same time, the Communist regime is taking steps to wipe out the Uighur Muslim culture by bulldozing historic mosques, forcing Uighurs to marry ethnic Han Chinese, taking children off their parents and forcing them into orphanages in other parts of the country, and many more horrific things.

All of this is shocking, deplorable, and beyond dispute. Yet just as shocking has been the willingness of the rest of the world to turn a blind eye as these atrocities are being carried out. In particular, the failure of other Muslim nations to condemn China has baffled many of their people.

It is actually quite easy to explain. Communist China has a strong economic hold over many countries and their key businesses and they use this to force silence on their human rights atrocities.

Özil hung out to dry by Arsenal and the Premier League

Many individuals too have chosen to look the other way. But Mesut Özil is one of the few to have taken a stand. Last week, he posted a long statement on his social media accounts in Turkish over an image of the East Turkestan flag.

The statement condemned the treatment of Uighur Muslims by Communist China and described the Uighur people as “warriors who resist persecution”.

Shamefully, his club, Arsenal, and the Premier League have comprehensively failed to back his comments.

Arsenal issued a brief statement claiming Özil’s comments were his “personal views” and showed that the club was unwilling to back Özil's stance, by claiming it was “apolitical”.

The Premier League refused to comment on the matter at all. Remember, this is a reaction to the oppression of millions of people by a brutal totalitarian regime that has been openly acknowledged by the United Nations and countless other human rights groups as well as various western governments around the world.

The moral vacuum evident in the Premier League and Arsenal, in particular, is clear. But, in Communist China, their worst fears are already coming true.

For Arsenal fans, the lack of the match against Manchester City was something of a blessing given their abject performance in a 3-0 home defeat. But what will be more concerning is how long this censorship of Arsenal (and potentially other Premier League games) will last.

The recent spat between Communist China and the NBA over an innocuous post from the General Manager of the Houston Rockets basketball team in support of democracy protestors in Hong Kong showed that in China, state pettiness over any type of dissent of opposition can last a long time.

If fans of Arsenal or the Premier League in China are worried, they needn’t be. By using a VPN, they will still be able to watch any Premier League game live.

Not all VPNs work behind Communist China’s comprehensive online censorship and surveillance operation. But the likes of ExpressVPN and VPN.ac will still enable you to watch every Arsenal game and any Premier League game, regardless of the Communist regime’s current stance.

A few other VPNs work in China too. Our guide to the Best VPN for China is a good place to start.

Özil has so far shown no inclination to back down from his comments even though he will undoubtedly have faced pressure from his club, the Premier League, and perhaps even his management to do just that.

This is to his enormous credit. While critics line up to have their say over his failings as a player, no-one can criticise his character after this episode.

Fans of Arsenal might wish he had kept quiet to allow them to continue watching games. But there is always a way to get around Chinese censorship with a VPN. And despite what Bill Shankly said, there are some things that are more important than football.