Home » Entertainment » How to watch Meerkat Music: Take That concert

How to watch Meerkat Music: Take That concert 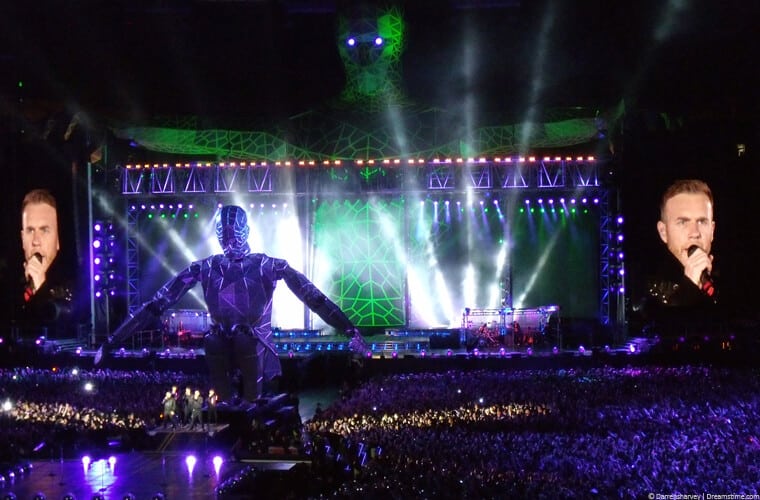 So far, most fans of Take That have heard that Robbie Williams and his former bandmates are reuniting for one more major concert.

However, while this will be a one-off show, it will not be a typical concert, but one that the fans can watch from the comfort of their homes during the ongoing lockdown.

Another thing to keep in mind is that the broadcast of the concert will only be allowed in the UK, meaning that those outside of the country won't be able to watch it.

However, if you're a massive Take That or Robbie fan, you won't want to miss it.

Thankfully we've got a super easy way you can watch anywhere. Keep scrolling to discover how.

What you will need to view

The way to watch the show from outside of the UK is to use an app called a VPN.

These are special apps that you can use to achieve online privacy and part-anonymity. But, they can also be used for bypassing censorship and geo-restrictions, which prevent you from accessing other countries' content.

This works because VPNs have networks of computers know as ‘servers' in countries across the world.

By connecting to any of their servers, you appear to be located in the same country where the server is.

It doesn't sound very easy, but it is! The app does everything for you.

Which VPN to use?

There are lots of VPN apps to choose from. You'll need a fast one so the live video plays without interruption.

Who wants buffering just as Robbie is about to start singing?

We recommend going for any of these three:

My favourite is ExpressVPN because they're super easy to use and have a 30-day money back guarantee.

However, they all have excellent speeds and massive server networks, so you're free to pick the one you like best.

How to watch the concert: Step-by-Step

If this is your first experience with a VPN, you might be slightly intimidated by the unknown technology.

However, you really shouldn't be, as it is effortless to use, and anyone can do it.

It is no different than any other app when it comes to ease of use. In fact, it is likely more simple than other apps. Here is what you need to do:

Use ExpressVPN to watch live.

When does the online concert take place?

The concert will take place this Friday, May 29th, starting at 8 pm local time.

This will likely be a different time for you, depending on where you are located, so make sure you find out when it takes place in your timezone.

Who'll feature in the show?

According to what we know, the reunion will include three of the original members – Gary Barlow, Mark Owen, and Howard Donald – as well as Robbie Williams himself.

As most likely know, Williams was a member until 1995 when he decided to take off and pursue a solo career. He temporarily returned to the group 10 years ago, in 2010.

As for the fifth original member, Jason Orange, he quit the band permanently in 2014, and will sadly not be coming for the reunion, sorry Jason fans!

As you can see, VPN has quite a significant use when it comes to unblocking content.

With the right service, you can unblock nearly anything on the internet from anywhere in the world, in this case, the Meerkat music concert.

The VPN services mentioned above are all capable of unblocking BBC iPlayer and other UK TV services that you might be interested in.

You can also use them to unblock other country's versions of Netflix, which will let you access different movies and shows.

And, of course, you don't have to limit yourself to the UK content, either. Pretty much any country in the world that has VPN servers in it is fair game for a VPN user interested in its Netflix, other streaming services, or other types of content.

Lastly, you can and should use a VPN for online privacy and security.

Reaching those is pretty tricky on the internet today, as every website collects your data, everyone with a bit of skill chases after online surveillance, and not to mention hackers, advertising firms, the government, and others who would keep an eye on you if they could.

You can block them all with a VPN and get rid of such concerns forever.

Robbie Williams and Take That are teaming up for another big concert during the lockdown, and anyone will be able to watch it for free, as long as they are located in the UK.

If you are not, the only way to do it would be to use a VPN and appear to be in the UK by connecting to one of the VPN servers located in the country.

So, if you are a fan of the band, or even of Williams himself, you likely won't want to miss it.

The concert will take place soon, which is plenty of time to prepare. Do so now by following the instructions above, and enjoy the music as soon as it starts.