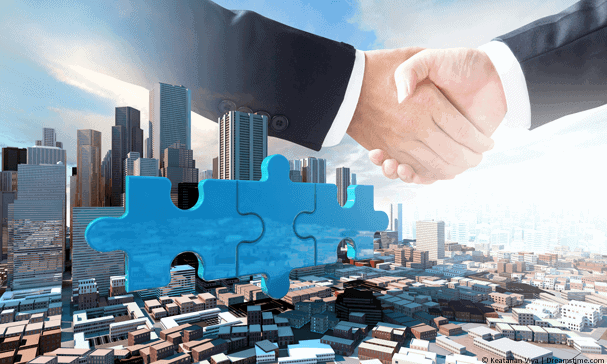 In a press release McAfee confirm they have brought the Canadian based VPN firm under their wing for an undisclosed sum.

Details of the deal are thin on the ground but with TunnelBear reporting that over 20 million users have made use of their service coupled with the fact they're “profitable”, it's unlikely McAfee will have picked the service up for small change.

Current TunnelBear customers will be pleased to know that McAfee has stated they have no intention of winding down the service or using it solely as an integrated feature in their security suite.

Instead they plan to continue the service as is for the foreseeable future with the intention of harnessing the power of the brand and technology to further boost the built in feature of their VPN service on their McAfee security suite.

McAfee already offers a built-in VPN service on their security software known as Safe Connect. It is this feature that will benefit most from the acquisition.

Ryan Dochuk co-founder of TunnelBear was upbeat about the acquisition saying that the backing of a leading cybersecurity company will allow the brand to flourish expanding into new markets and further developing its service.

The acquisition of TunnelBear by McAfee goes to further bolster the mainstream position that VPN services are now taking.

Previously reserved for tech-geeks and the privacy-conscious, VPN services are now seen ever more as a simple extension of online security.

The fact companies such as McAfee and other traditional virus-scanner companies are packaging VPN services into their security-suites shows that usage and consumer knowledge is growing. It also further shows the need for using a VPN is becoming essential, equally as important as virus and malware protection.

This isn't the first time McAfee has delved into the VPN market. They currently offer a SafeConnect feature built into the McAfee security-suite which is powered by AnchorFree, the company behind HotSpotShield.

More recently they became the power behind the Samsung Galaxy S9's VPN function by providing the technology to power the service.

TunnelBear has taken a leading role in the VPN industry but was recently embroiled in somewhat of a security scandal after a security-researcher found the service to be leaking users' personal details.

Not the first to buy up VPN real estate

McAfee joins a growing list of traditional security companies who have recently purchased VPN providers to add value to their security products.

Probably the largest purchase was by free anti-virus firm AVG who picked up Privax, the parent company behind the extremely well-known and comical sounding HideMyAss company in 2015. An acquisition that made founder Jack Cator an overnight millionaire.

Symantec the company behind Norton Anti-Virus and Norton Security purchased SurfEasy VPN from Opera Software last year which itself was originally acquired back in 2015.

The future of VPN products clearly lies within consumer security software. Brands that are well-known and have been trusted for years will find it easier to integrate VPN solutions within security packages rather than to be sold as a standalone product.

As we move forward the VPN industry will no doubt constrict into bigger players dominated by the likes of McAfee with other already established large VPN providers such IPVanish, ExpressVPN and NordVPN continuing to offer an alternative standalone service.

The TunnelBear acquisition is likely to be good news for consumers because those who know least about protecting their privacy via products such as VPN will now be able to enable at the flick of a switch within their already existing security solutions.