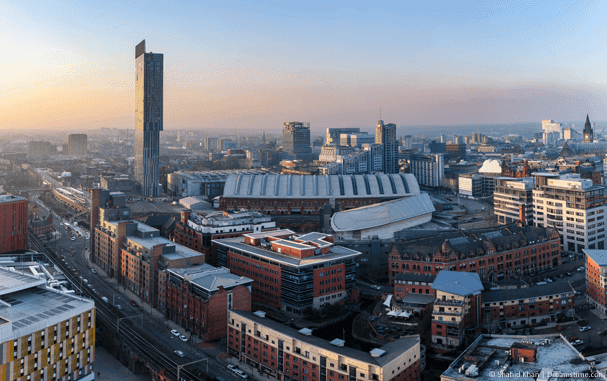 Manchester in the UK is quickly becoming a hub for VPN privacy companies to set up camp as 36% of leading providers now offer Manchester based connection points.

There's a lot of talk in the UK about the Northern Powerhouse made up of core cities such as Manchester, Liverpool and Leeds.

Our latest research suggests that Manchester is leading the tech northern powerhouse as leading privacy companies from around the world have opted to place their second-city servers there, after London.

What is a VPN

A VPN is a completely legal service aimed at protecting your online privacy. By using what is called encryption a VPN scrambles all of the data passing from your devices such as your computer or phone and passes it to a third party location somewhere else.

The result is nefarious hackers or companies in between can't track what you are doing. VPN use is especially beneficial when using public Wi-Fi because of the insecure nature of it and it stops others from snooping on your personal information or accessing your accounts while you sip a coffee.

VPN services are also able to help people access services while abroad such as their Netflix or Sky accounts which would otherwise be blocked due to their location.

London as the centre of UK internet is regularly the place where VPN security companies have opted to place their servers to allow users' secure data to flow through. Manchester is now leading the way as the UK's second most popular security city and has quietly grown to be the most featured outside London.

We researched the 50 leading VPN companies and found that a massive 36% of them now offer VPN servers in Manchester. From a total of 50 providers, 18 had Manchester based VPN servers, 21 didn't and a further 11 had VPN servers in the UK but we were unable to ascertain the exact location of these. 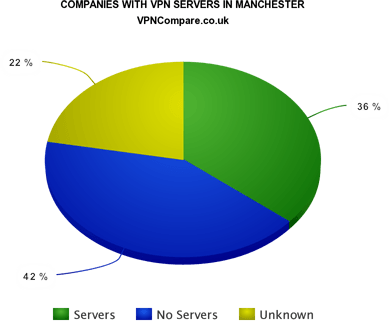 We spoke to Romanian based VPN provider VPN.ac who had recently opened their first Manchester based VPN server a few days ago to find out what the attraction was for privacy companies.

Liviu Flesar lead technician at VPN.ac revealed “We have quite a few users in UK and this brings yet another local option to them, also for expats who want to connect to UK, can only be better as an extra option.”

He went on to explain that Manchester-based VPN servers give “better latency for many users within UK who live in the Northern region” which improves speed of access.

VPN.ac aren't alone in their Manchester expansion with leading providers IPVanish and NordVPN amongst others also offering Manchester options.

Manchester's slice of a growing industry

VPN services used to be reserved for remote workers to access internal company networks but with huge privacy breaches in recent years everyday users are now understanding their benefits.

In a recent survey carried out by YouGov, it found that 16% of all British adults on the internet either use or had used a VPN in the past. With 44% and 37% of those using them were for security and privacy reasons respectively.

With the VPN market expected to be worth in the region of 106 billion dollars by 2022 Manchester is now firmly placed as a privacy location for many of the world's leading VPN services and the second most popular outside the capital.