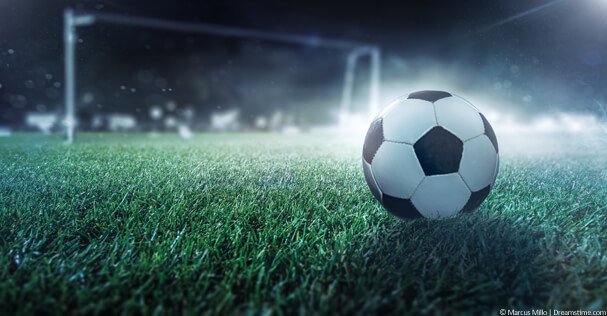 As you probably already know, the FA Cup is the biggest club cup competition in the UK and on Saturday 18th the final is taking place.

This time, in the finals, we have one of the biggest leading teams – Manchester City, who will face off against Watford. Now, while Watford is not a bad team, they’re definitely the underdogs in the final.

Not to mention the small fact that Manchester City has been chasing three titles this year.

After already picking up the Carabao Cup and by the time this final takes place likely to have been crowned this year’s Premier League champions they’ll be hoping to add the FA Cup to their triple success.

Of course, anything could happen, so there is more than enough reason to watch the match, but this can be hard if you live outside of the UK.

Thankfully, there’s a straightforward solution and below I’ll be showing you how you can watch the final anywhere.

When does the FA Cup Final take place?

The FA Cup will take place at London’s Wembley Stadium, and the match is scheduled for May 18th of this year, at 17:00 BST.

Fans from around the world are already planning to be there, but if you cannot be there yourself – you can do the next best thing, which is to watch the live broadcast.

What do you need to watch the FA Cup?

If you live in the UK, or you will be visiting the country at the time of the match, you can watch it on TV by tuning into the BBC, or use BBC iPlayer to watch it online.

However, if you live outside of the country, or you plan to leave on a trip at the time of the match – you will be find you can’t access the service.

The UK is known for geo-restrictions and blocks, and the only way to access BBC iPlayer is to use a VPN, such as ExpressVPN.

With it, you can watch the match from anywhere in the world.

There are many VPN providers, but we recommend ExpressVPN as the best choice for this kind of thing.

It is the fastest, great for sport live streams, and you get a 30-day money back guarantee.

Alternatively other VPNs that will unblock BBC iPlayer for you are NordVPN and CyberGhost VPN and you are free to choose.

How to use the VPN to watch?

Using a VPN is easy.

Within a few minutes you’ll be set up and ready to watch the final leaving you more time to get the beers extra cool or spend time with your family before switching off and concentrating solely on the football.

Just follow these few steps, and you will be able to watch all the action live.

How did they both get here?

Manchester City secured their spot in the final after beating Brighton 1-0 in the first semi-final.

Meanwhile, in the other semi-final, Watford managed to beat Wolves 3-2, barely managing to secure their place in the 104th minute of the match.

Now, the two are facing one another, and if you’re a fan of either team or even a neutral it’s one you won’t want to miss.

Man City or Watford, who will win?

Of course, this is the most important question.

The fact is that anything can happen, even though the odds appear to be against Watford when it comes to this one. While Manchester City remains a fan favourite, this is not a guarantee of victory, as has been proven time and again in the past.

The fact that no one knows what to expect is the best thing about the match, so definitely don’t forget to watch it live for yourself.

City have already shown the strength of their resolve when playing against Brighton with an early Gabriel Jesus goal to secure their place in the final and with their recent form in the EPL they’re a force to be reckoned with.

As for Watford, the team struggled in their semi-final, but still managed to pull through thanks to Gerard Deulofeu, and Troy Deeney.

But, as mentioned, Manchester City comes as a fan favourite and anything but a win will be a shock to most.

Manchester City v Watford will be one of the top UK football events of the year, and no matter where you are, you should be able to watch it live and witness the match for yourself.

And, if you need to travel outside of the UK when the match takes place – you can still enjoy all the action live on BBC iPlayer by merely using a VPN.

The same is true for expats or even those who never set foot in the UK, but are excited about the match.

ExpressVPN is our recommended VPN choice for watching the match but there are other good choices too.

Sign up for their service, download their app, connect to one of their UK locations and enjoy watching the UK’s biggest club cup competition wherever you find yourself in the world.