Home » Entertainment » Is Lord of the Rings on Netflix UK? Answered!

Is Lord of the Rings on Netflix UK? Answered! 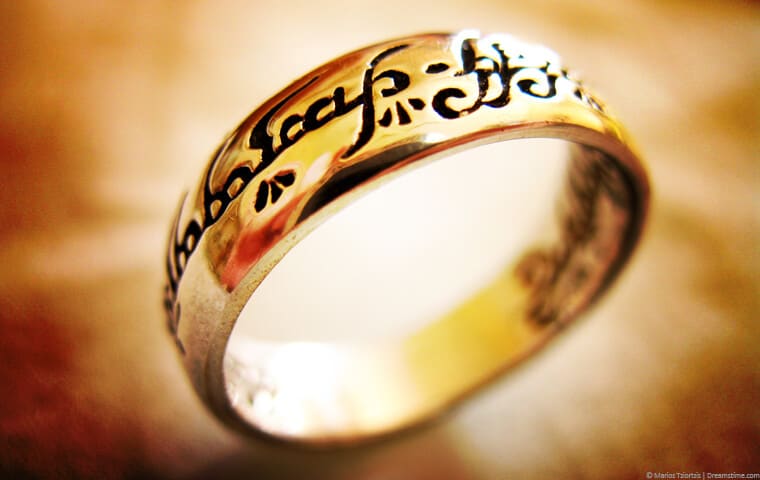 It would be great to watch Lord of the Rings right now, wouldn't it?

But is it available to stream on Netflix?

I'll be answering this question so you can get watching.

The Lord of the Rings trilogy has been a massive game-changer in the literature department, and today, many take it as THE series that made fantasy popular.

When the movies were released in the early 2000s, that sparked a trend that we can still see going strong today.

Due to its being a brilliant series in both book and movie format (as well as games that followed), the Lord of the Rings series is something that everyone should watch and experience.

So, we wanted to see if it's readily available to UK citizens, and that means searching for it on Netflix.

Keep scrolling to discover the answer.

So, is it on UK Netflix?

Even though J. R. R. Tolkien spent a significant part of his life in the UK, the movies inspired by his book series are not available on the UK Netflix service.

But as you'll find out later, there is a way to unlock it!

While this is extremely unfortunate, and many would argue that it is not fair – streaming rights and licenses seem to be preventing Netflix from bringing Lord of the Rings to the UK citizens.

The trilogy IS on Netflix, that much we can say for sure; only it is a part of other regions' catalogues.

Fortunately, you can unblock it, but you will have to use a ‘VPN app‘ in order to do it.

VPN, or Virtual Private Network, is an online privacy service that comes as an app.

As such, it features a network of ‘servers' around the world.

Connecting to any of these servers will hide your location and make it seem like you are located in the same region as the server.

That means by using a VPN you can fool Netflix into thinking you're in another country, letting you access a whole load of new films and TV shows, including the LOTR trilogy.

How to use a VPN to unblock LOTR?

Since the problem of LOTR not being on Netflix is a geographical one, a VPN is a perfect tool to use to resolve it.

If you never used one before, you don't have to worry, as using these tools is effortless – it's just like using any other kind of app.

Not all VPN apps work with Netflix so you'll need to use ExpressVPN, as it is the best option for unblocking and streaming Netflix.

Watch the Lord of the Rings in the UK with ExpressVPN.

Once you're connected open the Netflix app or visit their website and get watching.

What's the Lord of the Rings about?

As mentioned, the Lord of the Rings consists of three movies – The Fellowship of the Ring, The Two Towers, and The Return of the King.

The Fellowship of the Ring

The first one starts the story, which begins by telling the tale of a great evil that existed, and was seemingly destroyed thousands of years ago by the union of Men, Elves, and Dwarves.

All that remains is the Ring of Power – an artefact created by the Dark Lord Sauron who made it to corrupt others.

But, the ring, known as One Ring, was lost in time, until it resurfaced thousands of years later.

That is when the journey to destroy it begins, while the ring that can corrupt even the strong and the mighty finds its bearer in the world's smallest race of sentient beings.

The second movie continues the story, and it follows different members of the Fellowship that were formed to deliver the ring to a single place where it can be destroyed.

The Fellowship was broken near the end of the first one, but its members still fight for their cause in their own way and location.

The plot thickens, new beings and details of the world are introduced, and naturally, the Fellowship keeps getting in all kinds of trouble, learning just how dangerous the world of the Middle Earth is.

The Return of the King

Finally, the third, and the last movie in the series brings the final confrontation with evil.

It features epic battles that no one has been able to outperform to this day, 20 years since the movies first came out.

It shows that physical strength, height, and other such attributes are not what defines one's worth, but it also shows how important it is not to go alone through life.

The last movie ends the story of the One Ring, with yet another confrontation against the ancient evil, and it is definitely worth a watch.

Who stars in Lord of the Rings?

The Lord of the Rings has a vast number of characters, and so quite a few actors and actresses have filled up the roles.

Lord of the Rings is considered to be one of the most important stories in fantasy, and the fans around the world were thrilled to see how well the movies were when they originally came out.

Not only that, but they are still excellent to this day, and I can't believe they're nearly 20 years old.

If you are in the UK, however, it is not possible to watch – at least not on Netflix – as the movies are not a part of the Netflix catalogue for the UK.

However, that can be fixed simply by using a VPN from ExpressVPN and changing your location to one of the many countries that do have access to it.

Allowing you to sit back and enjoy Middle-earth anywhere in Great Britain.