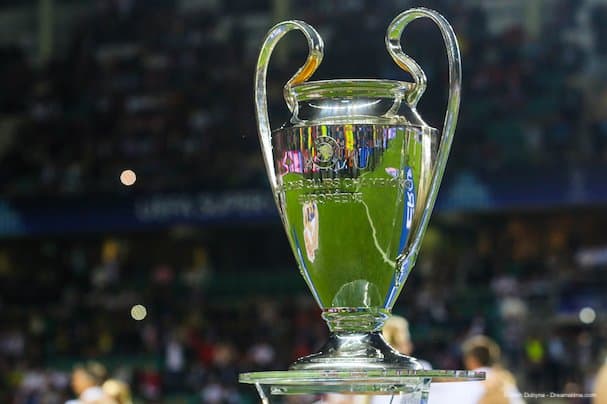 Football! What a game it is! After two of the greatest comebacks in Champions League history, the all-English final that everyone dreamed about is on!

Liverpool came back from a three-goal deficit against the mighty Barcelona to secure their place in the final.

After being defeated by Real Madrid in the final last season and with Man City pipping them to the title, surely Jurgen Klopp’s free-flowing side can’t let another trophy slip through their fingers?

Spurs also found themselves three goals behind to Ajax in their semi with just 45 minutes to play.

An astonishing Lucas Moura hat-trick saw them through with the decisive goal coming in the 96th minute. It is their first ever Champions League final and if there is one team with as much attacking verve as Liverpool, its Tottenham!

This is one Champions League final you cannot afford to miss. But if you don’t want to cough for an expensive TV subscription or squeeze into a crowded pub, options are limited. But, if you have a VPN you can enjoy the whole game for free.

In this article, we will show you how to watch the Liverpool v Spurs Champions League final live, no matter where in the world you are.

When is the Champions League Final?

The Champions League Final between Liverpool and Spurs will be played on the 1st June. The kick-off time will be 8 pm (BST).

If you are planning to watch the game from outside the UK, be sure to check what time that will be where you are. You won’t want to miss a moment of the action in this game.

How to stream the game for free

In the UK, the Champions League Final will broadcast live and exclusive on BT Sport, an expensive satellite and cable TV channel most people aren’t signed up for (although if you’ve got BT Sport, read further down on how to watch it outside the UK).

The great news is, this year BT Sport are streaming the Champions League Final live on their YouTube channel. Best of all, it’s completely free to watch without a subscription.

If you’re in the UK then simply head over to their live stream page where you can watch for free.

If you’re outside the UK you’re going to need an additional tool called a VPN that allows you to pretend you are in the UK.

For this I recommend ExpressVPN although there are other good options and my top choices are:

How to live stream the Champions League Final

You can get things set up in minutes, giving you plenty of time to savour the atmosphere and anticipation before the big kick-off. All you have to do is follow this simple step-by-step guide:

It’s as reliable and straightforward as that. So, there’s no excuse not to enjoy the game.

Let the kids stay up past bedtime; invite all your mates round with a few tins. However you choose to watch, make sure you do!

ExpressVPN will do the job, but so too will the likes of NordVPN and IPVanish.

Just connect to a UK based server and then log into your account as normal. You will then be able to watch the whole game live no matter where in the world you are.

Where is the Champions League Final being played?

The Champions League final between Liverpool and Spurs will be played at the Wanda Metropolitano Stadium in Madrid, Spain.

This brand-spanking new stadium is the home of Atlético Madrid. It only opened at the start of the 2017/18 season and offers all the comforts and commodities you would expect from a state-of-the-art modern stadium for all of the 68,000 fans who will be packing it out on June 1st.

With just 16,000 seats available for fans of each team the chances of getting a ticket are small – so do the next best thing and stream the action live at home.

The biggest trophy in European club football, the Champions League.

Liverpool has plenty of experience on what is the biggest stage of them all. They have won the title five times, most recently in 2005 and were losing finalists last season.

For Spurs, this is a step into the unknown. This is only the fourth season they have even qualified for the Champions League and they have never progressed beyond the quarter-finals before.

But if this season’s semi-finals have taught us anything, it is that anything can happen in football.

How long is a piece of string?

It is impossible to predict the outcome of this game between two exciting and attacking English teams who know each other so well.

On balance, Liverpool are probably slight favourites. Their more considerable European experience will count in their favour and they have beaten Spurs 2-1 home and away in the league this season.

They overcame Barcelona without two of their main attacking threats in Roberto Firmino and Mo Salah. Both are expected to be back for the final, which is ominous for Spurs.

Spurs too were missing a key attacker in the semi-final with Harry Kane currently crocked. He is less sure to be fit for the final but with creative talent such as Christian Eriksen and Son Heung-min, they too can always score goals.

The key to the outcome could well be how the defensive perform. Both have had ups and downs this season, meaning this final really is on a knife-edge. Who do you think will come out on top?

Yes. Using a VPN is completely legal in the UK and the majority of other countries around the world.

They are primarily an online security and privacy tool. The ability to unblock overseas streaming service is a side feature, but an extremely convenient one.

The Champions League final will be a huge game for Liverpool fans, Spurs fans, and English football fans. It is the final that promises to have everything and you won’t want to miss a kick.

If you’ve already got a BT Sport subscription, you can also stream abroad using the tips from above.

So sign up for ExpressVPN, download their app, connect to the UK and enjoy streaming the match live on BTSport’s YouTube channel wherever you are in the world.