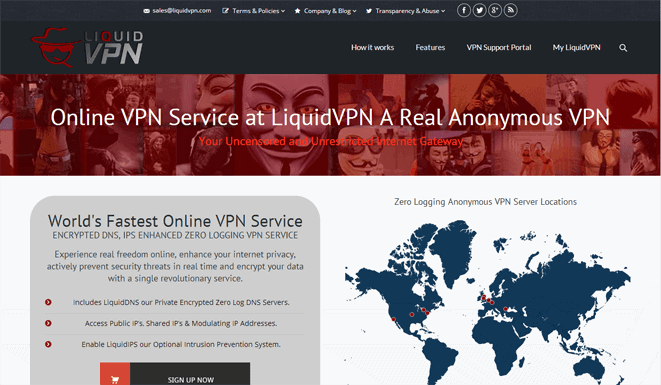 It seems only yesterday that I sat down and reviewed the LiquidVPN service. In fact around 8 months have now passed and generally in the VPN industry very few features are introduced in such a short period of time. While it is true that the major and even smaller providers usually consistently grow their network adding new servers and new server locations as well as remove the lesser used ones or ones that aren’t required, very few providers add many new features within such a short time frame.

LiquidVPN has been making leaps and bounds since our original review, so many leaps in fact that the service has changed rather dramatically since the initial review. Their service is still up there with the best of them in terms of speeds achievable but features wise the service has been rather beefed up. One of the initial positives of LiquidVPN was the size of the operation, being what could be considered a smaller provider allows changes to be made much more rapidly than a service that has many levels of management to oversee and vet new additions. This alone is probably one of the greatest assets of the business in its ability to shape shift and ultimately make changes and test new services at a much faster rate than a somewhat larger provider.

IP Modulation was one of the more quirky and somewhat exclusive features of the service. While the technology behind the system isn’t specifically exclusive to LiquidVPN the actual service is to my knowledge only offered by themselves. As a quick run down IP Modulation allows your IP to change on a regular basis while connected to the one server. If you visited our website for example then every individual aspect of the site that is required for it to be displayed is requested from your connection, on a normal service this would all be from the one IP address but with IP Modulation the IP pool rotates. Each graphic, html, script, css and every other individual aspect that makes up a website will be requested in theory from a different IP address. This is actually a rather good privacy feature and will obfuscate your usage. While the feature was available when we carried out the original review it has been enhanced and is now faster and with other features such as multi regional rotations apparently in the pipeline.

The public key infrastructure or PKI has been completely redone leading LiquidVPN to have an air gapped Cert authority server and secure intermediary CA. Continuing with security itself their RSA key has been upped to a 4096 bit key and the cipher AES-256-CBC now in use. The full network now makes use of TLS-AUTH with the ta-key. Those with a keen interest in security will no doubt appreciate these such progression. Perfect Forward Secrecy has also been enhanced re-negotiating every 20 minutes to further improve security.

A nice feature that is becoming popular is LiquidVPN have released their own private DNS servers. DNS servers provided by your ISP or other organisations can and do log your web requests, so while they can’t actually see what you’re browsing they can make a log of what sites you visit, meaning a whole history of your internet use could be stored. Making use of LiquidVPN’s own DNS servers removes this ability and so is a further privacy and security enabling feature.

When connecting to any VPN service you create a tunnel which in effect tunnels past your routers firewall which basically removes it’s ability to protect you from non-requested incoming attacks. For this reason alone a software firewall is an essential tool to combat this threat. While software firewalls are all well and good it is always best to have an extra layer of protection to guard against such nasties. This is where LiquidVPN have excelled and introduced LiquidIPS or better known as an Intrusion Prevention System.

Warrant Canaries became big news in 2013/14 with one or two VPN providers introducing them. While they have not been introduced across the board and remain somewhat legally untested they are considered in theory to be a good line in protection against government interference against the infrastructure of a VPN provider. Not long after our original review LiquidVPN introduced their warrant canary which regardless of their legally untested status serves at least to prove that they are making use of all available tools to further their commitment to their user base. Following on nicely from their warrant canary was the introduction of their Transparency Reports. These are reports of all DMCA and more type notices they receive across their network which opens themselves up to be as transparent as possible.

One of the most physically noticeable differences about LiquidVPN themselves is their website has had a complete overhaul. Their old website I considered “more budget scale” compared to other providers and while the actual website is of little importance in reality it is nice to see a newer more professional polish giving their website that bit more authority than previously. Coupled with the updated design are easier access to critical areas as well as a huge range of guides to get even the beginner started. Furthering their web presence their Terms of Service has been completely overhauled to be more user friendly and in-depth than previously making them easier to understand in layman’s terms.

Further smaller additions include offering remote support and installation for those who need assistance, modifying their service packages by adding extra value to their 2nd and top tier packages which includes a greater number of connections. New servers, countries and IPs have also been added to the service. 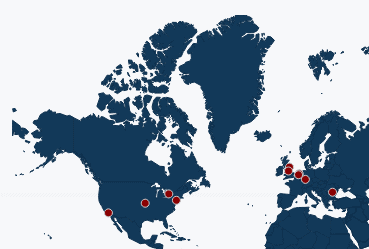 After some concern about upholding their logging policy LiquidVPN removed 3 US locations although this was compensated by the introduction of newer servers in different locations within the US.

If you’re interested in giving LiquidVPN a whirl or want to check out their new features we have an exclusive 20% off discount code which can be activated by following the link below.